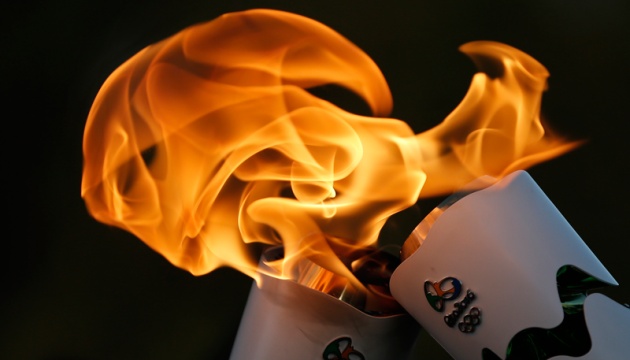 Mega event of  Olympics 2016 is scheduled to be held in Rio de Janeiro from 5th August to 21st August, 2016. For hosting this multi-sports event a bidding was called by IOC (International Olympic Committee) in the year of 2007, many countries submitted their applications to get hosting of this wonderful event. Finally, in 2008 the IOC short listed 4 names of cities for hosting the event (Chicago, Madrid, Rio de Janeiro and Tokyo). In the end, Rio was chosen to host this great gaming event. Tokyo was included in the short listed cities which will host the next 2020 Olympics.

In fact, I am not good in having knowledge about different cities of the world, but when I heard that Rio de Janeiro won the bidding to host the Olympics 2016. I got excited to know more about the selected city, and started exploring different websites to get further information about the city which revealed Rio de Janerio city name is also spoken as RIO ( in Portuguese it means "River of January".) and it is one of the second biggest / populous city of Brazil. Tourists are largely attracted by this city being famous because of its historical importance. The city is also prominent because of Cultural heritage, Beaches, gigantic monuments and Mountains.

One of the most attractive feature for tourists in this city is to see the gigantic statue of Jesus (known as "Christ the Redeemer")  located on the top of Corcovado, a mountain in the centre of city of RIO. The height of that statue is nearly 38 metres which is viewable from large distance. Its attraction could not be resisted by the tourists hence visitors are  pushed to reach the peak of mountain to fully enjoy the view.

A View of the RIO

The tradition of lighting of torch is almost 3000 years old, this practice was first adapted by Greeks who had believed that fire is like a divine or absolute power, so in ancient times it was tradition to lit fire in front of temples. Keeping that tradition alive on the first eve of Olympics in OLYMPIA, first torch was lit with the use of a mirror called "Skapinha" (a concave type mirror which converges the light of the Sun to lit fire). This action depicts the purity of games.

Showing the traditional way to lit  the Olympic Torch as done by Greeks centuries ago:

Thousand of years have been passed but this tradition is still alive and the Torch is still lighted with that concave type mirror to keep the history intact. The torch starts its travel from Olympia in Greeks and after completing the relay, it finally reaches at the host city.

The Torch of Olympics is a symbol of 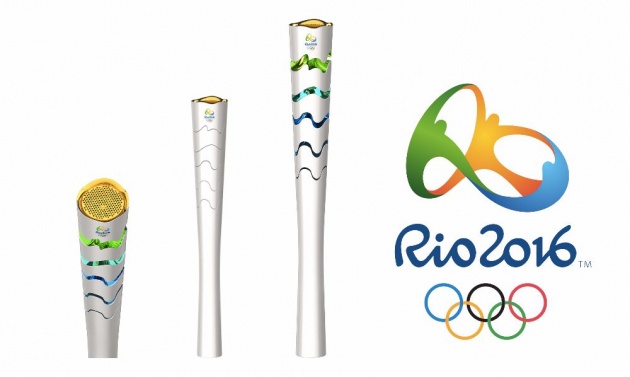 Rio Olympics torch's design is divided into a number of color divisions. As we can see from above pic that the Torch have different color portions from top to bottom. These portions are depicting some cultural aspects of the city of RIO. As the most upper part which is having gold color, that is showing that the Brazilians are brighten and illuminating things for this Olympics games, the next part which is just below from the top is showing the hills and curvy areas by green color. and then the blue color is showing the blue Sea in the land. So all in all the torch is really way to express the characteristics like unity, versatility, uniqueness and harmony of Brazilians.

On the event of every Olympics, the torch is lit and carried out in different parts of the country for seven days (this is a tradition and is still alive in the modern Olympics), after completing the relay or route in the Greeks, the torch started its relay route on 3rd May 2016 and during this relay it will go around at multiple places to keep the tradition.

Thomas Bach, The President of IOC in a meeting expressed as under:-

“Rio de Janeiro with the support of all Brazilians will provide a spectacular stage to showcase the best of the human spirit,” said Thomas Bach, President of the International Olympic Committee (IOC). “The Brazilian people will enthusiastically welcome the world and amaze us with their joy of life and their passion for sport.”

“The torch relay will spread the message of our shared humanity to all people of the beautiful country of Brazil, a nation that is built on the idea that its strength comes from uniting all of its cultural richness”

Finally, on 5th August 2016 after passing its 95 days in relay time, the torch will be taken in the Maracanã stadium at the eve of opening ceremony and then the flame's torch will be used to lit the Olympic Cauldron before the commencement of games. hence long journey of the torch will come to an end.

Matches and Games at Olympic 2016:

In the coming Olympics, first time in the history most games and matches will be played because of inclusion of new games in the Olympics. Everything has been planned according to the schedule. Almost 10,000+ athletes from all over the countries in the world are taking part in the first edition of games to qualify for the final games in Olympics. The process started in early 2014 and the games are on the way, soon the final list of all athletes will be given to world.

The schedule of the games has been uploaded at the official website. We can see all the details about all games in a much managed way. The list is managed in tabular style. 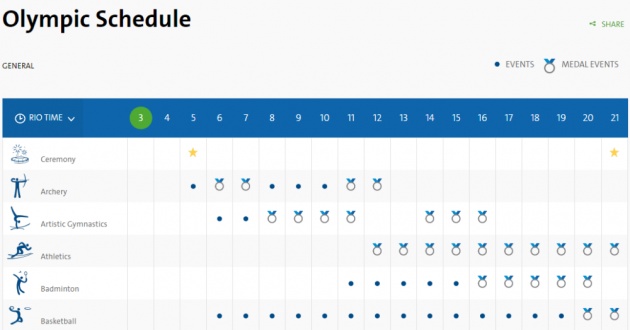 Source: Screenshot of schedule from official web of RIO 2016 Olympics

For full view of schedule please go to link https://www.rio2016.com/en/schedule-and-results

The Kits for all official team of RIO 2016 comprising of almost 87000 members has been revealed on 12th of May 2016. Kits are made in four colors like Red, Blue, Yellow and Green. Each color is given a specific task on the special day for example; RED color will be responsible for Medical Services. Blue color is for officials like Referees. Yellow is assigned to operational team of the event and the Green will be for those who will directly communicate with the public. 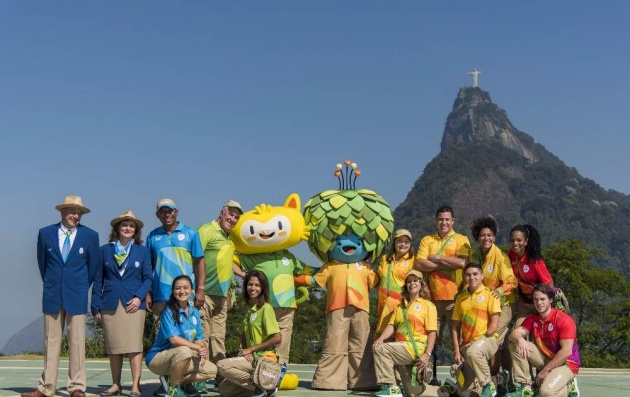 Video of making of Kit for Olympics 2016

The colors are really very helpful to identify something so the colors will also depict the culture of the RIO also. Their enthusiasm and love for making the RIO 2016 a successful and memorable event.

For details information about the venues please follow the link VENUES FOR OLYMPICS 2016.

2016 Olympics will be sponsored by many high profiles companies. The list of those companies have been published on the official web also. 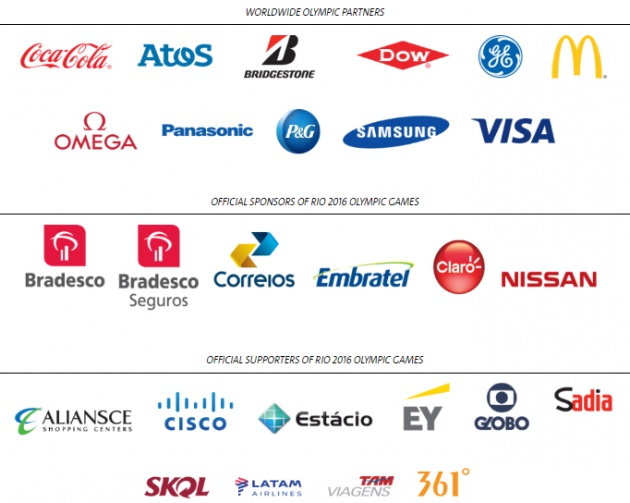 Countdown has been started for this coming event. All possible efforts have been made by team of Rio 2016. Lets hope that this will be a great event for promoting games by keeping the history alive.

I wish best of luck to all members who are putting their hard work for making this Olympics a successful event.

THE END OF MY BLOG

THINGS CAN BE BETTER

Photo Credit: www.pixabay.com INTRODUCTION: This blog tackles everything about the Martial Arts of …

Dress up your avatar for the 2017 NY Open Judo Championship, and Blog to earn higher rewards!

New York Open Judo - Join the Party and see the action "Querlo, a chatbot with a human touch, will …

The Start of the First Winter Olympics

On January 25th 1924 the first Winter Olympics, known as I Olympic Winter Games, started. This was t…

7 Sports which are not Very Famous

There are more than 8000 games considered as sports, played around the globe. However, most of them …