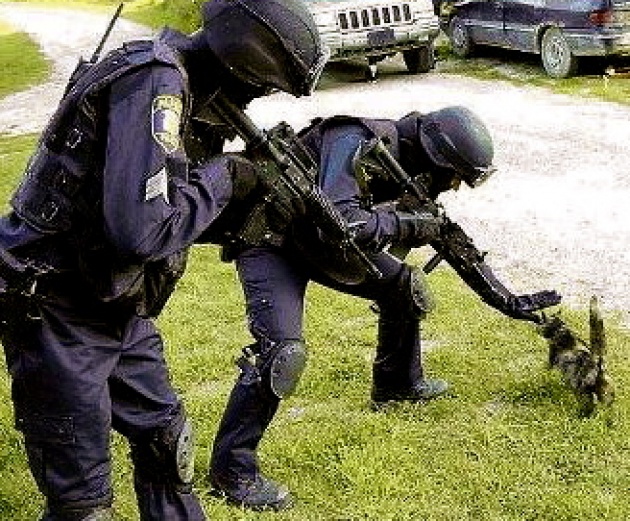 The performance of Marine Le Pen in French Elections, Geert Wilders in bringing down the Netherlands Government and similar rise of Greek, Hungarian and other European Far-Right coincides with economic turmoil. However, can the rise of these parties be directly traced to the global financial crisis of 2008 as perhaps the Tea Party. Further, is it fair to link Tea Party to a “far-right” political spectrum as the neo-fascists parties of Europe?

The neo-fascists parties have had a more consistent presence in European politics fanned by both nationalism and a xenophobia. (The path to inclusion and citizenship has traditionally been more difficult in European countries than US even as demand for “guest workers” fueled immigration). US politics also has had an undertone of xenophobia and mistrust of “the other.” However, America’s tradition of overt welcome to and assimilation of immigrants has tempered intolerance. However, from the Irish to Asian to Italian to Jew to Hispanic to Muslim waves of immigrants, the US was not as welcoming as mythology would convey – of course, we cannot exclude the attitude toward African-Americans as unwilling immigrants or toward Native-American (and many Hispanics) who have longest claim to this land. The KKK was not always the fringe, and its views were not only limited to the avowed extreme.

As in previous periods of economic turmoil and want the far-right has gained in both the US and Europe. However, the Tea Party does not have the longevity of most of Europe’s right-wing political movements. The Tea Party, one can argue, sprouted spontaneously from the dismay and frustration of the 2008 financial crisis. However, it is also evident that a splintered far-right in this country opportunistically and rapidly moved into the Tea-Party both as a broader coalescing movement and one that was without the stains of previous extreme right organizations. Perhaps it was not the Tea Party in its original inspiration that bears blame, but that it was almost inevitable that a delegitimized and dispirited extreme right would seize upon the opportunity. A black president and the fanned fear of the war on terror would provide both invective and cover.

That the Tea Party is not only an invaded host but even still in conflict within itself is proven by the highly contradictory marriage of religious zealots and secular economic conservatives, of authoritarian nationalists and patriotic libertarians. Unlike the Tea Party, already neo-fascist parties have their seed in ultra-nationalism and intolerance. The Tea Party though does not get that easy of a pass.

As the far-right in Europe, the Tea Party has increasingly employed economic turmoil, financial crisis and unemployment more as cover for extreme social and nationalist agenda than to urge/deliver solutions for what ails. The remedies offered by the far-right in the US and Europe are not responsive to the problem. Rather, they frequently embed the elite while striking out at the most vulnerable of society. Solutions may have the appeal of a home-remedy while at best doing little to restore and potentially much to harm. It is also inevitable that any war on “the other” in the end ever more expands the conflict, until in the US we reached the “war on Women.” In this sense, we should be grateful to Rush Limbaugh and religious zealots who had come to office under the banner of “restoring American freedom” for exposing their hate politics and anti-free society agenda – they just got a bit too cocky and a bit too early, (See our Blog for Film –“US on Wrong Side of War on Women”). They are by no-means weeded-out. Like the far-right in Europe, the extremists in this country have also been a consistent presence, but just more seasonal perhaps like weeds on a more lush lawn of prosperity and opportunity.

Photo from http://www.guysmith.org/blog/ "Fear the Pussy?"