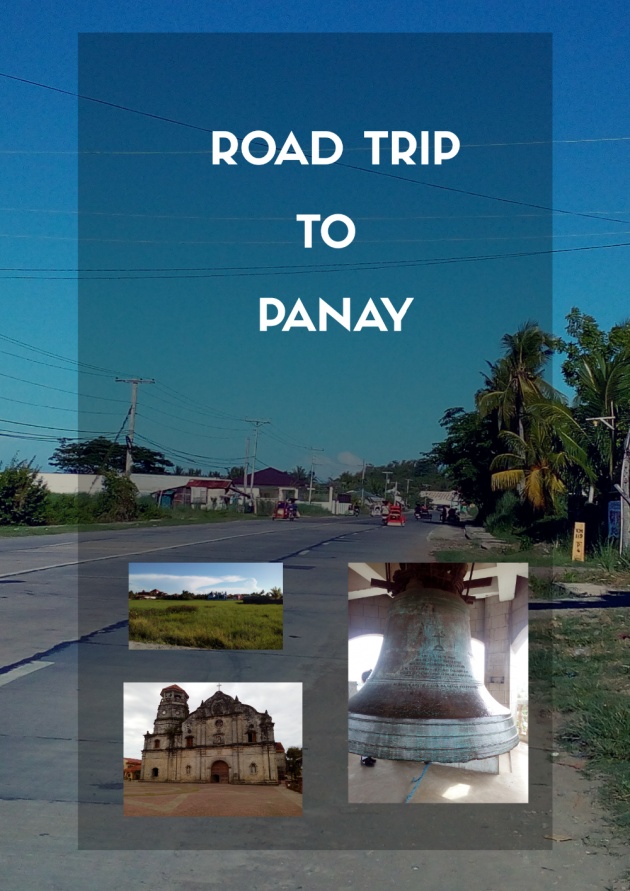 This was not originally on my list of blogs to do until this morning. My wife with her sisters and mothers and our kids went to Panay this morning. Their cousin who hasn't gone home for quite a while arrived the other day. I decided to take my bike and do a road trip to Panay.

Panay is known because of the biggest bell in Southeast Asia and the third in the world. This bell can be found in Sta. Monica Church or Panay Church. This made Panay one of the prime tourist destinations in the Province of Capiz.

Traveling from Roxas City to Panay

Going through the Banica Bridge is just one of the few exits from Roxas City to Panay. It is also the shortest way to Panay. 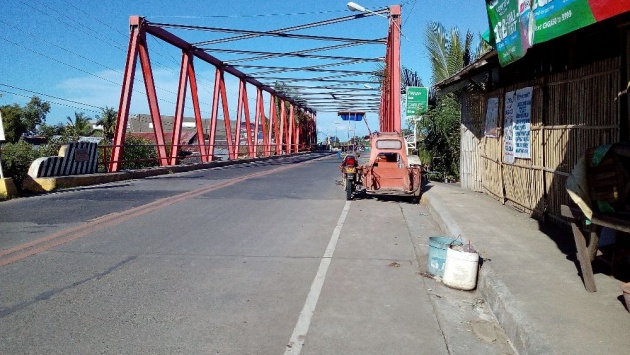 From the Banica Bridge to Panay I takes only about 5 minutes to travel from. If you don't have a car, you can take the tricycle, which the main mode of public transportation between the City of Roxas to Panay.

The Road to Panay

The Road to Panay is a concrete 4-lane highway. The traffic is usually light. The roadside is sparsely lined with residential houses mostly, you will see an open rice field or some wetlands. Some of these wetlands may have been fishing ponds where milkfish and prawns and crabs were grown. 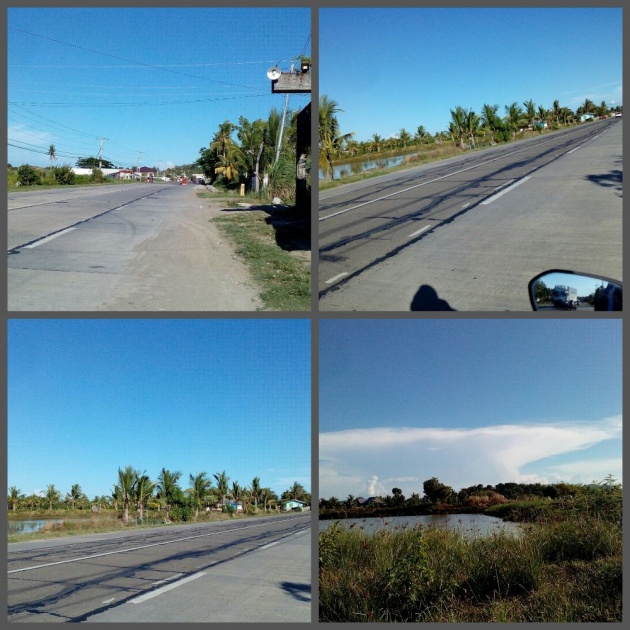 The road to Panay from Roxas City

Upon entering the town, however, the road narrows down to two lanes only. Then again, the traffic is always light. 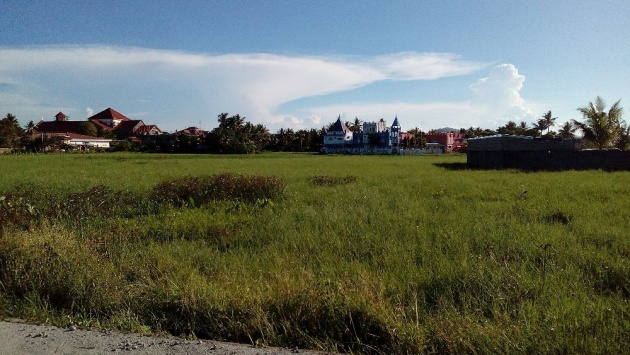 The Dream Palace Resort as seen from the highway

As travelers enter the town on Panay, the Dream Palace Resort is very much visible across the open rice field. Dream Palace has a couple of swimming pools. One for the adults and another for the kids which have a water slide.

Perhaps to emphasize the meaning of the word 'Palace', it was designed to look like a medieval palace. Inside, you will be greeted with large statues of Disney characters and statues of animals surrounding the pools.

For more photos inside the dream palace, please go to The Dream Palace Gallery.

Arriving at the Town Center

It took me approximately 10 minutes to arrive at the town proper from the Banica bridge. I was running only at about 40 kilometers an hour and stopped several times on the road to take some photos. But as I mentioned above, it would take usually about 5 minutes only. 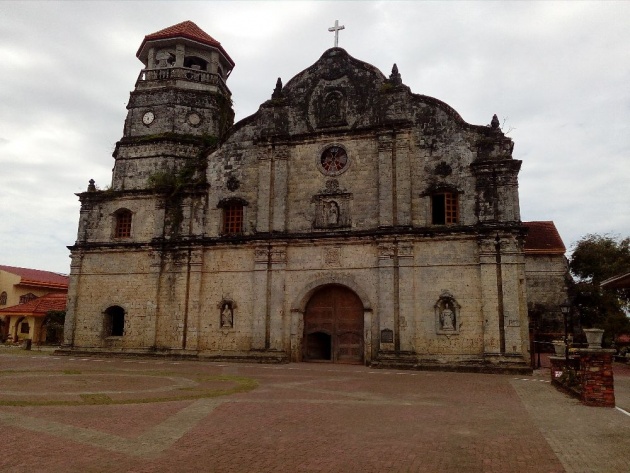 The Sta. Monica Parish Church is one of the oldest Church in the Philippines that still stands and still being used to date. Built by the Augustinian friars in 1884 and made of coral stones. In its bell tower is the biggest bell in Southeast Asia. 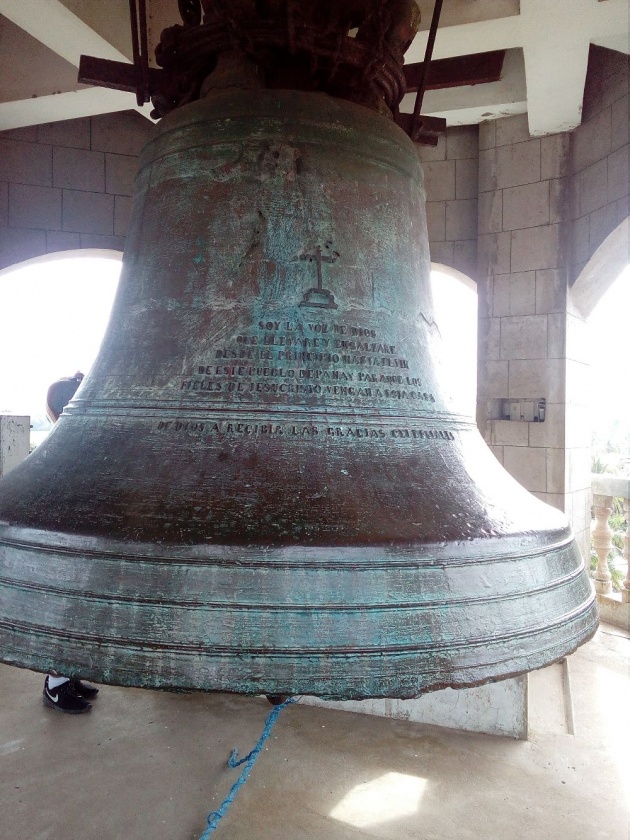 The Tenor Bell is the Biggest Bell in Southeast Asia

Image Credit: by @artbytes via bitLanders

The biggest bell is surrounded by 8 other smaller bells. The biggest bell or the Tenor Bell is made of seventy sacks of Spanish coins donated by the people of that town. It measures seven feet in diameter and weighs ten tonnes.

Currently, the Church is under renovation so I was not able to take a new photo. But the photo above and the replica below was taken in one of the visits to this Church.

A replica of the bell is placed on the side of the church. It was made and placed there for the people who can not climb the stairs of the bell tower to see the original bell.

I will make another blog about the Sta Monica Church and bell in the future.

The Panay Municipal Hall and the Sta. Monica Parish Church.

I took this video in front of the Municipal Hall and the town plaza. The words "Abante Panay" serves as the town's slogan. Abante means 'go forward'.

My road trip does not end here, however. My destination is still two barangay's away or approximately three kilometers more.

I did not stop to take some photos this time, but I took some photos during my last trip about two weeks ago. Panay is generally an agricultural town. It is surrounded by rice fields. 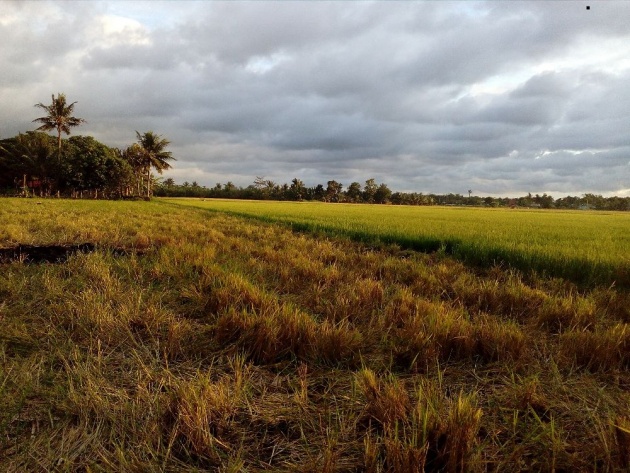 Rice fields are all around the municipality 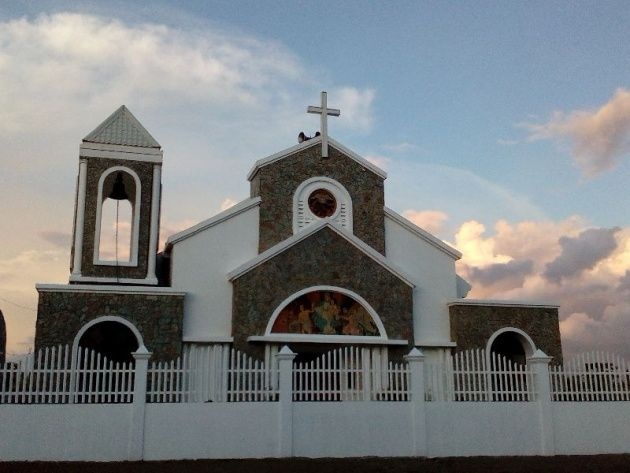 One of the mission churches in Panay

I got off from the highway and turned to a dirt road leading to my wife's relatives. Then I have to walk on a narrow dike between rice fields. The soft dike is wet, they have just planted a new batch of rice and water the field. I had to walk carefully.

When I got there, I was greeted by my son who was playing with his cousins. I met my wife's cousin who arrived from Manila a couple of days ago. It was the first time we've met.

It was rather a relaxing afternoon. The folks are playing cards as usual. Some of the men are drinking coconut wine or locally known as 'tuba'.

I left the place just after the sun went down. I had to walk through the narrow dike again in the dark. 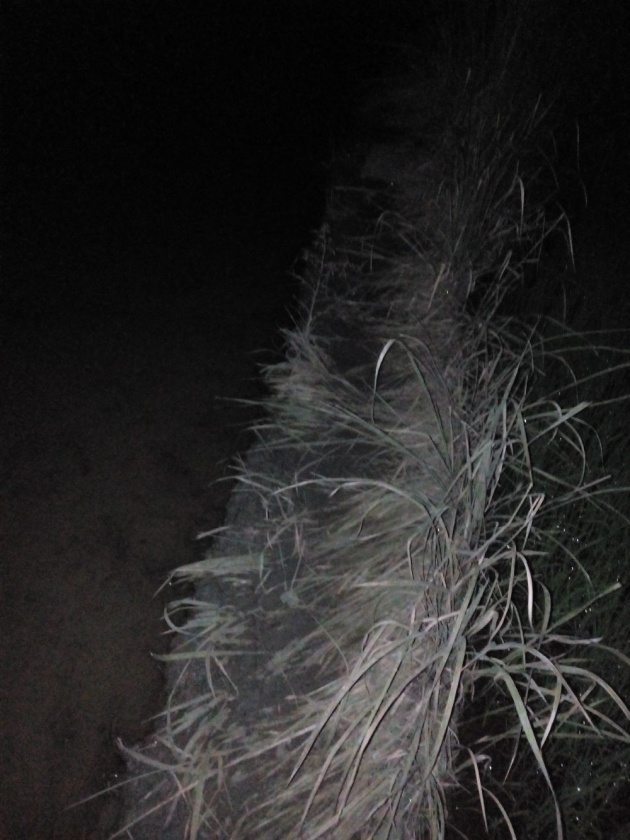 The wet and narrow dike. One false step, and it's mud on both sides.

I Wish I had a DSLR

Trips like this one make me desire to have a DSLR camera. There are some birds (and insects) that I see in these places that I don't see in the city.

I know this trip is quite uneventful, but taking a trip like this is relaxing for me.