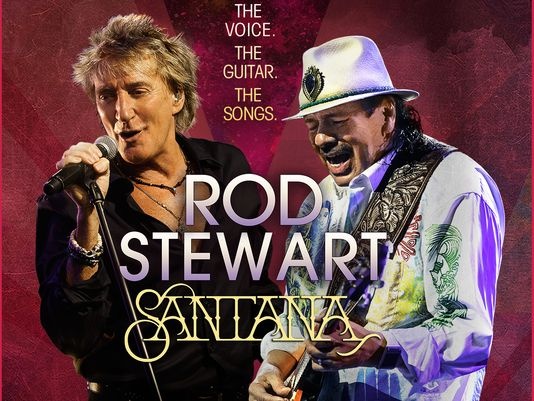 The Voice, The Guitar, The Songs kicks off May 23 in Albany, N.Y.

Rod Stewart and Santana, two of the rock era's biggest hitmakers, are joining forces for an 18-city summer tour dubbed The Voice, The Guitar, The Songs. It kicks off May 23 in Albany, N.Y., and tickets go on sale March 7 at 10 a.m. local time.

The double bill teams two of rock history's commercial titans. In a career spanning five decades, Stewart has sold more than 150 million albums worldwide. Last May, he released Time, his first rock album in a dozen years. It followed a successful series of standards collections.

Both have staged successful residencies in Las Vegas.

ROD STEWART AND SANTANA: THE VOICE, THE GUITAR, THE SONGS