“Rogue One: A Star Wars Story” is the king of the U.S. holiday box office with early projections of a $160 million haul over the six-day Dec. 21-26 period — though Disney’s Friday night projections were significantly more conservative.

Should the projections pan out, the eighth “Star Wars” movie will hit $350 million by the end of the holiday break, which would be its 11th day of release. Disney had announced Friday morning that “Rogue One” wound up its first week with $221.9 million domestically, including $15 million on Wednesday and $16.7 million on Thursday. Friday’s take was estimated at about $30 million.

Illumination-Universal’s animated comedy “Sing” is projected to come in a solid second with about $71 million over the six days, followed by Sony’s Jennifer Lawrence-Chris Pratt sci-fier “Passengers” at about $31 million and Fox’s videogame adaptation “Assassin’s Creed” at $28 million.

James Franco’s romantic comedy “Why Him?,” which opened with $975,000 in Thursday night preview showings, is forecast to finish the four-day weekend with about $16 million. The number for the Fox release is comparable to the ensemble comedy “Office Christmas Party,” which generated $950,000 in Thursday night previews for Paramount on its way to an opening weekend of $16.9 million on Dec. 9-11.

“Rogue One: A Star Wars Story,” playing at 4,175 locations, is already the 10th largest domestic grosser of the year after its first week, surpassing “Fantastic Beasts and Where to Find Them.” By the middle of next week, it could be in the fifth spot, eclipsing “Doctor Strange” ($227 million), “Suicide Squad” ($325 million), “Batman v Superman: Dawn of Justice” ($330 million), and “Zootopia” ($341 million).

“Rogue One” was released a year after Disney-Lucasfilm’s “Star Wars Episode VII: The Force Awakens” set a record with a $248 million opening weekend on its way to $948 million domestic total — also a record. It grossed $571 million in its first 11 days.

“Sing,” playing at 4,022 sites, is performing in line with expectations with an impressive $14 million projected take on Friday. The movie centers on a group of animals in a singing competition and has a voice cast that includes Matthew McConaughey, Reese Witherspoon, Seth MacFarlane, Scarlett Johansson, John C. Reilly, Taron Egerton, and Tori Kelly.

The film is the sixth collaboration between Illumination and Universal, the team behind the “Despicable Me” franchise and last summer’s “The Secret Life of Pets.” “Sing” cost a relatively modest $75 million to produce.

“Passengers” had been projected to land in third in the $30 million to $40 million range at 3,478 sites during the six days. The movie, set in a futuristic world in which the characters played by Lawrence and Pratt are awakened early from suspended animation on a deep space journey, carries a price tag of $110 million with financing from LStar Capital, Village Roadshow Pictures, and Wanda Pictures.

Action-adventure “Assassin’s Creed” had been projected to pick up around $30 million in its six-day opening at 2,902 sites. Michael Fassbender stars as a criminal sent back by a corporation to the Spanish Inquisition to relive the memories of his ancestors. New Regency produced “Creed” with a budget of $120 million.

Paramount is also expanding Denzel Washington’s drama “Fences” from four theaters to about 2,200 sites on Sunday. The film has grossed $175,182 in its first six days. Lionsgate’s “La La Land,” currently playing at 200 locations, will also widen on Sunday to 733 screens.

Paul Dergarabedian, senior media analyst with comScore, said that “Rogue One” should give the 2016 box office enough to finish even or slightly above last year’s total of $11.2 billion. He said 2017 is likely to be a record setter with titles including “The Fate of the Furious,” “Guardians of the Galaxy Vol. 2,” “Spider-Man: Homecoming,” “Fifty Shades Darker,” “Wonder Woman,” “Despicable Me 3,” and “Star Wars: Episode VIII,” to close out the year.
FILED UNDER:
Assassin's Creed
Passengers
Rogue One: A Star Wars Story 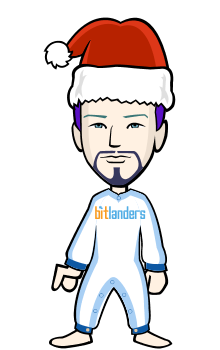