Hello Eveyone! Welcome to my 5th blog and I am going to write another Korean drama review. This Korean Drama is entitled “Romantic Doctor, Master Kim”. I'm quite sure that most of you(fan of watching Korean dramas) know about this drama because this drama reached number 1 rating in Korea when it was still airing. I watched this drama because I personally like watching Medical dramas like this one. I recommend this drama for you to watch if you are fond of watching medical dramas and especially if you want to be a doctor cause you will really be motivated (hehe), there are also many lessons and life quotes you will get from this drama. I suggest you find time to watch this drama but for the meantime please read my blog to have an idea how the story goes and for you to meet the character of this drama. :)

If there is something worse than failure, it’s regret. -Romantic Doctor, Master Kim. 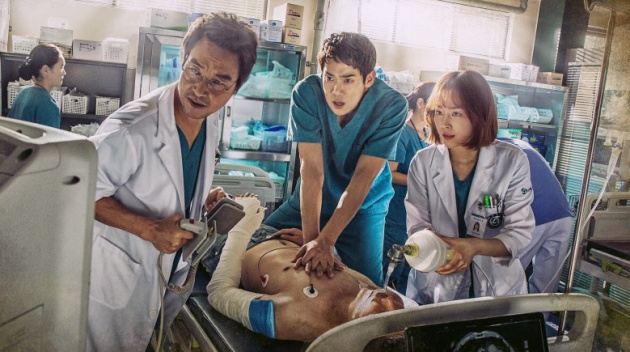 This South Korean Television Drama was aired every Mondays and Tuesdays at 22:00 Korean Standard Time. It was aired on SBS from November 7, 2016 to January 16 this year. The drama consist of 21 episodes with a running time of 60 minutes each episode. The 21st episode is a special episode.

This drama is about a very famous doctor, a triple-certified surgeon and a genius. His name is Doctor Boo Yong-Joo and has a Nickname "Hand of God". But after an incident he suddenly disappeared and changed his name to Kim Sa-Bu. He is now working at a small Hospital located in Gangwon Province and is now known as Master Kim. But nobody knew why he disappeared. Master kim has two favorite students at the present named Doctor Kang Dong-Joo and Doctor Yoon Seo-jeong.

A few years ago when Kang Dong-Joo was still young his father died at Geodae Hospital because the surgery of his dad was cancelled since the Doctor in-charge postponed it and went to operate a VIP patient. Kang Dong-Joo got angry and made a scene (wreaking everything in sight) in the hospital the day after his father died but a Doctor stopped him and treated his wounds that were due to the things he broke and told him:

“Don’t get revenge with anger, but with skill. Got that? If you don’t change, then nothing will”

Kang Dong-Joo did not see the doctors face but was motivated with what the doctor said. After a few years Kang Dong-Joo turned out to be a very good doctor and encountered many difficulties in the medical industry. He is then curious about the Doctor who made him the Doctor he is now and tries to find him.

CHARACTERS IN THE DRAMA

Doctor Boo Yong-Joo or also known as Kim Sa-Bu and Master Kim with the nickname "Hand of God" when he was still working on Geodae Hospital. He transferred to Doldam Hospital as Kim Sa-Bu. He is a triple-certified surgeon and a very respected surgeon at Doldam hospital.

Doctor Yoon Seo-Jung has a bright and warm personality and is a skilled surgeon at Geodae Hospital. She has also a strong desire to be recognized by President Do who is the one who raised her when she was young. But when her boyfriend died after rejecting his feelings she felt guilty and disappeared. She was lost in a mountain and got rescued by Master Kim and ended up working in Doldam Hospital. 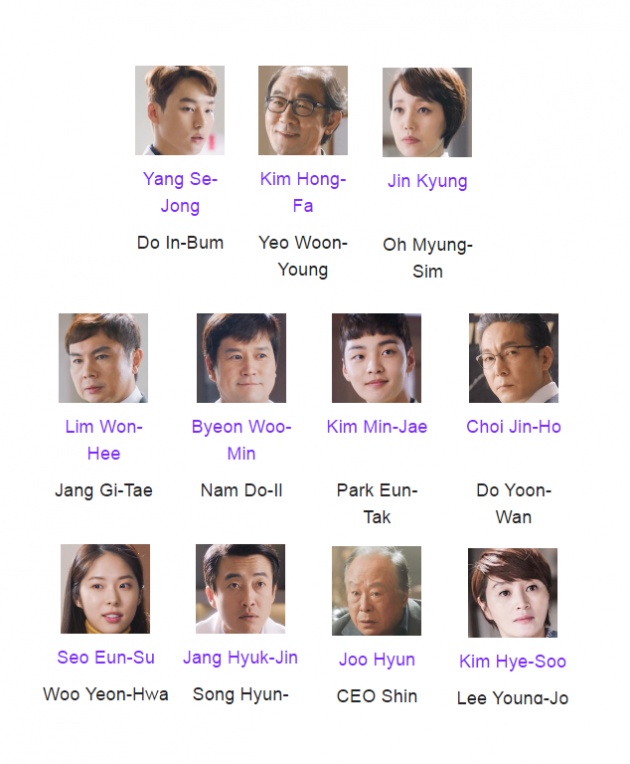 Photo Credit: Edited by me via http://asianwiki.com/Romantic_Doctor,_Teacher_Kim

He is the son of President Do which is the Director of Geodae Hospital. He is also a skilled and a good doctor but he feels inferior to Kang Dong-Joo because he has excellent skills.

He is the Director of Doldam Hospital. He is an old friend of President Do.

She is the Head nurse of Doldam Hospitals Emergency room. Her loud voice comes out when she is very angry.

He is now the manager of Doldam Hospital, he was promoted by President Do. He also has a crush on Nurse Oh Myung-Sim.

He is freelance anesthesiologist and he owned a restaurant near the hospital.

He is a Nurse at Doldam Hospital. He has a crush oh Doctor Yeon-Hwa.

Choi Jin-Ho as Do Yoon-Wan

He is the father of Doctor Do In-Bum and the one who raised Doctor Yeon Seo-Jung when she was young. President Do is the villain in this drama.

She was brought to the hospital because she was unconscious and the nurses found out that she haven't eaten any food that's why she passed out. Then she worked there to pay her hospital expenses. There was an incident where Yeon Hwa tried to treat a patient without the surgeons permission and was reprimanded. after that incident Yeon-Hwa left Doldam and returned as a GS which means General Surgeon. She also has a crush on Doctor Kang.

He is a Surgeon form Geodae Hospital that was transferred to Doldam to report any news about the heart transplant of CEO Shin to President Do.

He is the Hidden Chairman of Geodae Hospital. He needs a heart transplant and he only trust Master Kim to do his operation but President Do is doing everything to stop Master Kim from doing CEO Shin's Operation.

She only appeared in the 21th episode which is the special episode. She is the first love of Kim Sa-Bu and still has feelings for Him. Watched the movie to find out what happens to their love story. 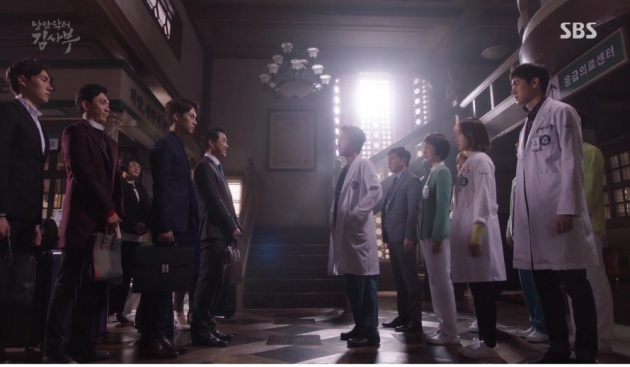 This is the part where the Doldam staff gathered in the lobby because the Doctors from Geodae Hospital are at Doldam under President Do's order. President Do did this for him to have more eyes and more people will report to him what is happening inside Doldam Hospital. 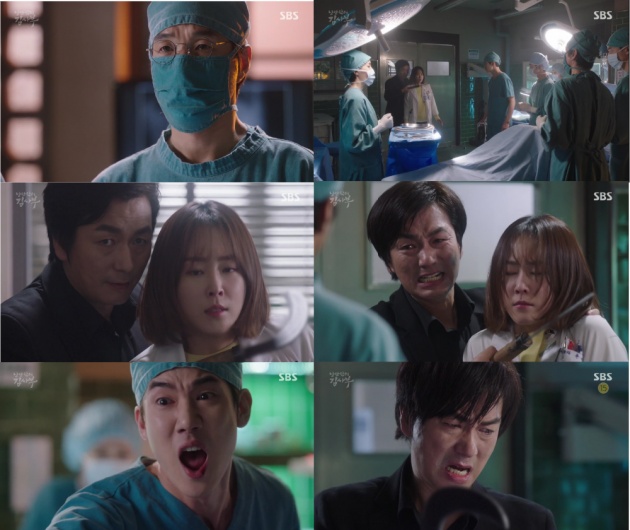 This is the part when that guy in a tuxedo is holding doctor Seo-Jung as a Hostage and is telling Master kim to stop the operation of the man who was stabbed. but Master Kim doesn't have any intention of stopping the operation and asked the man why he wants to let the patient die. The man answered that the patient was the one who raped her 11 year old daughter and wanted to get revenge by not letting the rapist live. Master Kim then said many things that let the father realized that what he is doing is not right. Watch the drama to see it for yourself it is really nice :) 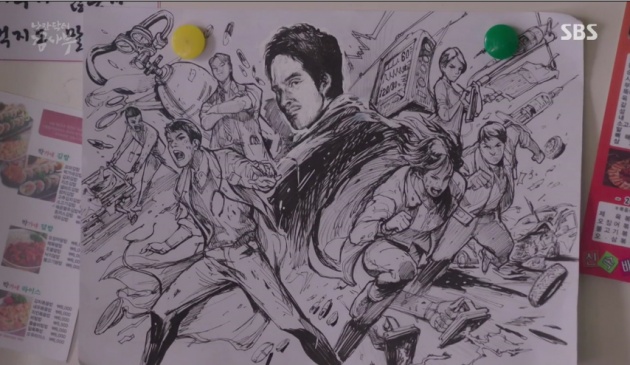 When I first saw this drawing in the drama it gave me goosebumps. This is a the drawing of one of their patients who is really amazed of their teamwork and made a drawing out of it. This patient is also a cartoonist and was searching for characters he will be using for his next book and decided to make the staff at the hospital as his characters. 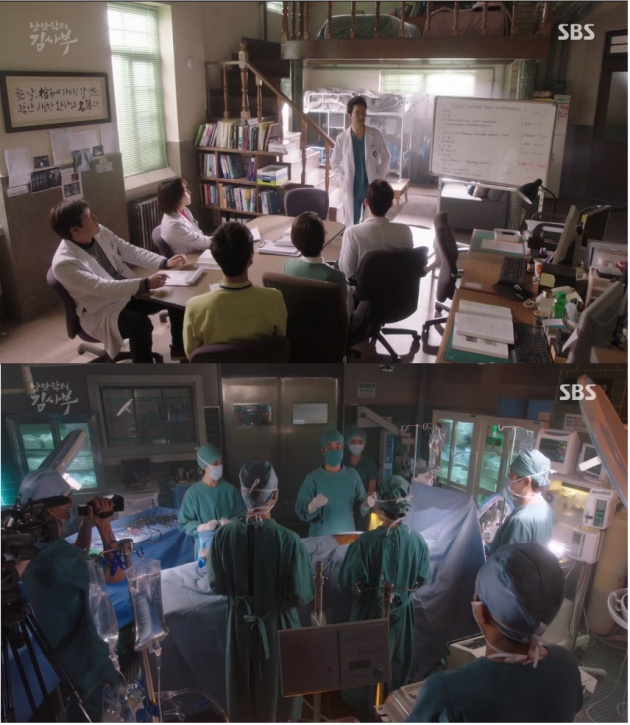 OFFICIAL SOUNDTRACK OF THIS DRAMA 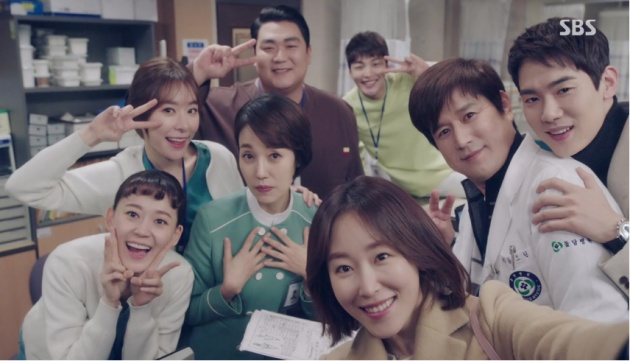 WATCH THIS DRAMA BY CLICKING THIS ---> ROMANTIC DOCTOR, MASTER KIM

Thank you for reading my Blog! Hope you like it and stay tuned for more Movie and Drama Reviews :)