Analysis: The agreement is a symbolic blow to US global financial hegemony and a signal of Russia-China rapprochement

In a symbolic blow to U.S. global financial hegemony, Russia and China took a small step toward undercutting the domination of the U.S. dollar as the international reserve currency on Tuesday when Russia’s second biggest financial institution, VTB, signed a deal with Bank of China to bypass the dollar and pay each other in domestic currencies.

The so-called Agreement on Cooperation — signed in the presence of Chinese President Xi Jinping and Russian President Vladimir Putin, who is on a visit to Shanghai — could be followed by a long-awaited announcement this week of a massive natural gas deal 10 years in the making.

“Our countries have done a huge job to reach a new historic landmark,” Putin said on Tuesday, making note of the $100 billion in annual trade between the two countries.

Demand for the dollar, which has long served as a safe and reliable reserve currency in international transactions, has allowed the U.S. to borrow almost unlimited cash and spend well beyond its means, which some economists say has afforded the United States an outsize influence on world affairs.

But the BRICS countries — Brazil, Russia, India, China and South Africa — a bloc of the world’s five major emerging economies, have long sought to diminish their dependence on the dollar, as a means of reshaping the world financial and geopolitical order. In the absence of a viable alternative, however, replacing it has proven difficult.

For its part, “China sees the dominance of the dollar in international trade transactions as remnant of American global dominance, which they hope to overthrow in the years ahead. This is a small step in that direction, to reduce the primacy of the dollar in international trade,” said Michael Klare, a professor of peace and world security studies at Hampshire College.

Some have been tempted to view Tuesday's deal in the context of Putin's showdown with the West over the crisis in Ukraine. After the U.S. and Europe imposed sanctions on Moscow for its annexation of Ukraine's Crimean Peninsula, Putin may have finally come good on promised retaliation against what he views as Western hegemony in Russia's near abroad.

“Breaking the dominance of the U.S. dollar in international trade between the BRICS is something that the group has been talking about for some time,” said Chris Weafer, a founding partner of Macro-Advisory, a consultancy in Moscow. “The Ukraine crisis and the threats voiced by the U.S. administration may well provide the catalyst for that to start happening,” he added.

To be sure, the Russia-China bank deal is mostly a symbolic step. Liza Ermolenko, an emerging markets economist at Capital Economics Ltd. in London, said the deal was still “a very small one, in the grand scale of things” and that it wouldn’t change Russia’s reliance on the dollar “overnight.” For one, most of Russia’s export contracts in the oil and gas markets are still priced in dollars, she noted, and on a wider scale, replacing the dollar with the ruble is much too risky to even consider.

Likewise, even if China agrees to the gas deal, which could see over $450 billion of Russian natural gas flow into China over the next 30 years, Russia is not in a position to abandon its ties with Europe.

"From the commercial standpoint, Europe is the most profitable market for Gazprom,” said Mikhail Korchemkin, the founder of Eastern European Gas Analysis who has consulted for Gazprom. "Exports to China can generate a small profit, [and] only if the government makes it free of taxes and duties.”

But the bank deal is another indicator that Russia and China are in the middle of a wider rapprochement, which analysts say is premised not on ideological alignment but on a mutual desire to undercut the U.S. in their respective spheres of influence.

Both countries are wary of President Barack Obama’s “pivot east,” a recalibration of U.S. foreign policy away from decades of war in the Middle East and toward the fast-growing economies of the east. Cynical observers have interpreted the shift as an effort to contain China.

"This is a marriage of mutual strategic interests, not a marriage of love," said Klare. “China wants energy and weapons from Russia, and Russia wants diplomatic backing and cash. Its a quid pro quo.”

Yet even if China feels threatened by U.S. encroachment, it is Russia who is desperately pursuing closer ties with China.

Putin may have gotten the better of the Western powers in the showdown over Crimea, but at the cost of growing geopolitical isolation. Under intense pressure to demonstrate Russia's avowed independence from the West, Putin has repeatedly threatened that he could simply shut off its natural gas pipelines to Europe and find new markets for Russian energy exports.

Separate that political posturing, the Russian imperative to find new markets for its energy exports is nonetheless very real. Energy demands in Europe have plateaued, and may even decline in the long term due to stringent environmental regulations.

“If Russia wants to continue to be a petrostate, it has to shift marketing of its exports to Asia," said Klare, who noted that Western energy conglomerates like Exxon-Mobil have begun doing the same.

“We don’t want to push this too far and see it as a formation of a new, global anti-American bloc that is starting a new Cold War,” he added. "This is market-driven more than its political." 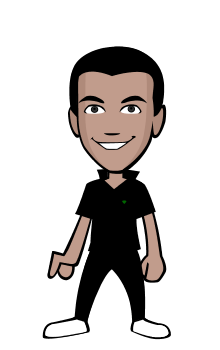 You all need to investigate Armory wallet offline and online desktop version. With the offline versi…

While Africas first Bitcoin ATM is installed in Johannesburg, the city is also host to a company tha…

Why Bitcoin Is Here To Stay

Why Bitcoin Is Here To Stay Leave a reply After a drought of backlash from government regulators, Bi…

Richard Branson: Banking is in the Midst of Enormous Change and Innovation