Sad Things About Being in a Long Distance Relationship 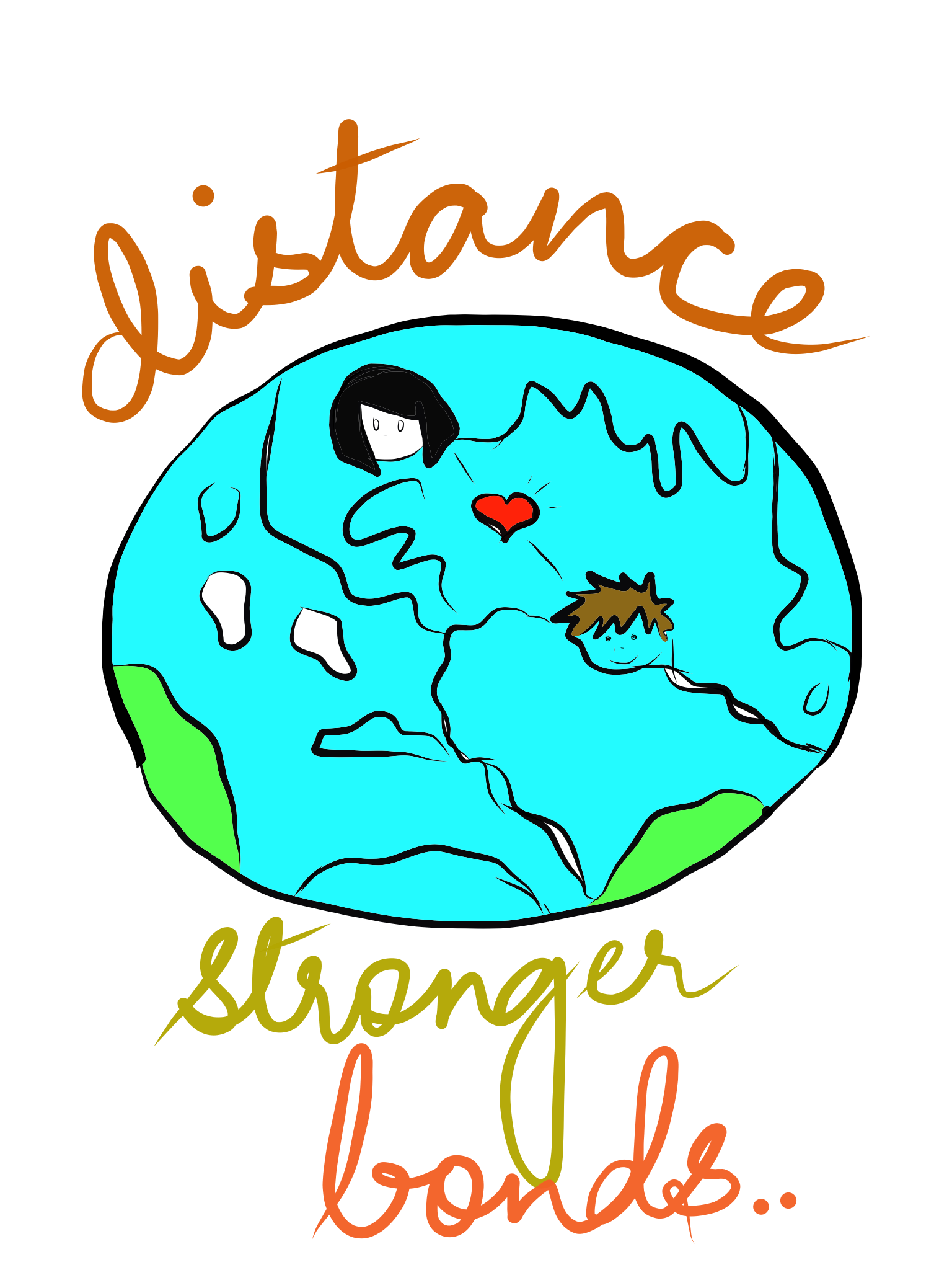 photo by Zainab via cheerups.com

Long Distance Relationship is already very common nowadays. Everyone has their own stand about this matter some says, "It is not going to work" and others say, "You just have to make an effort to make it work". Well, if you're going to ask me about my stand about this, I go with the second one. I know being in this kind of relationship is not easy. Believe me, I have been through this myself. I have been in a long-distance relationship with a guy from Texas, we have been together for 1 year, 2 months, and 7 days now, to be exact. We have taken our relationship to hell and back and we also have times when we argue about things that will lead to a fight. But nevertheless, despite the beatings our relationship sometimes takes, it still holds together and we managed to make our relationship stronger day by day. And if you are in a long-distance relationship right now, I totally understand what you are going through.

So, first thing in my list is Technological Limitations. This is so hard especially if you are thousands of miles apart (like me and my boyfriend) and the only way of communicating with the person you love is through the internet. Well, I admit, technology helps a lot in maintaining the communication and keeping the relationship alive but we should also know for a fact that technology have their own limitations too. Here are some experiences we've encountered: 1) Voice Delay. There are times when you video call on skype and you can hear your partner's voice 10 seconds after your partner said it or worst, a minute after! I swear, that sucks! 2.) Video Freeze. Sometimes, you wanted to show something to your partner and the video freezes all of a sudden and worst is that, it will freeze when you look so dumb and funny. You're lucky if your partner can't think of taking a screenshot when that happens but I guess I am not lucky enough. Why? Well, here are some of the proof. :D 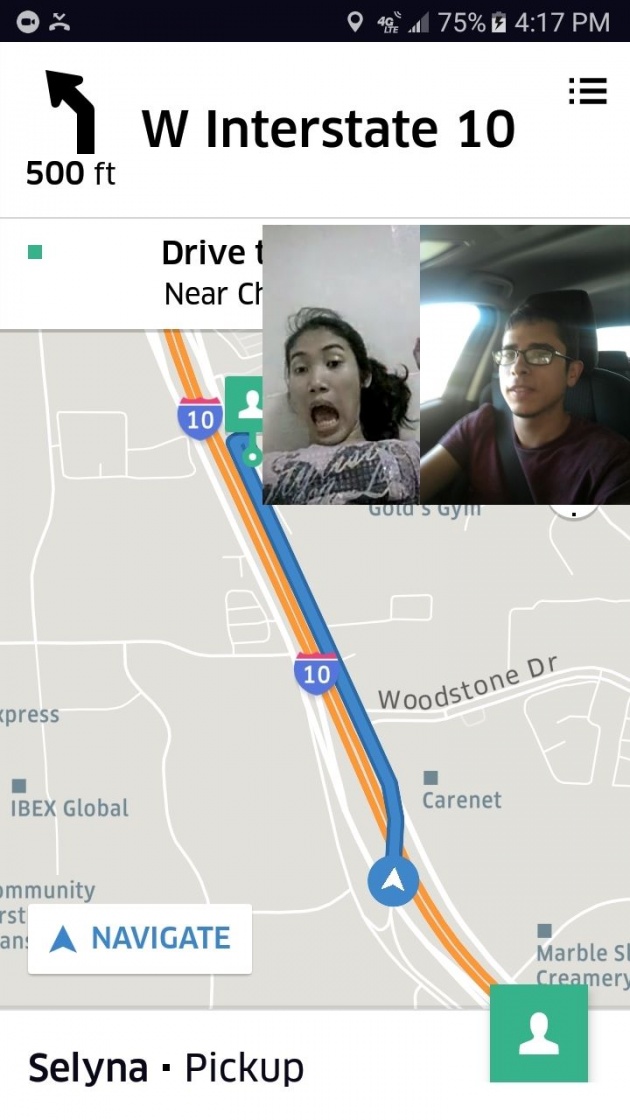 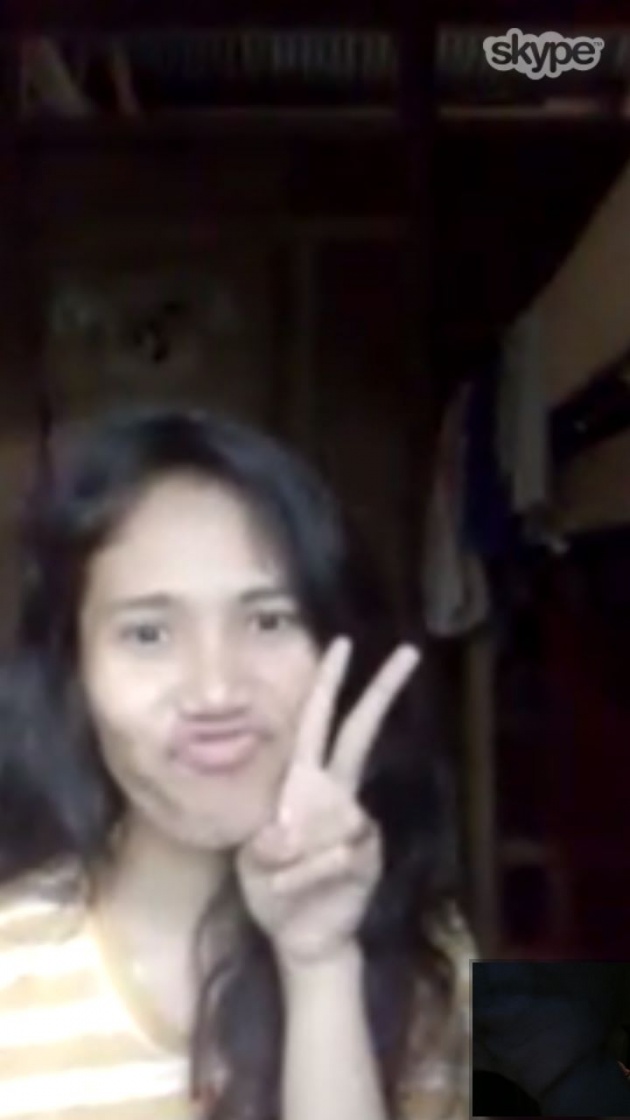 photo by me (that time when I made a funny face and it froze and then he took this screenshot. Ugh!) :D

3) Earphones problems. There are also times when the earphones don't work and it is just so annoying to deal about this problem. And the most common part is . 4) Weak signal. That moment when you wanted to tell your partner something important and since the signal is weak, the line tend to be breaking up or, sometimes the voice sounds like your partner is inside a cave or inside the whale's belly. And your partner will be all like, "What did you say?" They will tend to let you repeat what you said. And, this results to being annoyed and pissed off and will end up with the most popular phrase, "never mind".

Second in my list is Event Participation. I know we do have a lot of events in our lives like birthdays, Christmas, New Year, Anniversaries, and a lot more! And in these events, we would really love to have our partners to celebrate with, right? But due to the very long distance, it is very difficult to do that. I had the same experience when the grandfather of my boyfriend died, he really got so stressed and depressed. He cries every single day when his grandfather was still in the hospital and I know exactly how he loves his grandfather because he has been with him since he was 2 months old. His grandfather stood as his father. And every time we talked on skype that time, I could see him crying and believe me, my heart ached when I saw him like that and I wanted so bad to fly all the way to Texas to hug him and comfort him but, for now, that is not possible. I even thought of just jumping out of the phone screen and hold his hand if that is possible, but again, that only happens in cartoons and not in real life.

Photo by tsamba via deviantart.com

It is just so sad, I admit. But, if you really love that person, you will be able to find a way to have your presence felt even if you are thousands of miles away. Third in my list is Outside Influences. I mean, the people around your partner. You never know who they are with like, at work or, anywhere! Other people might think being in a long-distance relationship is the craziest idea ever and the scariest part is that, they might influence your partner to stay out of your relationship or, do crazy stuff since your partner won't be able to know because of the distance. I had a workmate, she already has a live-in partner and they have a son. She is also in a long-distance relationship since her partner works in another city. They are good, as what she said. But, one time, I saw her smiling and giggling. You want to know why? Because she is texting with another guy. I tried to stop her and told her, "Why are you doing that? You already have a partner and a son. You shouldn't be doing stuff like that." And she just told me, "Mind your own business." She even influenced me to do the same thing because as what she said, "Your boyfriend will never know. He is very far from you." And, I really think that is CRAZY! My boyfriend is lucky that I am not easily deceived and I know what is right from wrong. But what if that was another girl? Or a guy perhaps? They might get tempted to do the same thing, right? But you know what, you just have to trust your partner and check on your partner from time to time. You shouldn't be hiding things from each other even if that is just a very small thing. Just yesterday, my boyfriend told me that her workmate, who always go with him in his car on the way home, told him that the first time she saw him, she thought he was cute but since he already has a girlfriend that is why she backed off. This really scared me. I know you might think this is nothing but for me, especially because I am a girl, I overthink. A lot of things will be running through my mind. Things like, "What if she flirts with him?", "What if my boyfriend realizes that it is better to have a girlfriend out there so he won't be saving much money for a plane ticket to the Philippines?", "What if she will run away with him?". That is scary. But again, I know I just have to trust him. I know he will never let me down.

Lastly, Time Differences. Well, some of those in a long-distance relationship might not experience this but to those who have international long-distance relationship, you know how bad this is. You're eating breakfast and your partner is eating dinner and ready to sleep where as to you, you just even started your day. And the lines, "Don't worry babe. Just look at the sky and know that we are only looking at the same moon together" won't work for you because you see the sun, he sees moon. It is so difficult!

Well, being in a long-distance relationship is like joining in the military, you know the risks involved when you signed up for it. So, you just have to stay strong, take courage and love!