Sammy tells Windies to shape up 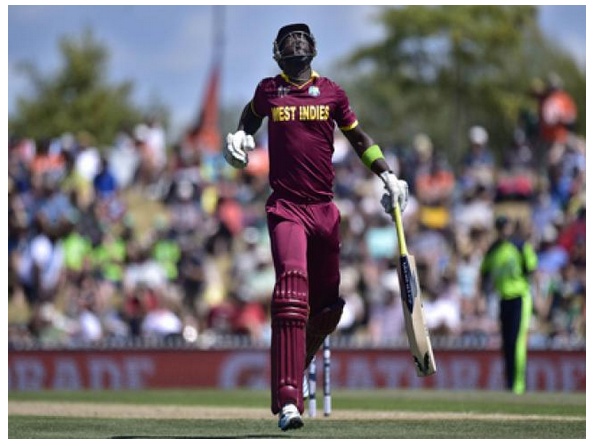 West Indies all-rounder Darren Sammy made no secret of his feelings following Monday's shattering World Cup defeat by Ireland, telling his team-mates they could not afford a repeat performance.

"If we continue to play like that we won't be here for long for sure," the former West Indies skipper said, blaming a poor bowling performance for losing their Pool B opener -- a match he believed his side should have won.

Sammy wore his heart on his sleeve as he talked to reporters after the match, and also issued an apology for using foul language picked up by on-field microphones during the game.

"When things are not going your way it's always difficult to motivate yourself but as a group you know you've got to keep believing and we need to find some inspiration somewhere and find it quickly," he said.

The all-rounder was one of the few bright lights in the West Indies side, posting a personal best one-day international score of 89 during a 154-run stand for the sixth wicket with Lendl Simmons, who made 102.

The West Indies, who had been 87 for five, recovered to 304 for seven in their 50 overs but it was still not enough as Ireland, who finished on 307 for six, won with 25 balls to spare.

"The batting partnerships should have been motivation enough for the bowlers to want to run into the Irish, but we were lackadaisical in the field," said Sammy as he castigated his side's effort.

West Indies paceman Jerome Taylor was the most successful bowler for the two-time champions, but his three wickets cost an expensive 71 runs.

Dropped catches also hurt the men from the Caribbean, with Ireland's Ed Joyce, who made 84 reprieved on 42 by Darren Bravo when he belted West Indies captain Jason Holder towards the boundary.

Niall O'Brien, who finished not out 79, was on 38 when he skied a Taylor delivery and Holder dropped what should have been a regulation catch.

"We scored 300 and we were were supposed to win. But you could see that Ireland is known to win big matches and have caused they a few upsets in ICC (International Cricket Council) events and today we took them for granted," Sammy said.

Although the wicket became easier to bat on as the match progressed and there was less sideways movement when the West Indies bowled, Sammy said that was no excuse.

"There is no excuse for the way we bowled and we have to seriously take a look at the drawing board, wherever that is, and look to improve."

The West Indies were seen to be in a three-way battle with Ireland and Zimbabwe for one quarter-final spot in Pool B with South Africa, defending champions India and Pakistan expected to fill the top three places.

Four teams from each of the two groups of seven will qualify for the knockout phase.