Samsung has unveiled the latest editions of its Galaxy handset, featuring a curved screen and payments technology designed to replace credit cards, as the South Korean group attempts to reboot its flagging smartphone business.

With Apple waiting in the wings to seize the crown as the largest smartphone maker by volume, Samsung’s answer to lacklustre sales of last year’s Galaxy S5 was to release not one, but two handsets on Sunday.

The Galaxy S6 and Galaxy S6 Edge, which features a screen that curves over the left and right hand sides of the body, were unveiled at a seafront venue in Barcelona, where 2000 exhibitors and more than 86,000 visitors are gathering this week for the Mobile World Congress trade show.

Taking a leaf from Apple’s book, both phones also use processors designed in-house. In a break with tradition – the S5 processor was made by Qualcomm – both handsets are powered by Samsung’s eight-core Exynos chip.
New Samsung S6 is unveiled ahead of Mobile World congress – in pictures
View gallery

“Tonight is big,” said Samsung mobile boss JK Shin. “We are sharing with you the results from the most significant team effort in this company’s history.”

In an upmarket tilt, Samsung has replaced the plastic casings of old with metal, including a gold version whose tones bear more than a passing resemblance to the gold edition of the iPhone. The compromise, which may not please busy executives who like to carry spare batteries, is that the back case is no longer detachable for inserting freshly charged spares. Instead, wireless charging is now possible.

In a presentation tightly focussed on besting Apple, one marketing chief promised the body would be 50% stronger than “other high end smartphones”. “My first language may not be engineering but I do know that this stuff will not bend,” she quipped, in a reference to reported problems with the iPhone 6 casing.
Advertisement

The standard-shaped S6 has a screen that is 5.1 inches on the diagonal, a width of 6.8 mm, and both handsets have 16 megapixel rear cameras and selfie-friendly 5 megapixel front cameras.

On sale in 20 countries from 10 April, both S6 models are designed to show off Samsung’s technical prowess not only to consumers but to other smartphone makers, such as Huawei and Microsoft, who buy its components. Selling to other vendors is potentially lucrative: operating profit at the Samsung chip division surged 36% in the fourth quarter.

The S6 will be competing in a crowded market. Hours before its unboxing, Taiwan’s HTC unveiled an annual update to its flagship phone. The HTC One M9 has a 5-inch display and an eight-core Snapdragon processor, the handset has a 20 megapixel rear-facing camera, and the phone now comes paired with a fitness band.

With Apple preparing to launch its digital watch on 9 March, the emphasis for many handset makers at this year’s Mobile World Congress has shifted from phones to wearables. China’s Huawei on Sunday revealed two wearables and one ”hearable”: the W1 Android Wear smartwatch, the TalkBand B2 wristband and an activity tracking headset called the TalkBand N1.

But for Samsung, except for a glimpse of its updated virtual reality headset, the emphasis was very much on the smartphone. The Edge’s screen, said analysts at CCS Insight, would set it apart in a “sea of smartphone sameness”.

Despite its eye-catching appearance, the practical benefits of the Edge’s multisided screen weren’t immediately clear, which may explain why the company has paired it with the more traditionally shaped S6. Potentially more useful is the payments offering. Samsung bought LoopPay last month, a US company whose technology allows phones to be swiped or tapped at tills just like credit cards, and on Sunday night unveiled its answer to Apple Pay. The fingerprint scanner, which made its debut in the S5, will help keep payments secure in the S6.

Champions are quickly toppled in the fast changing smartphone business, as both Nokia and Blackberry found to their cost, and Samsung’s business took a turn for the worse last year. Earnings have tumbled, and so has its leading share of the smartphone market.

For the previous 11 quarters, Samsung had outsold any other mobile phone vendors, but the smartphone map of China, one of the world’s largest and fastest growing electronics markets, has been redrawn and the change is hurting Samsung’s business. Apple is taking a much larger share of high-end sales, while cheaper alternatives from Chinese makers like Xiaomi are eating away at Samsung’s budget phone following.

For the previous 11 quarters, Samsung had outsold any other mobile phone vendors, but the smartphone map of China, one of the world’s largest and fastest growing electronics markets, has been redrawn and the change is hurting Samsung’s business. Apple is taking a much larger share of high-end sales, while cheaper alternatives from Chinese makers like Xiaomi are eating away at Samsung’s budget phone following. 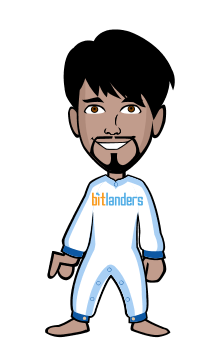