A man giving in alms one piece of silver in his lifetime is better for him than giving one hundred when about to die.

To acquire knowledge is binding upon all Muslims, whether male or female.

The ink of the scholar is more holy than the blood of the martyr.

He who travels in the search of knowledge, to him God shows the way of Paradise.

Acquire knowledge, because he who acquires it, in the way of the Lord, performs an act of piety; who speaks of it praises the Lord; who seeks it, adores God, who dispenses instruction in it, bestows alms; and who imparts it to its fitting objects, performs an act of devotion to God. Knowledge enables its possessor to distinguish what is forbidden from what is not; lights the way to Heaven; it is our friend in the desert, our companion in solitude, our companion, when bereft of riends; it guides us to happiness; it sustains us in misery; it is our ornament in the company of friends; it serves as an armor against our enemies. With knowledge the creatures of Allah rises to the heights of goodness and to noble position, associates with the sovereigns in this world and attains the perfection of happiness in the next.

Keep yourselves far from envy, because it eats up and takes away good actions, like the fire that eats up and burns wood.

Whoever suppresses his anger, when he has in his power to show it, God will give him a great reward.

He is not strong and powerful, who throws people down, but he is strong who withholds himself from anger.

Deal gently with a people, and be not harsh; cheer them and condemn not.

Much silence and a good disposition; there are no two works better than these.

The best of friends is he who is best in behavior and character.

One who does not practice modesity and does not refrain from shameless deeds is not a Muslim.

Paradise lies at the feet of thy mother.

He who wishes to enter Paradise must please his father and mother.

No one who keeps his mind focussed entirely upon himself, can grow large, strong and beautiful in character.

The five stated prayers erase the sins which have been committed during the intervals between them if they have not been mortal sins.

God is not merciful to him who is not so to humankind. He who is not kind to God's creation and to his own children, God will not be kind to him.

Whosoever visits a sick person, an angel calls from Heaven: "Be happy in the world and happy be your walking; and take your habitation in Paradise."

The love of the world, is the root of all evils.

Wealth properly employed is a blessing; and a man may lawfully endeavour to increase it by honest means.
SOURCE : A Brief History of the Fourteen Infallibles. 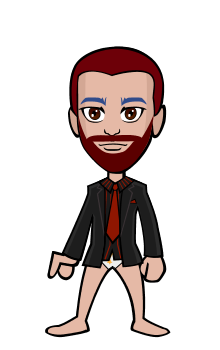 This is the era of Social Media and every single person is active on it. Every one share something I…