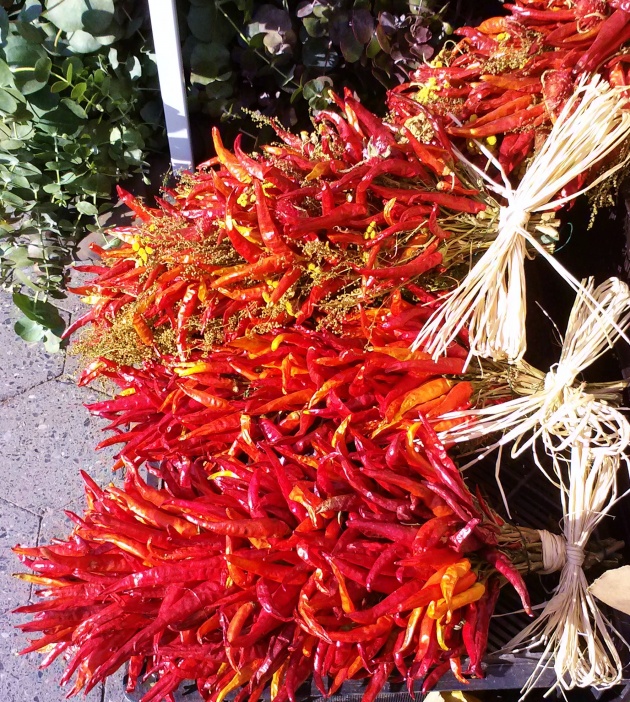 The documentary film Genetic Chile takes on scientists and the agrotech industry with straight talk and merciless, razor sharp questions. GMOs - Genetically modified organisms - are plants and animals whose genes were changed artificially to give them new characteristics. Director Christopher Dudley reveals that GMOs of today are not quite the revolution scientists had hoped or planned. When they first realized they could clone genes from one thing and insert them into another, the goals were better plants, and drought resistant, high-yield crops. But the genetic change created most often in GMO plants is only chemical tolerance to weed killers. Both the GMO seeds and the weed killer are sold together by manufacturers, feeding profits but not feeding more people.

The naked truth of GMOs is not appetizing, considering the plants soak up and retain the weed killer, which then enters our diet as part of the food, causing health problems. The movie Genetic Chile is packed with facts and only an hour long. If you are looking for education in your film and entertainment, it’s highly recommended before the next trip to the grocery store.

How do you know if it’s GMO?

If you’re eating soy or corn and the thought of eating GMOs give you the creeps, you may want to look at the label twice. GMOs are now up to 90% or more of the soy and corn plant crops, as well as the canola, papaya, sugar beet, and even cotton crops in the United States. Even meat, milk, eggs and honey are at risk of being contaminated by GMOs plants the animals ate, which then makes its way up the food chain through the animal and onto our plates. The NON GMO Project Verified sign on food is a good indicator that it has a low risk of being a GMO. The results of this North American independent tester must show a product is 99%+ non-GMO to get the seal.

In contrast to the US where GMO labeling is not required, the European Commission tightly regulates GMOs. They are concerned about safety of GMOs now, and potential dangers in they may bring to our health in the future.

If you’re looking at a tomato in the store or on your table today, it probably isn’t a GMO. The first ever GMO to come to market was the tomato known as “Flavr Savr” in 1994. It was not a big hit. The flavor didn’t cut it with the public and so the line quickly went out of production by 1997. GMO potato met with a similar fate. The GMO “NewLeaf” potato that came out in 1996, but it was discontinued by 2001. Again, people just didn’t enjoy eating it. If you're looking at your future dinner ingredients in an organic food store, chances are they are not GMO either, because USDA-certified organics cannot contain GMOs.

A Creative Short on GMOs

A short at the Film Annex online film network, Biotech 8, falls in the black comedy film genre. Director Alex Nakone from Australia, takes a piercing look at genetic modification - in the human workforce.

So, who is looking after tomorrow’s world?

Science in Film: Fracking with Our Future

Science in Film: GMO Crops and the War on Drugs