What if I told you there’s a hack, that’s backed up with academic research, that can teach you how to stop smoking weed (or cigarettes) for good? That’s right, for good!

This simple technique was first used to teach people how to manage their money more effectively, but inadvertently helped reduce drinking, consumption of of junk food, save and earn more money, and improve work and academic performance.

It’s so effective that I instructed all of my clients and even close friends who are trying to stop smoking weed to use this technique.

Almost all of them informed me how they were either able to completely stop smoking for weed within a month or two or they were able to effortlessly decrease the amount of weed that they were smoking.

It’s not an instant fix, but its definitely effective over the long run.

In the book The Power of Habit, author Charles Duhigg explains how researchers Ken Cheng and Megan Oaten conducted a four-month experiment in order to improve spending habits. The participants were instructed to write on a piece of paper every penny they spent within the four-month period.

The only issue they had was making tracking their expenses a consistent habit, but once that was ingrained in their system, they experienced incredible results!

After the study concluded, participants reported smoking less, drinking less, and increased productivity at work and school. Oh, and an increase in their bank accounts (obviously).

Charles Duhigg attempted to explain why the participants experienced so many benefits from tracking their expenses:

“As people strengthened their willpower muscles in one part of their lives — in the gym, or a money management program — that strength spilled over into what they ate or how hard they worked. Once willpower became stronger, it touched everything.”

Not only does tracking your daily expenses increase your willpower to stop smoking weed, but it also helps the brain associate pain with smoking and pleasure with not smoking.

If you’re trying to change a behavior, rather than using willpower, find a way to associate pain with the unwanted behavior and pleasure with the new and empowering alternative.

Through The Weed Tracking Technique, you’re going to train your brain to focus on the pain that you normally supress and use that to help you quit smoking weed. You’re going to have to face the reality of how much you spend on weed (I know, it hurts).

How to apply The Weed Tracking Technique:

The first thing you have to do is commit yourself to this technique for a one- or two-week trial period. Research shows that if you start off with low expectations, it increases the likelihood that the habit will stick.

In addition, we want to use a pen and paper to record your expenses because research shows that writing helps your brain learn faster and encode experiences at a deeper level.

And, in this case, we’re helping the brain encode the association of pain with smoking and pleasure with not smoking. Makes sense?

One more thing, if you don’t want to track all of your spending, just track the expenses of the habit you’re trying to change. I prefer tracking everything, but something’s better than nothing, right?

The four steps to The Weed Tracking Technique:

1.      Carry around a pen and paper everywhere you go so that you can jot down every time you spend money on weed, cigarettes, or any surrounding expense resulting from smoking (i.e. rolling papers, bongs, food for munchies, or even travel expenses).

3.    Answer this question: What could I have done with this extra money? Make a list of all the things that money could have been used for. Not only write it down, but imagine what you’re writing down vividly. You need to feel the pain of loss.

4.    Write down how your life could have been positively impacted if you actually did those things instead of spending it on weed or cigarettes. It doesn’t matter how big or small the impact is, as long as it’s some form of improvement.

One last bit of advice: when writing down how your life could have been positively impacted by using the money you already spent on something that would positively impact your life, don’t  limit yourself to the direct benefits.

For example, yes, you could’ve used that money to go to a concert and have fun. But during that concert, you could have deepened the relationships you have with your friends or you could have met your future boyfriend or girlfriend.

So, what are you waiting for? Get that sheet of paper and start tracking your spending! 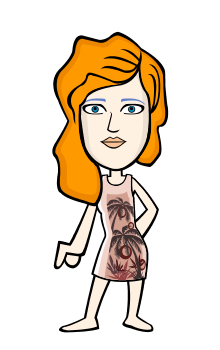