It's been a while since my last post and although my research into screenwriting has hit the point where I would be best rewarded by putting my education into practice, there are still subjects I want to cover in this series of blogs. I've decided to focus a little more on the processes of starting a script, as this post looks at the basics of character.

Robert McKee claims in his book ‘Story’ that structure and character are the same thing. Structure is determined by actions of the characters and the challenges they face are arranged strategically to form its structure. It makes sense when you consider that the two methods writers design their stories around are either the creation of a character and building an idea around them, or creating an idea and building characters around it.

Characters themselves are story ideas, particularly when you place them in an environment of stark contrast. By doing this, you can make setting and character concoctions that describe an effective premise. If your story is about a robbery that goes wrong, an alcoholic children's entertainer might drive the plot differently to that if it were disabled beekeeper. Perhaps they’re robbing a candy store, a friends vintage drop top cabriolet, the Queen’s corgi dogs perhaps?

If you have ideas for main characters, what setting do they credibly exist within that will test them to the fullest? If you know your setting, what characters will get the most challenge and reward from it?

The distinction between the two is the difference between what a character might wear and the decisions he makes. The ‘show, don’t tell’ nature of film allows the audience to gain information on a character by looking at them alone. Characterisation is a window into who the character is on face value, but character is the hopes, fears, strengths, weaknesses, the whole spectrum of values that justifies decision and behavior. Adding distinct individual characterisation to characters in a script help make characters more distinguishable from one another.

Whether the antagonist is deeply personal insecurities or a smug crime lord with a C4 detonator, the richness of your characters are benefitted by progressively putting them in the most testing situations possible, climaxing with a decision of ultimate risk that affirms a permanent change in the character. After Jaws is defeated, a pesky catfish doesn’t take the antagonist helm. The characters will and resources are entirely expended on an ultimate foe, the big question ‘will they defeat the beast’ is answered and the audience is satisfied, roll credits.

In your traditional arch plot, you’ll find key moments of conflict upon the protagonist, with gaps in between in anticipation to attack forces of antagonism again. The inciting incident presents the ultimate challenge for the first time. The protagonists actions will attempt to conquer it in the easiest way possible, but will fall far short. The attempts that follow escalate the urgency and more difficult measures are attempted to conquer antagonism, but still fail. Often, the ante is finally raised by loss, which triggers the crucial change in the protagonist to overcome antagonism. If you the distance from failure to success is too short, it's likely that the strength of antagonism isn't strong enough.

In slasher films, it’s a continuous jolt to lose characters with ever increasing screen time, but a huge number of films, religious and mythological tales and Shakespearian plays  include what Blake Snyder refers to as: ‘The Whiff of Death’. Top Gun, The Lion King, Star Wars, 2001 A Space Odyssey, It’s a Wonderful Life, E.T. and The Godfather to name just a few, have a scene either prior or during the final act where the protagonist in someway glimpses death. It could be metaphorical or literal, but the most vital of primal values: life and death, if only for a short while, become the key thing at stake for the protagonist. From this point on, the protagonist has been knocked down as far as they can possibly go and will rise to do what they must to overcome the antagonistic forces. 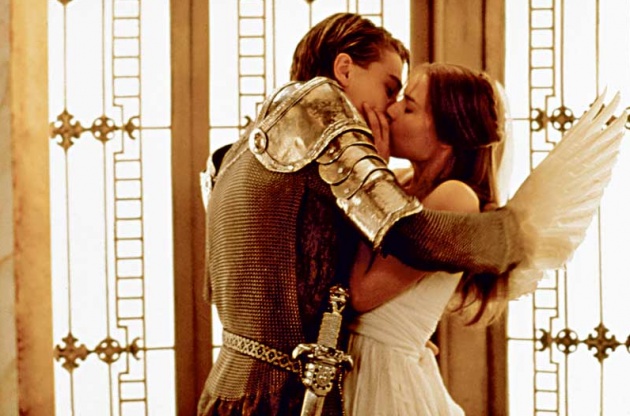 Romeo and Juliet: For some, the whiff is just too strong.

OTHER ENTRIES IN THE SERIES: