Seat Belts: How They Save Lives

Do you snap in your seat belt as soon as you get in the car? Do your children have the right safety seats for their weight and age? If you’ve answered no, even just once, you need to read on.

It’s been proven time and again, on back roads and superhighways: A seat belt can save a life in a car accident. According to the National Highway Traffic Safety Administration (NHTSA), more than 15,000 lives are saved each year in the United States because drivers and their passengers were wearing seat belts when they were in accidents.

Adjusting your seat belt properly is a must: Getting the right fit is as important as wearing it. The strap that goes across your lap should fit snugly over your hips and upper thigh area. “If the belt rides up on the stomach, it could cause serious injuries in a crash,” Osterhuber says.

Shoulder belts should rest securely across your chest and shoulders between your breasts. Don’t ever let the strap fall across your neck or face and never place the strap under your arms or behind your back. “Any one of these positions can cause serious injury,” Osterhuber says.

Children are not small adults — they need specialized protection in a moving vehicle. “Their skeletal structure is different,” Osterhuber says. Age, height, and weight determine the safest way for a child to travel.

According to the American Academy of Pediatrics, here’s how to select the right option for your child:

Children under age 1 and those who weigh less than 20 pounds should sit in rear-facing, child safety seats approved by the National Highway Traffic Safety Administration (NHTSA). The seats should be placed in the backseat of the car.

Children older than 1 who weigh more than 20 pounds should ride in forward-facing child safety seats. The seat should be placed in the rear of the vehicle until the child reaches the upper weight or height limit of the particular seat. Typically, a child will outgrow a safety seat around age 4 and once she reaches about 40 pounds.

Children age 4 and older who weigh more than 40 pounds should ride in booster seats. A child can safely progress to a seat belt when the belt fits properly across the upper thighs and chest. “This is usually at age 8 or when they are at least 4 feet 9 inches tall,” Osterhuber says.

When children outgrow their booster seats, they can use seat belts, but they still should sit in the back of the vehicle. “Really, all children should be riding in the backseat of the car until they are at least 13 years old,” Osterhuber says.

The National Safety Council recently reported a drop in traffic fatalities for 2008, indicating a record low since the 1920s when it began publishing statistical reports. One reason given for the decline is the increased use of seat belts.

It takes only a few seconds to buckle up once you get in the car. Why wouldn’t you? 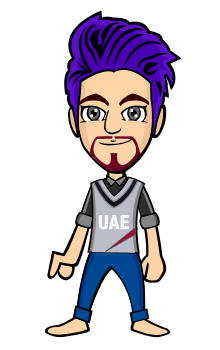 Stronger Legs May Indeed Be A Secret To Staying Slim.

Legs Muscle is a mixture of many small and large muscles, to be more precise six of them. Hamstring…

Image Credits:CustomOnIt Health is wealth, no doubt about it. But how to keep it forever? How to sta…

Health and Fitness For Busy People

In this blog I will be sharing some daily tips that will keep you healthy and active.My goal is to h…