It may be said almost everyone loves to consume Ice Cream, ranging from small children to the elderly, and there is no limit both men and women. Ice cream is made with a variety of ways and combinations, apart from giving a different taste of course also considers the people's purchasing power. Examples of ice cream sold at the Mall, the price can be 10 times more than ice cream sold on the roadside.

Whenever we travel, where there is selling ice cream I never miss, I always buy it. Be it in Indonesia as well as travel abroad .. 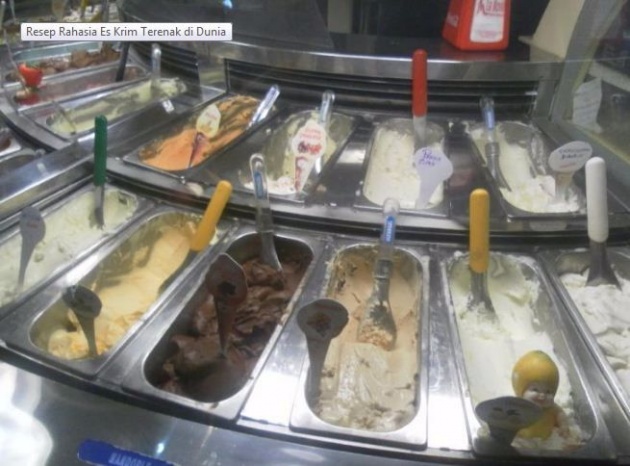 Whenever eating ice cream, I feel the difference in taste between the ice cream that cost only 5 thousands and that cost many times that. And when he visited Italy recently, I've not really know the difference between regular ice cream with ice cream gelato gelato name is the name of the Italian-made ice cream.

So if we go to Italy looking for restaurants that sell ice cream, not going there, because here the name gelato ice cream. If we've tried all the ice cream, in some countries, then we would conclude that the ice cream gelato most delicious in the world and is second to none.

When we were on vacation for a month in Italy, we visited our brothers-in-law's sister, who has a direct and manage a restaurant in the area Tropea, which is one of the very famous tourist destination. 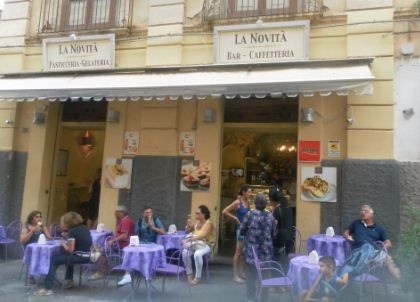 This restaurant is specialized in providing gelato, pastry and bread as food additives. The place is not too extensive, but always full of visitors. Though just a few steps away there is a restaurant which also provides gelato. There must be something special here, so tourists choose to enjoy Jelato and other small food here.

When enjoying the gelato, I ask why the ice cream flavors are different from those I used to eat in some countries. According to the brother of my brother in law, which makes ice cream and also become the owner of the restaurant, there is a secret that all the ingredients for the manufacture of gelato is genuine and cooled at temperatures much colder than regular ice cream.

The difference with the usual ice cream gelato.

Plain ice cream: milk powder wear esense (matter of taste) sugar dyes stabilizer Jelato: pure milk chocolate original native fruits do not use dyes do not wear the stabilizer is cooled twice as long, up to the coldest temperature

In Australia, there is also a selling gelato. The name can be the same, but it is not the same as the gelato in Italy. Chances are there is one recipe that is not being met. Besides, it was very enjoyable, gelato is also said to be beneficial to health, especially to prevent bone loss due to gelato laden with fruit juice and natural chocolate flavor that is needed by the body.

Does this benefit is only part of the promotion, I do not probing far. At least gelato is delicious and safe to eat all ages as a free agent-free flavorings and coloring agents and stabilizers. When traveling to Italy do not forget to enjoy gelato. Because they say, we have not legitimately been to Italy, if not try to consume gelato.
Therein we could try to feel the pleasure of real ice cream, which is unprecedented in the world.