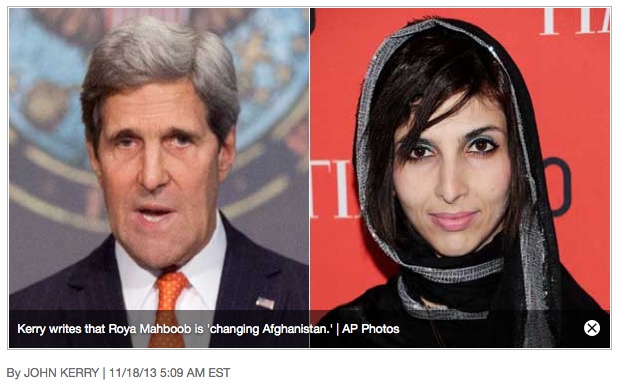 There are reasons why US Secretary of State and former Presidential candidate John Kerry decided to write an article on Roya Mahboob, Film Annex and Women's Annex Foundation. This article was written by him and not about him! On www.Politico.com, I can't locate other articles written by John Kerry, so my assumption is that he took a personal interest in Roya Mahboob and Film Annex work in the region for very specific reasons. John Kerry didn't mention Roya based on the US Government grants that she received because she never benefit from such financial support. He didn't mention her because she is involved in politics and she supports one person or another, one party or another. Roya's and Film Annex's motto has always been “No Politics, Just Internet."

US Secretary of State John Kerry and Roya Mahboob in Kabul.

Secretary of State John Kerry wrote about Roya Mahboob because her work has influenced the lives of thousands of families with the same entrepreneurial and business criteria that belongs to the principles of the World Wide Web and digital connectivity of the most advanced companies in the world of social and digital media. In the last 18 months, Roya Mahboob has sent over 50,000 young students to the World Wide Web and allowed them and their families to benefit from this new opportunity. In 2013, Roya Mahboob was named in Time 100 Most Influential people as an entrepreneur, not a social activist! This is also why business woman Sheryl Sandberg and COO of Facebook wrote her introduction on Time 100! 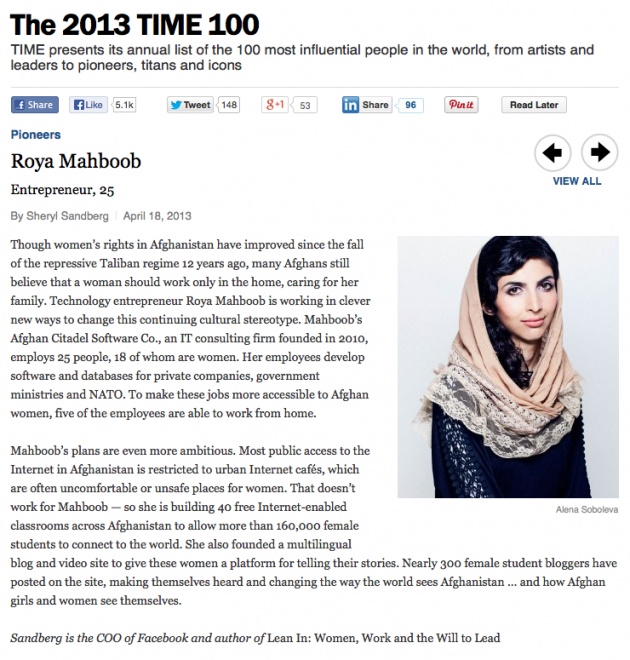 Take a few minutes to watch this video to understand why Roya and Film Annex have really made a difference in the world:

Read more about: Digital Connectivity and Financial Sustainability on the Film Annex Network, the BuzzScore.