In recent past, more people have been killed in the name of religion than for any other thing in the world. Religion has become a symbol of death, terror and agony. Subsequently, a recent Pew Research “Changing U.S. Religious Landscape” shows the decline of religious affiliation in the United States. The study finds that there are more adults who consider themselves ‘unaffiliated’ with any other form of religion than those who subscribe to a certain faith. This bludgeoning disaffection and disenchantment is partly the product of what we witness in the world around us – terror in the name of religion.

“Humanitarian crises fuelled by waves of terror, intimidation, and violence have engulfed an alarming number of countries over the past year”, maintains Commissioner Dr Katrina Lantos Swett of the United States Commission on International Religious Freedom (USCIRF).

In its 2015 annual report the USCIRF catalogues the horrors of religious led terror groups and their affiliates affecting millions of lives around the world. This axis of death and destruction of sheer human lives continues to haunt innocent children, women and men of all faiths around the world.

From Rohingya Muslims in Burma who have been ditched by the South Asian governments at the mercy of sea, to the most recent killing spree in Karachi, Pakistan on the Ismaili (Shia) sect of Islam, as well as the ravages of Boko Haram in Africa and the unspeakable horrors of IS in Syria and Iraq, these are few deadly snippets of what religion has been reduced to by human beings – horror.

Our world events are shaped by the “unreasonable logic of the wolf” both in religious and political context. This tug of war between the strong, hurts the poor. Our girls in Nigeria have come back to the homes now with most of them pregnant, our children in Peshawar in Pakistan went to school one day, never to return back, Christians, Shias, Coptic and Ahmadis are attacked in their religious places, which otherwise, should have been the most sacred and safest places in the world. This terror equate to the “reasonable logic of the lamb”.

Ideology is deeply seated in our psyche. It influences us unconsciously before we form an opinion or an idea. It blurs our perception unknowingly. Subsequently, every opinion we form is influenced by the ideology fed into our sub-consciousness. The extremist religious ideology is one the most pernicious weapon which can taint our worldview to treat other human being as ‘other’ rather than the part of one human race. It can easily fan the flames of never ending debate of us versus them. Our religious differences should not be satiated with blood and power they should rather be discussed and debated with a room for having a different opinion. The world’s religions can never be same in their content and structure. The diversity of the world’s religions should be a moment of celebration than an occasion to kill.

Since its formation in Iraq and Syria, the militants of IS hold large swathes of religion and their world views are an imminent threat to religious minorities such as Sunni, Christians, Yazidis, and Hindus. The Christian population of Mosul, once around 60.000, has now been reduced to a handful of Christians living under constant threat.

Under the rule of Al-Baghdadi, also known as Caliph Ibrahim, the group has established themselves as self-proclaimed vanguards of Islam. Ever since its inception the promulgation of strict interpretation of Islam, and its religious and cultural cleansing of non-Muslims have been at the core of the IS ideology which has caused grave concern in the international community.

The recent senseless slaughter of 300 Yazidi girls on 1st of May caught during the conflict is yet another horrific episode of persecution against the religious minorities by the militant group. The systematic persecution of these Yazidi girls demonstrate the utter disregard of human life by these barbarians who can inflict pain, or injury for the sake of religion. The United Nations report on the sex slavery of Yazidi girls is quite disturbing.

Last year, The Research and Fatwa Department of the Islamic State released a comprehensive pamphlet in the form of questions and answers over female captives, and sex slavery. The guide was printed by IS publishing house Al-Himma Library under the title, Su’al wa-Jawabi fi al-Sabi wa-Riqab (Questions and Answers on taking Captives and Salves). The Islamic State price list for slaves ranks the cost of a woman by age, so while a woman aged 40-50 would sell for just 50,000 dinars or $43, a girl aged 10-20 would be worth 150,000 dinars ($125) and a child under nine would sell for 200,000 dinars ($166).

IS further brands Yazidis as devil worshippers who are worse than “people of the book” (i.e. Christians or Jews). While Christians and Jews have a chance to buy security by paying the jizyia (tax), Yazidis are left completely vulnerable as they have no option to pay their way out.

“Islamic State views everyone other than the most radical Sunni as an enemy deserving slaughter” said Max Abraham, professor of political science and terrorism analyst at Northeastern university, Boston, USA.

I asked him about the role of International community against the ISIS on-going silent slaughter of innocent children, girls and men, he told me that “Governments are slower to respond to humanitarian threats than to strategic ones, against Islamic State, however, the U.S. did decide to involve itself militarily partly in response to ongoing atrocities against the Yazidis.”

He further believed that the only silver lining is that Islamic State’s behavior is so morally disturbing that the group will continue to grow the coalition against it. As this coalition grows, the Islamic State will suffer an even bigger manpower shortage.

How long will we consume in the fire of this religious hatred which apparently finds no end?

It is the high time that human beings like you and I also form a coalition against this vitriolic religious ideology spewed against non-believers which threatens to mushroom everywhere alluring young men and women to join in its deathly mission to hound the non-believers. The onus lies on us as moderate human beings who should endeavour to take small steps to promote the values of humanity and respect as the one universal rule to save the countless lives, otherwise mercilessly slaughtered of being the ‘Other’. 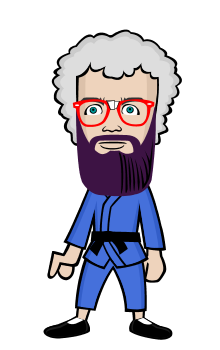