Sentiment - God's Not Dead The Movie

WHAT do you believe? “God’s not dead” is a movie that makes me think what is beyond life and death. Usually, I only see popcorn-soda movies that level up with James Bond and Indiana Jones. I see movies to detach myself from reality, to detoxify myself from too much facts and figures.

I am not here to tell you everything about the movie. See it for yourself. Your judgment may differ from mine. I do not want to pinion your imagination with my frame of thought. The plot develops with a conflict of belief between a professor and a student in Philosophy class. The professor (an atheist) wants his students (more than 80) to write on a piece of paper the sentence, “God is dead.” Below that, the students have to sign their names.

One male student (a Christian) refuses to follow. He was challenged by a professor to prove before him (and his classmates) that God is not dead. That started the volleyball of ideas. The student made a thorough research to defend his faith and belief that God is alive. Different and connecting statements were presented involving scientists, philosophers, and personalities from the Holy Bible.

There was no magic and illusion in the development of plots and sub-plots until the climax. The movie simply revolves with the life of ordinary people, their feelings, their aspirations, their frustrations, their relationships, and their way of understanding (or misunderstanding) God. The appeal to reason and emotion makes this ordinary movie very interesting.

The sub-plots presented various junctures. There was a boyfriend who was misunderstood by a girlfriend. The boy wants to prove that he could be right against the belief of his mentor. This girlfriend (a scholar) wants her lover to follow blindly the professor so that he can easily pass the subject with flying colors. As a matter of conviction, the boy refuses to follow. That irritated the girl and she initiated the debacle.

There was this Chinese student (a non-believer) in Philosophy class who started to understand the essence of God in his life. He was so excited that he called up his father (an astute businessman) and told him that God is about to change his life. His father scolded him. His father sent him to study in America to become like him (astute also). The son found a way to be with God without hurting the father.

A sister and a brother sent their old mother in the home for the aged. Only the sister had a time to visit the mother regularly. The brother is always with his business. When he visited his mother one day, he tried to tell her that she is of no use anymore. She is old and she could not even speak and hear. The mother heard that and she spoke. Her words exploded like a bomb.

A husband despised his wife. His wife believes in God, he does not. He told his group of educated men and women that his wife is a “work in progress.” The wife’s love to her husband flies out of the window. She does not want to depart from her faith.

And we have this conservative father who taught his daughter to be dogmatic in their chosen religion. One day, he found out that the daughter was listening to praise songs about Jesus. His pride swallowed him and he dragged his daughter out of the house. Later, he repented but harm has been alone.

A pastor was a popular preacher in his flock. He has been influencing people to trust God. On the contrary, this pastor even doubts God. He does not have enough faith to believe that God can run his car. (That simply proves that sometimes strength is a weakness.)

To make the long movie short, God is not dead. The student is able to convince his classmates that God is alive. The professor does not accept defeat but God has his way of winning by bringing the professor to his side and that could be the reason why you have to see “God Is Not Dead”.

It is a break out hit. It is entertaining, profound, and powerful. It is what we say. 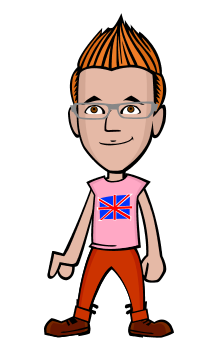 i am that i am