I came across a eye-catching article today that was titled Nine Surprising Celebrities Caught in the Ashley Madison Hack. In it the email addresses of several famous people were shown to be a part of the infamous website's database.

The first address that caught my eye was billclinton@gmail.com. The former president was a subscriber to Ashley Madison? Then I saw taylorswift@gmail.com! At this point I started getting suspicious. That's when the list started getting awesome. Other names included hitler@aol.com, alcapone@gmail.com, and thepope@yahoo.com.

The story, obviously intended as satire, brings up a very real point: If by this point, with all the hacks of so many millions of people's private information, we have not started taking our own internet security seriously, then we have no one to blame but ourselves if something goes wrong.

Of course, in some cases there really is nothing we can do. When Target was hacked and the credit card numbers of the franchise's customers were stolen, the millions of victims' only crime was shopping at Target. But in the case of websites to which we subscribe, there are precautionary measures we can take to protect our identities and private information.

The most obvious, especially when signing up for a service like Ashley Madison (which is designed to facilitate affairs for married people) is to use a fake email address that cannot be traced back to us. For example, I myself had an Ashley Madison account at one time (long story), but it was under a false name and false email address that could never be associated with me. Of course, things can get tricky when a credit card is involved since getting a fake one of those is not so easy, which just brings up a bigger question:

If we find ourselves in life-situations in which we have to take such drastic and duplicitous measures to be happy, might it be time to rethink the direction our life is going and make a change?

Would you be willing to change? 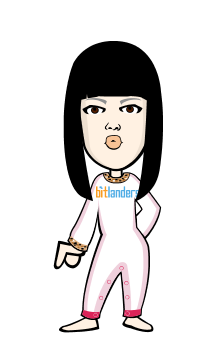 Italy is known for its wine and food, and of course the hottest Italian men, but not leaving them fa…