Shakib top all-rounder in all 3 formats 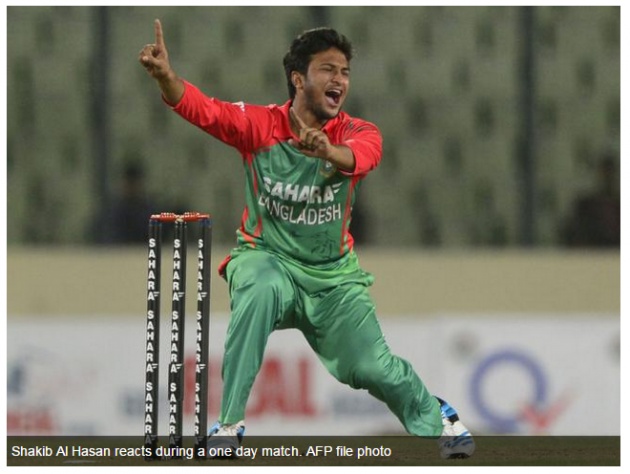 He has been the first and only cricketer to make such an achievement in the world cricket. The latest ranking by International Cricket Council (ICC) was made public on Monday.

Shakib has edged Pakistan’s Mohammad Hafeez by only six points (403 to the Pakistan’s 397 points) in the ODI ranking. In T20, the Bangladesh all-rounder is once again at the top, securing 377 points, 14 more than Hafeez, who has 363 points.

Appearing in 141 ODI matches, the left-handed Shakib has bagged 182 wickets and scored 3977 runs. The number of runs he has recorded in 37 Test matches is 2529 runs and the number of wickets secured by him in this version of cricket is 140. In 35 T20 matches, Shakib has played so far, he has made 752 runs and got 44 wickets.