So I have been at London film school for a while now, I’m roughly half way through the first term. This past week I had my first opportunity to work with film. It was 16mm and we were using the Aaton LTR 54 Super 16 Film Camera. I have to say there is something almost magical about using film. Lacing it up in the bag before you shoot and hearing it being pulled through the camera. When the film runs out, it’s gone. If you don’t have any more to load that’s it! The discipline is crazy, we were running through the shots so many times to make sure we had everything prefect before calling action to minimize the amount of film we were we would waste on retakes.

Now don’t get me wrong I love digital, because that’s what I’m used to, and I love technology. In 2015 Kodak will stop making film. That means it could be the end of film being used to actually make films? Maybe someone will step up and we’ll still be able to get film from somewhere for a price. But even if they do, only a few will seek it out with a big enough budget. But then the few that have the luxury of budget usually have the people that are trying to maximize the profit and reduce waste. Which I guess means only a few directors will still have the option available to them to take advantage of it.

Next term I will be shooting 35mm, which I am really excited about. I am so glad that I got to try these formats before they possibly disappear from our screens for good.

So next week marks the start of our shoots. We all take on a couple of roles working in groups of five to produce, shoot and edit two films. My roles are director on a film that I wrote called Bridget and DP on another film. Both the films will be shot on 16mm. We are using colour stock but the film will be processed and returned to us in black and white. It’s also 4:3 aspect ratio which poses lots of new questions when thinking about how to shoot the film from the point of view of the DP.

We will not be taking sound and the brief doesn’t allow us lighting. We get what’s called a best light grade, which is done when the film is processed, but other than that we are aloud no grading. The cameras do have an eyepiece for framing; however what you see will not be exactly what you get. We are not allowed a monitor but we will be using light meters, so as long as the DP’s do their jobs properly the film should come back good.

This project has been a challenge and it’s not done yet, I’ll be sure to put the film up once it’s done for you all to see. So wish me luck and I’ll report back in a couple of weeks. 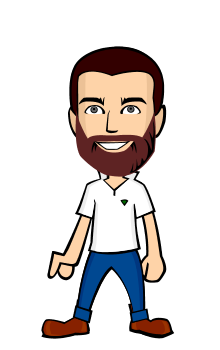 Hey guys this is the fundraising campaign for my graduation film. I am trying to raise money for the…

Hi guys I just wanted to update you about a music video I just shot and some kit I used. I recently …

Its been a long time since my last blog, school had been rather busy and I have been taking full adv…

So I have been at London film school for a while now, Im roughly half way through the first term. Th…

So I know its taken a little longer than I said originally but its finally here, my latest short Fro…