Shooting kids or how (not) to create television shows for kids

During my study at the academy of art in Arnhem, Holland I started working for television. Through the years I wrote, directed and animated numerous television shows for kids in different styles and techniques.

Today I am working on a couple of brand new episodes of Outside!, a series that I developed in 2006 together with Wendo Kroon. Outside! explores the way kids play outside. With the use of animation fantasy becomes reality. 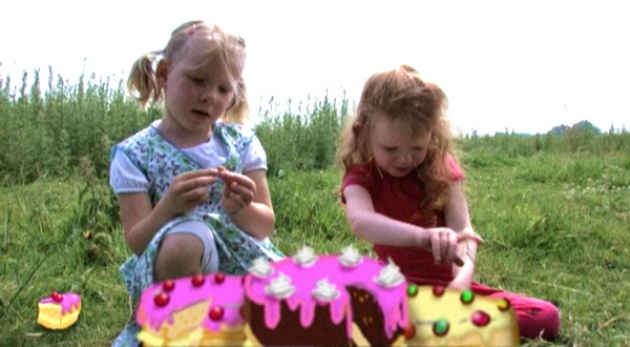 So how do we go about creating simple, honest entertainment for preschool kids that inspires and titillates? Allow me to write a short list of do’s and don’ts, right of the top of my head, that make up my rules for the creation of good childrens television. Not everything is applicable to every kind of show, but it certainly does apply to children television that I find of high quality.

Have a small crew. Try not to create a real film set but rather play and have fun with the kids, and incidentally have that camera in your hand. On the ‘set’ of Outside! we only have two kids and two adults (Wendo and me). Just a small camera, no tripod and natural light only. Very Dogma.

In order to capture the natural behaviour of my subjects I observe rather than directing them, which means that I have to anticipate like mad, running around to follow the often times unpredictable movements of these little monkeys. Yes, it’s much like shooting a wildlife documentary. It’s a difficult technique that often times leaves you with too little footage in the cutting room.

Create your show in the cutting room. Use all available techniques to turn very rough shots into a coherent story. Stabilize or destabilize shots, reverse them, flip them, slow-mo them or speed them up. I even erase kids from a shot when I need to. Because of the rough reportage style of filming nobody expects the use of such effects. If I don’t have the footage to tell the story I create it. And it still looks like a simple, reportage-style shot. The important thing is I didn’t have to bother the kids to do things over and over again in order for me to film it right.

Be nothing more or less than your subject. It’s not like you have to act like a child yourself (hell no!) but you just have to totally dig what they’re doing and adding to that. I speak to a kid like an adult -like myself- keeping my words perfectly understandable. We can both laugh, whine or be angry or mischievous, there’s no real difference between the kid and me. I hate it when an adult squats in front of a child and starts talking in a funny voice in order to get the kid to do something. This behaviour is likely to contaminate the entire show; you can tell the dishonest tone of a person that shouldn’t be making television for kids.

Don’t have children-psychologists, researchers, marketing-people etc. etc. tell you what is right for a kid. Don’t let them tell you kids only like bright colors, that they should not run for they might fall, or that they should buy the merchandising that comes with the show. You have no idea what kids are capable of. Let them do stuff and experience the world they’ve only recently been put upon. The real world is extremely interesting to them (and me), there is no need to disguise it or replace it with an artificial teletubbies world.

More on this topic later. Meanwhile I hope parent’s help their kids to choose the right TV-show or just turn the damn thing off and go Outside! I enjoy making television for kids even though I  actually dislike the entire medium. Sorry, there’s just too much crap on the box. Most of it is throwaway entertainment. So that’s why I like to keep it cheap, simple, fast, original, honest and fun. It might just inspire a bit. 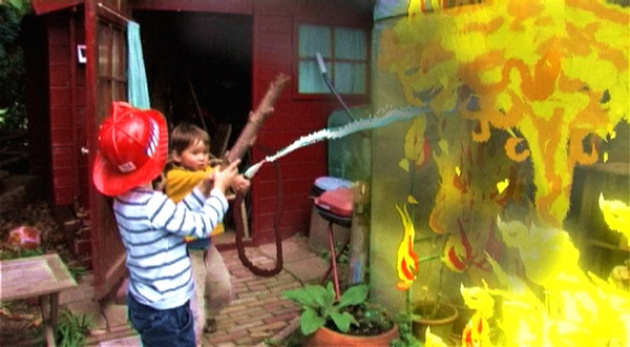 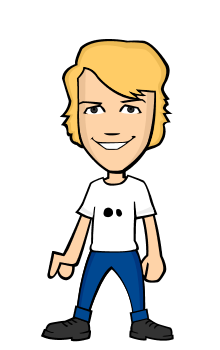 Erik van Schaaik started filming at age twelve, creating super-8 flicks that made it to international television. During his study graphic design Erik started working for Dutch television, creating a series of animation films, live action drama and documentaries, always using a variety of styles and techniques. After graduation Erik…