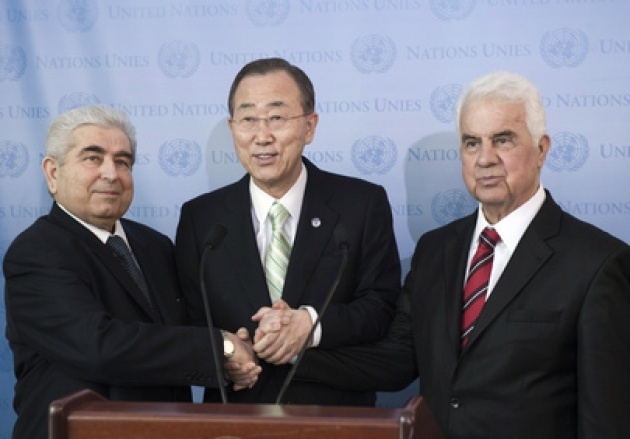 Some were hoping to incorporate a timeline and/or other coercive measures that might speed up the Cyprus negotiations, in particular to garner from what is perceived by the Turkish Cypriots, Ankara and some of their allies as a Greek Cypriot leadership that is dragging its feet as well as having reneged on previous commitments. However, in the end, no consensus was reached and the compromise was a relatively short extension of the UN peacekeepers mandate on Cyprus, till January 31, 2013. Nonetheless, Azerbaijan and Pakistan abstained to apparently send a message that more is expected to reach final agreement in particular from the Greek Cypriots and their allies within the Council who have favored a "no outside pressure" approach.


After some apparent advances and greater optimism for a resolution of the decades old dispute, this last year has witnessed another regression. This appears like another turn in a repeating cycle that has frustrated a series of mediators and efforts. See our latest Blog for Film and Film Reports: “Cyprus Talks Stalled – Will UN Security Council Step in?” www.filmannex.com/posts/blog_show_post/cyprus-talks-stalled-will-un-security-council-step-in/49313.


The Greek Cypriots are perceived by some to hold a negotiating advantage. While Turkish Cypriots control a significant portion of the island with Ankara's military support, it is the Greek Cypriots that hold the reins of the internationally recognized and European member state. Turkish Cypriots have no role or voice in the Cyprus national government. Perhaps the recent financial crisis that has gripped both Greece and now Cyprus might encourage greater accommodation, but no such indication at the UN backed talks on the reunification of the island. Also see our Video for Blog “Cyprus Needs Push” - diplomaticallyincorrect.org/films/movie/cyprus-needs-push/27680.