SHOULD THE GOVERNMENT PROVIDE MORE EMPLOYMENT OPPORTUNITIES FOR VETERANS? 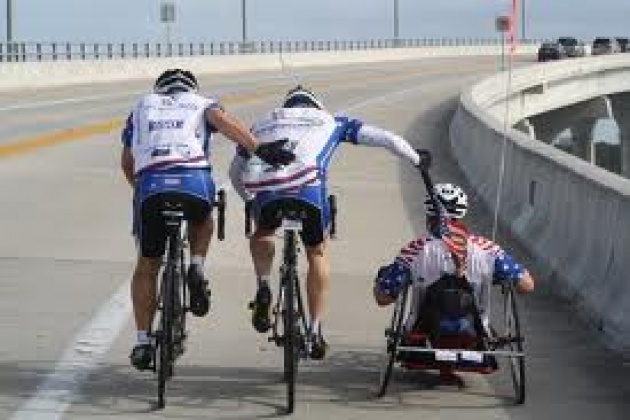 What is guilt, if not the "remorse caused by feeling responsible for some action or lack of action?" Living with the remorse of having done something wrong can be difficult to deal with, but living with the regret of not having done something we feel we should have can be even more traumatic. This is the case of hundreds of US veterans returning home from Iraq and Afghanistan, who feel they could have done more to save the lives of their brothers lost in combat. Some of them - who were wounded and were forced to leave the war zone - feel responsible for not being there protecting their units. Others feel guilty for not being with their comrades at the time they were attacked. More feel the deep regret they could have done more to save their buddies' lives during an assault, and can't get pass that feeling of helplessness. All of them wonder why they were so fortunate to return their homes, while so many of their pals didn't make it. Those who made it back safely now feel they let their comrades down, all those privates who are still on the battlefield. It's the "survivor's guilt", that remorseful feeling many veterans experience when they can't accept the fact that they survived and others didn't; some even wish they had died in combat along with their brothers.

These days, many veterans have one more reason to feel guilty. Many of their former comrades have been losing their lives even after leaving Afghanistan, and they blame themselves for not being able to prevent this. Their buddies have been dying in the most subtle way: taking their own lives. The suicide rate among veterans reached a new alarming record in 2012, far exceeding combat deaths in Afghanistan: 349 victims. These deaths are now widely considered casualties of the war in Afghanistan, because the reasons these young Americans chose to give up are deeply rooted in the conflict. Survivor's guilt, depression and other emotional struggles are all plausible reasons for the violent growth of this tragic phenomenon, but different individuals develop different conditions depending on their experiences. What these men and women have lived in just a handful of years goes far beyond what the average adult experiences back home, and for many veterans coming back it's very difficult to get back to normality. They feel they can't relate to most people, who know nothing about the war and what it does to the human soul. Many become enraged by the way they are being treated when they do return, and by the degree of disrespect they sometimes receive from the very same people they fought for. They went oversea to protect their own country so that the rest of the Americans could live in peace and freedom, but when they come back they feel that most people don't understand what they went through, and in some cases they even feel rejected. Even the government often fails to provide appropriate emotional and psychological counseling, economic support, medical assistance and job opportunities. Some feel abandoned, even betrayed by their own country.

The story of Clay Hunt, a former marine who served in Iraq and Afghanistan, is particularly touching. Clay lost several partners during these conflicts, and when he was wounded, he was sent home while everybody else in his unit was left there fighting. He never recovered from feeling guilty for "abandoning" his brothers. After doing some humanitarian work in Haiti and Chile, and after enrolling in bike rides - Bike 2 Recovery - with other fellow veterans, everybody thought he was finally starting to see the light. Instead, Clay took his own life. He was only 28 years old. The show "60 Minutes" on CBS just recently aired his story.

Post-Traumatic Stress Disorder (PTSD) is tough beast to beat. When it's accompanied by other conditions - strictly related to personal experience - it's even tougher. These veterans need support. Some "veterans for veterans" organizations provide some help, but something more needs to be done. Businesses for veterans need to be implemented and offered, so that they won't feel their country abandoned them. Having something to do professionally once back home is essential, as it can provide that first step toward normality that is needed in order to heal mentally and emotionally. We can't expect veterans to start a business from nothing, especially considering their state of mind. Veteran entrepreneurship needs to be motivated, trained and facilitated; we can't just expect it to happen without providing the necessary support. If we call America a civil country, we sure need more veteran support organizations to help our heroes, but we need even more the action from our government to provide more realistic employment opportunities for our veterans.