Should the World Be Panicking About North Korea's Latest Threat? 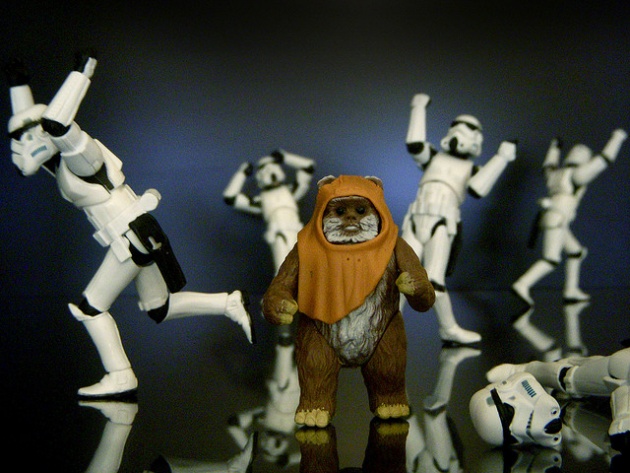 Today on Twitter, you may have noticed Kim Jong Un, North Korea, and #whyaustin (which is referring to Austin, Texas supposedly making it onto North Korea's hit list, but whatever) are three of the latest trends.

So, why is everyone busy tweeting about North Korea this time?

It's probably due to North Korea's latest verbal threat towards the U.S. and the map that was seen in the photograph below that supposedly marks the U.S. cities Kim Jong Un hopes to attack.

Also, no one plans in secret anymore either, I guess.

The writing on the map, 략 곤 미 본 로 라 격  게  획, means, if my Korean translation is correct, something along the lines of "Strategy model/plan  for attack on U.S." Really, Kim Jong Un? You published this photo for the world to see with a map that plainly states, "Strategy to attack U.S" with lines from North Korea to LA, Hawaii, NYC, and other American cities? Are you seriously trying to piss people off, or is this all because you have become so tired of no country seeing your incessant threats as a real problem?

The fact may be that the past few threats North Korea has made to the U.S. and South Korea have been far from unnoticeable. Normally, it quickly turns into a laughing matter rather making everyone 'shake in their boots'.

This time around, however, North Korea is making everyone, including Russia and China, antsy.

Pictured above (source: BBC) is the estimated reaching range pf North Korea's prospective missile launching, published sometime last year and demonstrating that North Korea is obviously too far away to do much damage to the U.S.

Apparently Kim Jung Un feels "the time has come to settle accounts with the US imperialists"(quote credit: BBC), which Russia thinks the U.S. should be weary of.

How do you think the United States and/or other countries should react to North Korea's newest threat of war?

For the past few months, South Korea and the U.S. have been running military drills together, with North Korea's knowledge of such drills. It's been a big, "Just try and mess with me" battle between the two sides, but do you think it's actually doing anything?

And do you think that since 9/11 occurred, the U.S. has been on guard and has a strategy of their own for any imminent North Korea's attack on the U.S.?

Or is North Korea that little brother who can't get over something that happened years ago, and should just move towards the future of building a better country for its people?

Like this article? Read more of my blog posts like this one on Film Annex on my WebTv Channel. Check out my article from earlier this week, "6 Steps to Increasing Your Chances of Becoming a Paid Blogger". And don't forget click the like buttons and share this article with your friends!