I have a confession to make. Every day, I have been guilty of using plastics and when I go to social media, scroll through my feed, my timeline oftentimes give me videos of animals in the ocean, birds in the sky, turtles in the Pacific, sperm whales in the deep sea, even the tiniest seahorses either stomachs full of plastics which they thought were food then caused them their death, or perhaps their body covered or maybe pierced with these nonbiodegradable materials. 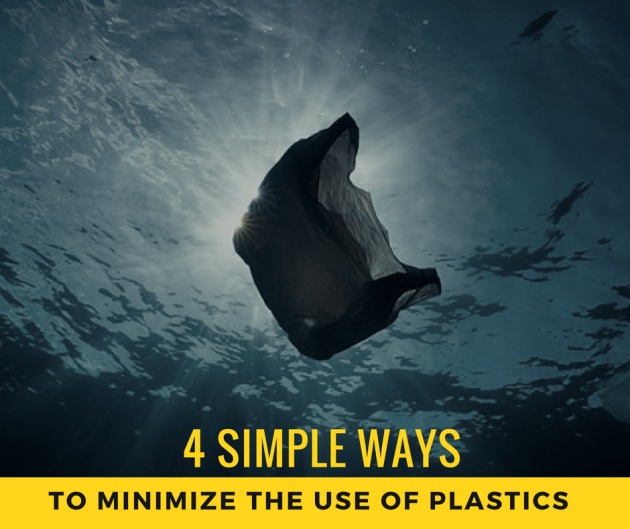 I admit I use plastics, they are convenient, they were introduced to us ever since we were young, I can't remember when I started using it and I always thought it was okay because all are doing it. Until I matured and became more conscious about how I am living on this planet. I saw materials, specific information online and even offline about the negative effects of using these things yet, how come I am still using it even after the guilt feeling?

Today, I thought about how I wish I could eliminate plastics from my household in an instant, live and be very environmentally friendly. But it isn't that easy. Its a struggle to even get rid of those plastic containers, even grocery plastic bags! Plastic has deeply rooted in the society and humans had been very dependent on it. But the good news is that there is movement all over the world to at least lessen the usage of plastic because if we don't act now, in just a few years, there will be more plastic in the ocean than fishes!

So, I made simple steps to help me try to eliminate plastics in my daily life. I would like to share these to you in the hope that you will also learn from it and encourage to do the same so we can work together for the betterment of our world, our planet, our home! 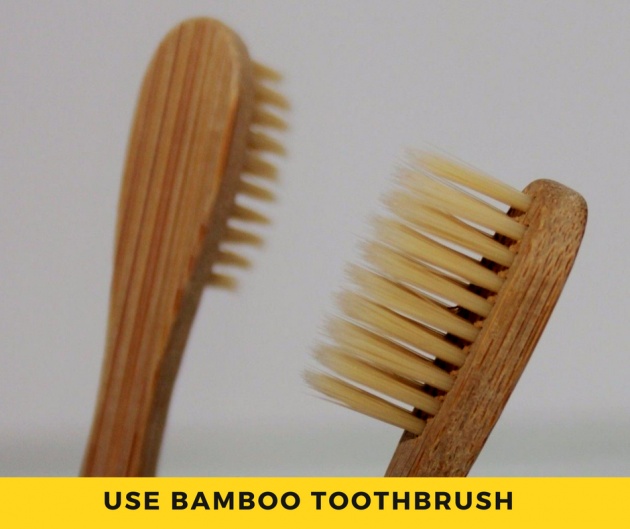 A friend who's starting her zero waste journey posted on her social media this line which hit me really hard.

"Did you know that the toothbrushes you had used when you were little are still somewhere on Earth?"

I was devastated by this thought. Imagine those tiny plastic toothbrushes we used to use since we were kids are still somewhere, perhaps in the landfills but there's a huge possibility as well that they are in the oceans, implanted on seabeds or perhaps floating their way to God knows where they might end up!

The truth about plastic is that they don't decay, they would exist for hundreds of years! If I won't switch to a biodegradable one, I'll continue to embrace the plastic industry which will ruin our planet!

Now, I looked for an alternative and here comes Bamboo toothbrush! Yes, they are sturdy, they are even used by the Balinese architecture in building hotels, houses, and villas! And these bamboo are amazing! Of course, 100% can decompose by itself!

Each Bamboo toothbrush costs only Php 70-150 and that's almost the same price as the plastic ones! I already ordered mine through a Cebu based eco product supplier named @amumacebu. 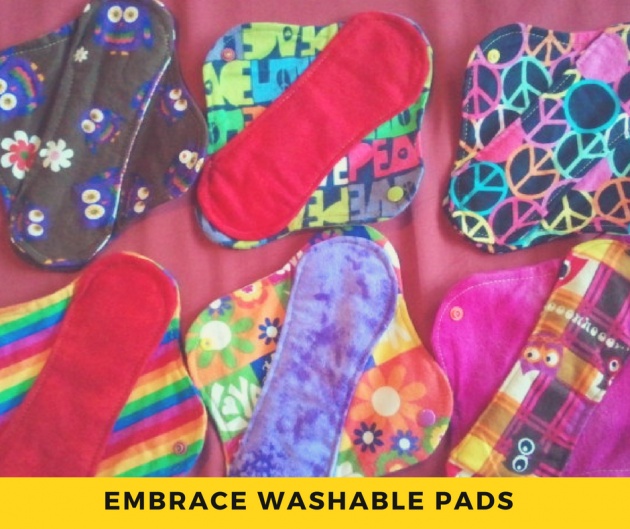 I am a lady, every month's menstrual period comes with a treat to the environment. All my teenage life to this day, I had used disposable sanitary pads and liners. All of these disposed of menstrual pads end up as well in garbage landfills, unable to decompose, some get into the beach, not to mention that this also includes diapers!

Before when I was still working full time, I use panty liners every single working day, I can even consume two or three depending on the amount of discharge. Imagine the numerous ones I had to throw into the bin! Thank goodness, when I started working from home, I only use liners once in a week, twice if we have somewhere to go by the weekends but I really wanted to get rid of this.

I have watched several reviews and comparison and the pros are way-way more than the cons. So I also have switched over, ordered mine again from @amumacebu, the term "amuma", by the way, is a Bisayan equivalent for care! 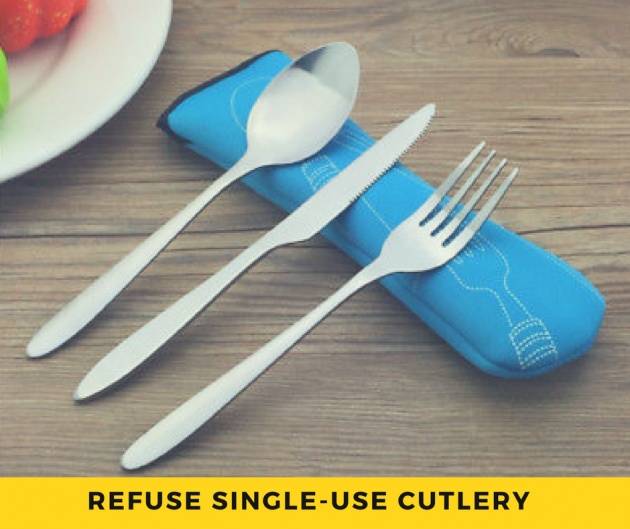 Dining in almost all restaurants in Cebu means also getting an automatic disposable straw, styrofoam and even utensils at hand. This is definitely a "No-No" in this new chapter that I want to face.

For these plastic disposable items, they are manufactured in huge factories, producing millions of these types of products and yet their usage only lasts for what? At least 30 minutes? Sometimes less than that though.

So, it is certainly something that we can consciously refuse. To use them means to give more damage to the land with their minute's use. Switching to the reusable metal utensils, bamboo made straws, plant-made plates or those lunch boxes that can be used for many many years before retiring them will be the best option to select to lessen our plastic footprints in the globe we live in.

More merchandises are being sold now in the entire world, making these commodities easily available to everyone. Even in Cebu, these items are widely sold. 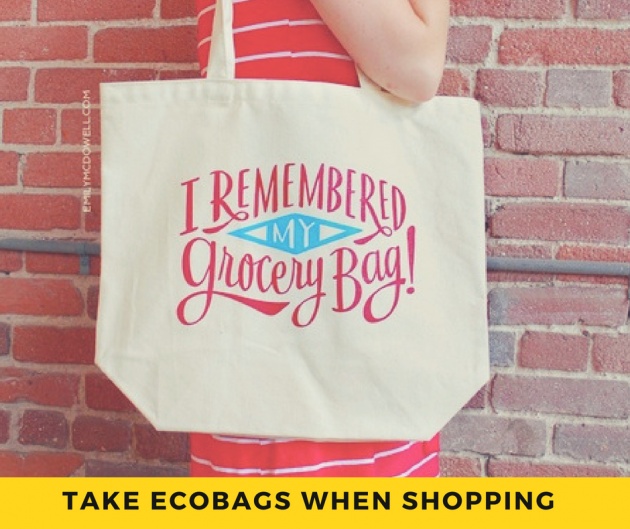 It was heartbreaking to see pictures of animals, mostly birds and turtles being covered by thin plastics, frequently, these plastics were actually shopping bags which were drifted over to the ocean. These poor animals thought they were food so they get near to them, even try to consume it and eventually choking them. You know what happens after.

So, I have decided that I will be refusing the use of these plastic shopping bags when shopping and instead use eco-bags. It is also frustrating to see a lot of sachets in the supermarkets. There are several plastic packs used in packaging, almost all the items in the market has been covered with plastics even those labeled as environment-friendly, those which has papers as boxes but ended up having plastics inside. I kind of frustrated to know that it is hard to find a place where plastic bags aren't an option.

However, it is a joy to know that the government is now trying their best to start the action and eliminate this that we had been used to do for quite a long time. There are already parts in Cebu City and even in my home province Bohol where plastic bags are not allowed on certain days of the week.

For now, these are the steps that I am facing to embrace to help our Mother Earth. I am aware that it would be tough perhaps, I tried it before and I always fail so this time, I am going to really be serious about this most especially the shopping  or grocery part because I had always told myself that if I am shopping, I should bring a reusable bag or if I don't have one on hand, I should not shop!

So this time, I will strive, hustle if required to teach myself and become a better citizen and a steward of God's creation. I will also be generous to give myself permission to commit mistakes but be very quick to get back to what my main mission.

Please don't forget to participate in the Querlo chat below about plastics!

Why I Switched to Washable Pads?

After almost a month of waiting, my orders finally arrived! Would you like to know what are these it…

Everywhere we go, plastic items are present in our surroundings. Inside our homes, plastics can be s…