Advantages of Skype:
- Video chat with friends and family
- App can be downloaded onto iPhones and Android phones
- Compatible with Mac and PC
- Basic version is free
- Businesses can use this program to save money

Here's a video to explain how to use skype:

For several years, people all over the world have been able to connect with each other through a popular video program known as Skype. This program allows two people who may be hundreds, or even thousands, of miles apart to communicate through a video call. In order to transmit these video signals between two computers, Skype depends on a procedure called VoIP (Voice over Internet Protocol). However, as with any technological innovation, Skype is not without flaws. Although Skype offers a unique way to communicate with coworkers, family, and friends through the Internet, the program also offers a unique set of issues to consider including legal, ethical, and social issues as well as security concerns.

Most recently, as of May 2011, Microsoft purchased Skype for an estimated “8.5 billion dollars” (Microsoft Corp. 2011). Microsoft believes this merger will “increase the accessibility of real-time video and voice communications, bringing benefits to both consumers and enterprise users and generating significant new business and revenue opportunities” (Microsoft Corp. 2011). In addition to benefitting users, this team-up will also “extend Skype’s world-class brand and the reach of its networked platform, while enhancing Microsoft’s existing portfolio” (Microsoft Corp. 2011).

As Skype continues to grow, so do its features. Now, Skype is not only known for video calls. The program offers many features based on which version a user chooses to download. For example, absolutely free of charge, a user can make skype-to-skype calls, one-on-one video calls, and instant message other users (Skype 2012). Additionally, for an extremely low rate of 2.3 cents per minute, a user can call home or mobile phones (Skype 2012). If a user chooses to buy a Skype subscription, the already low rate drops yet again to 1.2 cents per minute (Skype 2012). Finally, if a user chooses to purchase the premium version for 4.49 cents per month, they can make unlimited calls to the United States and Canada, participate in group video calls, and receive live chat customer support if any issues arise (Skype 2012).

When people are asked who benefits from the program Skype, friends and family come to mind as many people use Skype to keep in touch with loved ones all over the world. However, Skype can be used for business purposes as well. While most users of the program are consumers, “30 percent of them also use the service for business” as well (Reardon, 2009). As Skype has evolved into a program backed by “405 million registered users,” the company has come up with ways to better serve or expand their user-base by creating a service that businesses could take advantage of (Reardon, 2009). This new service is known as Skype for Session Initiation Protocol (SIP) and allows employees to place calls from their office phones to any landline or mobile device for the same rate as other Skype users (Reardon, 2009). Skype for SIP also enables its users to “purchase online Skype numbers available in over 20 countries to receive calls from business contacts and customers who are using traditional fixed lines or mobile phones” (Reardon, 2009). One of the biggest reasons that businesses choose Skype’s newest service is to help trim company spending (Reardon, 2009).

Another potential benefit of the Skype program is its recent ability to be downloaded onto many mobile devices as an application or an “app”. This application, which is available for android and the iPhone, lets its users communicate and use all the normal features of Skype just as they would through a computer free of charge (Skype for Android, 2012). The fact that Skype is now a portable program benefits its user base by providing convenience in addition to its easy to use features and now becoming more easily accessible.

Wiretapping is one of the major legal and ethical issues concerned with Skype and among all other forms of telecommunications in this century. Since less people are communicating through telephones these days, a conflict is beginning to erupt between the government and these companies (Savage, 2010). It used to be that the government could easily intercept phone calls in order to conduct investigations, but now intercepting such communications via the Internet calls for a completely different type of regulation. The government is now asserting their need for a requirement of  “all services that enable communications — including encrypted e-mail transmitters like BlackBerry, social networking Web sites like Facebook and software that allows direct “peer to peer” messaging like Skype — to be technically capable of complying if served with a wiretap order” (Savage, 2010). As most people would agree that wiretapping is unethical, James X. Dempsey, vice president of an Internet Policy group is taking this beyond just an ethical issue. He claims, “they are really asking for the authority to redesign services that take advantage of the unique, and now pervasive, architecture of the Internet” (Savage, 2010). On the contrary, the government claims that such regulations are “reasonable and necessary to prevent the erosion of their investigative powers” (Savage, 2010). The legal and ethical debate of this issue is far from over and will continue on as long as new technological innovations are being produced.

The security concerns of Skype are consistent with the wiretapping debate discussed in the previous paragraph. If the government gets the approval to intercept all forms of Internet telecommunications, the risk of security breeches will increase drastically. Multiple advocates for the security of the Internet claim, “requiring interception capabilities would create holes that would inevitably be exploited by hackers” (Savage, 2010). In fact, around 2005 “it was discovered that hackers have taken full advantage of a legally mandated wiretap function to spy on top officials’ phones” (Savage, 2010). With advocates pushing against the government’s request, resistance still exists today with this concern, and the debate continues.

In today’s society, the Internet it is impossible to discuss the Internet without also discussing the recent social issue of cyber-bullying. As social networking sites and VoIP programs have continued to develop, cyber bullying has evolved as well. Cyber-bullying is considered “bullying through email, instant messaging (IMing), chat room exchanges, Web site posts, or digital messages or images sent to a cellular phone or personal digital assistant” (OLWEUS, 2011). In addition, according to the iSafe website, “58% of kids admit someone has said mean or hurtful things to them online and more than 4 out of 10 say it has happened more than once” (iSafe, 2004). Grace Soong from the Tribune states that younger generations tend to “frequently utilize these tools of technology without realizing its power to influence or hurt others” (Soong, 2012). Although cyber bullying is not as prevalent through telecommunications services compared to popular social networking sites such as Facebook, MySpace or Twitter, these statistics should not be ignored. Based on the fact that Skype users have the ability to Instant Message, it is possible that cyber bullying can take place via Skype.

Skype has changed the way we connect with others not only on a national level, but on an international level as well. This VoIP service has attained much success over the past few years and continues to evolve at a rapid rate. It will continue to gain more and more followers due to it’s benefits such as being compatible with Mac and PC, being almost completely free, and is now being extremely portable. However, this program has run into some obstacles socially, legally and ethically. Although, some of these obstacles have not yet been overcome, it will be fascinating to see how Skype progresses in the years to come.

I retrieved this information on February 27th 2012. It is considered a valid source because TIME Magazine is a popular and well-known magazine.

I retrieved this information on February 27th, 2012. It is considered a valid source because, as stated on the webpage, a study was conducted and these statistics were gathered to prove cyber bullying is a serious issue.

I retrieved this information on February 27th, 2012. It is considered a valid source because it is from an extremely successful corporation’s website, which is an expert in this field of study.

I retrieved this information on February 27th, 2012. It is considered a valid source because the information used is directly pulled from the organization’s website and has the domain name .org.

I retrieved this information on February 27th, 2012. It is considered a valid because it is from an article from a news channel’s webpage.

I retrieved this information on February 27th, 2012. It is considered a valid source because it is from a largely read and trusted newspaper’s webpage.

I retrieved this information on February 27th, 2012. It is considered a valid source because this is the Skype Corporation’s official site.

I retrieved this information on February 27th, 2012. It is considered a valid source because this is the Skype Corporation’s official site.

I retrieved this information on February 27th, 2012. It is considered a valid source because it is from a credible newspaper. 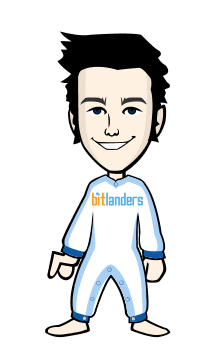