Two hundred years have passed since the events of The Elder Scrolls IV: Oblivion, and it is now 4E 201. TheHigh King of Skyrim has been killed, and the threat of civil war looms over the land of Skyrim; One side wishes to secede from the crumbling Empire, while the other wishes to remain a part of it, believing that it is still worth fighting for. To make matters worse, this schism is the final event in a prophecy foretold by the Elder Scrolls that will lead to the return of the dragons under Alduin, the Nordic god of destruction.

The player begins the game imprisoned by the Imperial Legion, being led to their execution as a result of crossing the border into Skyrim. As the player lays their head on the chopping block, the dragon Alduin attacks. In the midst of the chaos, several Stormcloaks, along with their leader and fellow prisoner, Ulfric Stormcloak, assist in the player's escape. The player may choose between the assistance of Ralof, the Stormcloak who arrived with Ulfric, or Hadvar, the Imperial soldier responsible for reading off the names of the prisoners being sent to their execution. The player later learns that he/she is Dovahkiin, or Dragonborn, a person charged with the duty of defeating Alduin and the dragons. Eventually, the player meets Delphine, and Esbern, two of the last remainingBlades. 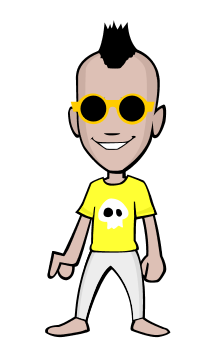 An overview of the various eras: TheDawn Era- The birth of time itself. Different from theMerethic …

The Elder Scrolls Online Is Coming Out April 2014

Watch the exclusive trailer for the Elder Scrolls Online at the link. The long awaited Elder Scroll…