Our character’s father retuned to Egypt in October of 1946 and began running the show as if he had never left.  By 1947 things were opening up and because there were restrictions everywhere this created great opportunities for arbitrage.  This family had the money, the experience and the contacts to buy and sell securities, currency and commodities in the different markets.  Our character’s father’s connections were the greatest strength of the business.  This gave them the advantage of getting the best price for the same asset.  Our character’s father was beginning to think about completely branching out.  Certain countries excluding Lebanon had exchange controls making it difficult to get their money out of that country.  Due to these restrictions he felt that in order for the business to survive they would have to move the business elsewhere.

Between living in America and back and forth to Egypt our character and his father noticed the huge differences between the wealthy and the poor.  Our character told the story of how he greeted the same beggar along his car as he drove home for lunch in Giza He stated “You could see the misery in his pockmarked face, and I always gave him five piasters* or whatever, which is why he always followed me.  In his journal he later wrote “I am fully conscious of this social injustice, and yet I love so much that life of luxury.”  And “When I think sometimes on the misery of the world, I begin to hate myself for all the fortunes I have had.  Yet I wonder how serious this hatred is….I love the way I live, it’s opulence, its luxury, its unbounded limits for experience.” 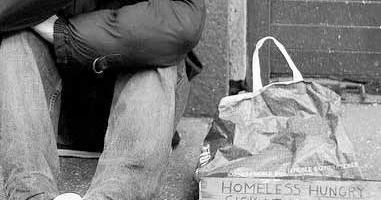 Our character clearly feels heartbroken to see the world, a beautiful planet overshadowed by endless hardships and pauperism.  However he is unable to deny his heritage and upbringing. He has much gratitude for the advantages in life that he has had and feels very blessed for his fortunes.  The worst part is that this is a global problem that is not getting any better.  I won’t get political on anybody but to deny the statistics is to close your eyes. Maybe the real question is how can the world as a whole come together to work on the poverty problem? Is this even or ever possible? Finally, why is working together such a problem if in the end it could help all of humanity?

The next episode Cautious and Analytical