Lately we have been highlighting that sharing your Film Annex content on social media is important to increase your BuzzScore. It helps driving traffic to your Web TV and therefore, increases your revenues. Some of our short film makers are very active on social media and also use their website to promote their Web TV. In this blog, you will see different examples on how our filmmakers, especially the ones on Eren's Picks, use the Internet and social media platforms for film promotion and distribution.

For more detailed examples focusing on our filmmakers, read the series on Filmmakers on Social Media:

Most filmmakers have a website or blog that they use as a portfolio and/or online resume. Adding a Web TV section and/or a Film Annex button linking to their Web TV is one way to direct their visitors towards their channel. On Film Annex website, we provide icons/buttons that you can use, similar to the usual social media icons, that you can find here. But some of our filmmakers were feeling creative and also made their own! 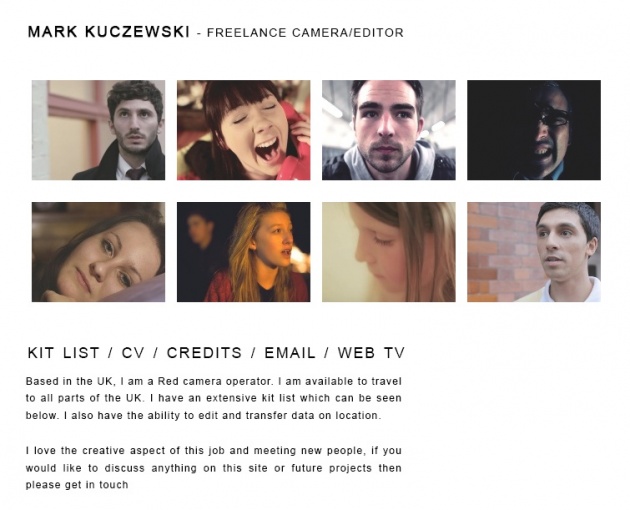 Mark Kuczewski's website, with a section linking to his Web TV. http://www.markkuczewski.com/ 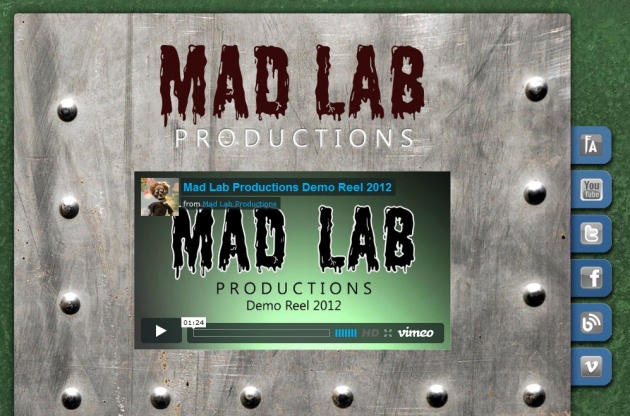 MadLab Productions' website, with a Film Annex button on the right linking to the Web TV. http://www.madlabproductions.ca

Ken Turner's blog. He made his own Web TV icon (on the right) linking to his channel. http://kenturner.blogspot.com

Filmmakers also have the possibility to directly embed a video on their website or blog. To copy-paste the video code, just click on the "chain" icon that appears on the top left of the player of every video on Film Annex. 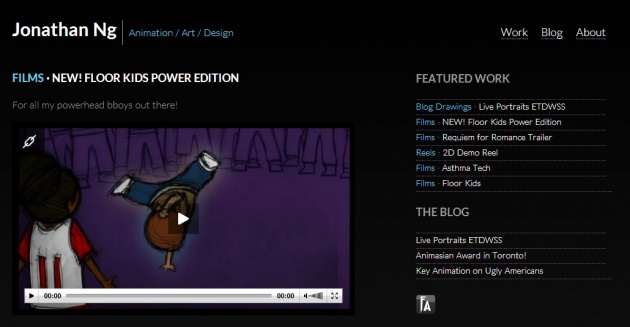 Jonathan Ng's blog, where he embedded one of his video. http://jonjonphenomenon.com/2012/new-floor-kids-power-edition-2/

Most of our filmmakers share their Web TV links on social media by adding the URL to their profile bio or description, and by regularly posting direct links to their movies and blogs.

Andy Parker's Twitter page with his Web TV link in his bio. https://twitter.com/AndyParkerFilms. 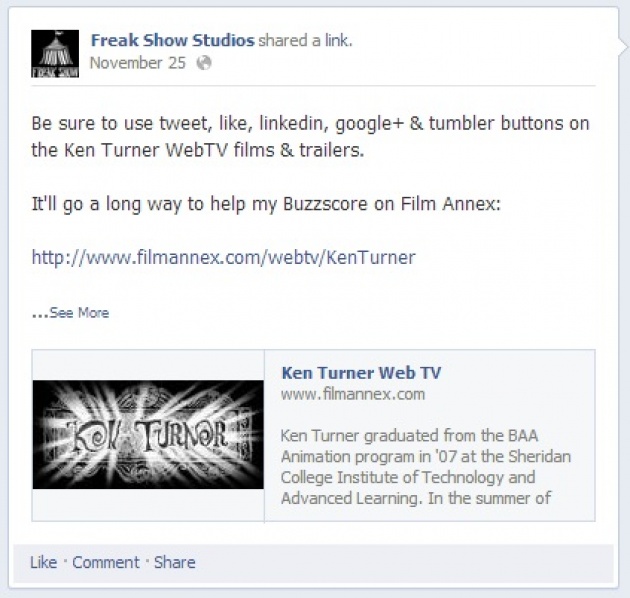 Those are a few examples on how to use the Internet and social media to promote films and blogs. This will drive more traffic to your Web TV and increase your revenues. It can also help other filmmakers know about Film Annex and how it works. You can find more tips on how to promote on social media here. You can also see a list of our most active filmmakers on Twitter here.

Lastly, TribecaFilm just published this article about filmmakers who are active on social media, showing it is definitely the place to be!