Social media is on the rise in this day and age. Nobody can deny it, hell, I'm even blogging about it! With this exciting, new field of media, one must ask: is this an improvement, or is it harming the world? Well, it may be doing both. Studies show that people, specifically those in the age range between 13-35, are using social media for multiple hours during the day. This means an increase in social interaction, however, it also means a decrease in physical interaction. People can be seen sitting next to each other, both on devices not talking to each other. Social media could be improving one's status in the realm of the internet, but depreciating one's life in the physical world.

Social media has been shown to expand people's social lives, so they don't only interact with people around them, but they can also interact with people across the world. Users can make friends in different countries that they never would have met, had it not been for social media. Social media also keeps people updated with old friends loves, and it could even have the potential to improve safety with its users. If somebody posts multiple things on social media every day, but suddenly stops, chances are their "followers" will notice and may express some concern. If some horrible accident had occurred unto this person, their followers could alert the authorities and save them. This is why social media is very important and very beneficial for its users.

Social media also has its downsides. People who spend too much time on social media may experience a decrease in physical interaction. If all people do is look at their devices, how can they interact with actual people?!? Another problem with social media is the potential for hackers. If somebody has their Paypal account linked onto their Snapchat account, and the Snapchat account gets hacked, they could not only lose their account, but their money as well! Not to mention the possibility of putting at risk their personal information, websites and social apps can access your location, just by you pressing one button! that could be extremely dangerous by putting you at risk to online predators. All users of social media should be very careful not to divulge personal information while using the internet.

Although social media is bringing on a new age of social interaction and accessibility, it has its dangers. It is imperative to the users' safeties that they be careful when dealing with strangers online, and never trust anybody without knowing for sure that they are what they say they are. Social media is bittersweet, and can be an amazing tool if used correctly and carefully. It's time everybody asks themselves: is social media useful in your life? 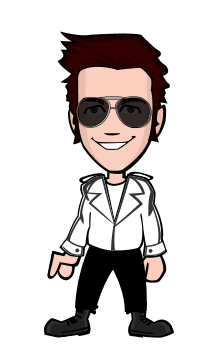 Just looking for a fun time. I don't post much serious stuff and many of my friends see me as a comedian