There is a very famous book by the Greek philosopher Plato describing the trial of his teacher, Plato's teacher Socrates called the Apology.

And in the Apology, Socrates lays out to his fellow citizens his defenses. And his story that he tells us of a friend of his who has gone to the oracle at Delphi.

So Socrates was confused by this because oracle was known for it's truth telling. It was a place you could go to find the truth of things. On the other hand Socrates knew that he was not the wisest person in Athens. He knew in fact that he didn't have wisdom. So he set about to go and disprove this idea that he was the wisest person in Athens. And he did so by going around to other people in the city who he thought would be wiser than him. So he went to politicians, and he went to the poets, artists, and craftsmen. All these people that he thought had wisdom and had knowledge.

And what he found was that , when he came away from having talked to each group of people, that in fact , far from having unproven the oracle, he became more and more convinced that oracle had told the truth. That in fact, he Socrates, was the wisest person. And the reason he found that was because even thought these different people in the city knew many things that they none of them had wisdom to know that they were not wise. That was the wisdom that Socrates had, that he was the only one who understood that he was not wise.

Ans so, from this, we get that original Socratic gesture that informs the humanities. True wisdom consists of knowing you are not wise. The true knowledge is knowing that you do not know. That's why he was put on trial. Because you can imagine a lifetime spent going around annoying people by questioning everything. 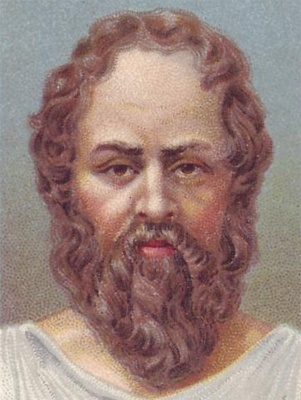 Hello every one welcome to my first post,your friend Angelica ;)

Poem: Only If You Say So; I Disagree

Only If You Say So; I Disagree . . The frantic forensics Of lost thought Sidelined action Of politic…