"Some weird film that did well at Sundance"

I'm sitting in the back of the car with some friends on the way back from Nando's discussing what film we're going to watch when we finally get back in. 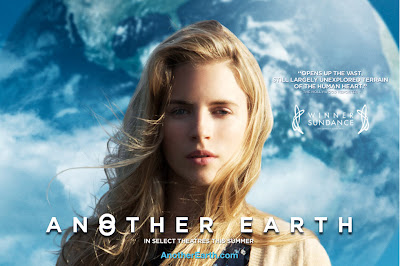 With that response, I'm intrigued as well as relieved.

"Not some mainstream crap then? Another Earth it is..."

Armed with a bottle of Budweiser and a reclining sofa, we press PLAY.

Another Earth is exactly what it says on the tin. Scientists discover a parallel Earth with another 'you'.

Our protagonist is young and ambitious student Rhoda who, on the night of discovery, tragically crosses paths with a composer and his young family. 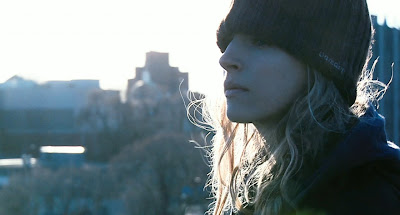 A few years pass and the once ambitious Rhoda is now a more mature but guilt-ridden zombie working as a janitor in her local college.

It is revealed that the moment of discovery broke the parallel dimensions between Earth 1 and Earth 2, so our sister planet literally hangs in the air taunting Rhoda with the possibility of another, guilt-free 'self'.

Pulling herself back down to Earth, she attempts to supress her guilt with an apology to the composer (John) whose life she tragically impacted a few years before. But, backing out at the last minute she becomes distortedly intertwined in his life without his knowledge of her true identity. 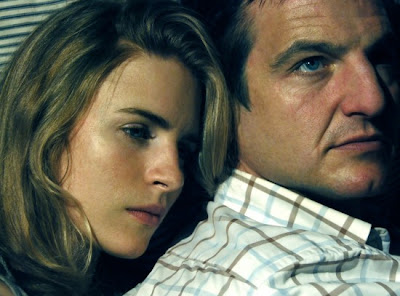 We are then taken on an emotional journey through human connection and the burdening question of 'what if?'.

What I find most interesting about this film is it's originality. Yes its a Science Fiction but it's not your typical blockbuster by far.

What we have is an identifiable and realistic human situation set against the backdrop of a physical human desire. So effectively, it's a character driven drama with a bit of artistic license...If you've ever seen Gattaca (1997) you're going to like this.

Immediately, this film tugs at the many philosophical questions us humans have battled. Is there a parallel 'you'? Would you be the same? Would you want to be the same? What path would you have taken? And so on and so forth. It's no surprise that the questions Rhoda faces are questions that we are forced to continue asking ourselves throughout the film and beyond. A pretty smart technique by director Mike Cahill that creatively manipulates us into becoming Rhoda, a definite thumbs up from me. 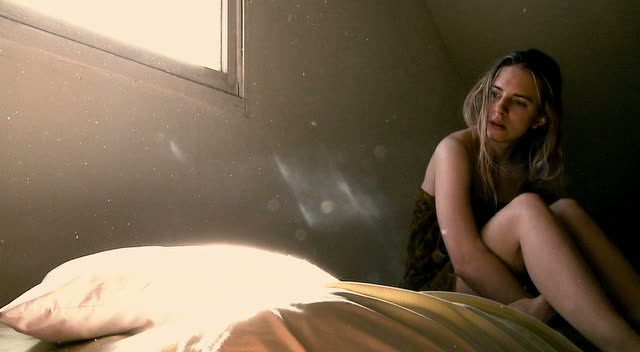 'Not much happens' is a common phase that I can imagine being associated with Another Earth. In terms of action this is probably suitable BUT so much happens under the surface that is beautifully orchestrated.

The developing bond between Rhoda and John, for example, is a complex and intriguing one. They are two intelligent individuals living a lifeless existence who find escapism within each other, effectively creating a world of their own where everything is OK. As viewers we know this is not the case and it adds such a tragic undertone to the whole relationship. This is no spoon fed screenplay but instead a web of deeper meanings that go beyond the obvious. 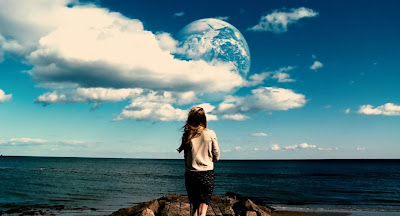 Stylistically Another Earth is beautiful on the inside as well as out. A film filled with gorgeous moments of contemplation that allow you to breathe and take time to scratch ones beard and ponder the mysterious of the universe. Again, if you're a person who likes action then Another Earth is going to disappoint but if you enjoy films that make you think, you're onto a winner.

If there's one thing I hate most about films, it's a predictable ending. With Another Earth I was far from disappointed. An excited discussion even erupted in our living room as we approached the final 15minutes, that's always a good sign......but I'll let you be the judge of that.

Another Earth is a deep and intelligent journey into human connection, the choices we make in life and the question that is sure to haunt every human being, 'What if?'. For the more open minded viewer this is definitely worth a watch but if you like your Sci-Fi's to sit comfortably next to Star Wars, I-Robot or Independence Day then Another Earth is definitely going to be your Marmite.....