Something That Happened When I Was Young 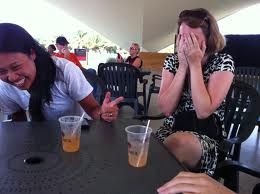 My name is Gulchehra and my life story is bad. I don’t want to make you sad, but something happened to me when I was young. I was young and I am ashamed to tell you about this subject but I have to tell.

I lost my parents and I used to live with my uncle’s family. My aunt asked me to marry her son, but I was only fifteen years old and her son was older than me. It was right after I rejected the marriage and one day I was alone at home when my cousin came and raped me. When I told this to my aunt, she asked her son to marry me, but he rejected this and said, “She does not have a father or mother. I do not need this girl.”

Unfortunately I became pregnant. Then he escaped. The family wanted to marry me to his younger brother, but unfortunately because I had no father or mother, he also did not want to clean the sin of his brother. They were despots to my rights because no one was there to defend me and I had no other place to go.

I continued living with them and doing their housework and bringing up my son. My cousin married and he made a good life for himself, but my life became terrible. I saw him the same as his brother.

Then he came home. At that time I wanted to leave. I went to Lahore in Pakistan. By that time I had two children. The second is a daughter. One day the child’s grandmother came to my house and knocked on the door. When I opened the door I saw a little girl, and then I began bringing her up also, along with my son. To get food for the two of them I worked at the plastic factory in Lahore. One day, one of the machines caught my hand and cut my five fingers.

Now with my limp hand I continue to live again in Afghanistan because of my children. I found work cooking as a servant in a home. I suffer but there is no other way. I must be father and mother both for my children and never give them the feeling that they have no father. I serve the home and according to my children, I can say it is satisfactory by name of Allah.