Sooner than Later by Matthew Gudwin

The previous episode Twenty-three and Determined

As I mentioned in the previous episode our character met a special man named Siegmund Warburg.  This English banker was another influential figure our character met along the way and ended up having Sunday lunch with him three or four times at his home.  In fact this man was beyond punctual, not only for business meetings but he also instilled this practice into everything he did, which impressed our character.  One time Mr. Warburg flew back from a meeting he had in Germany and arrived early to meet our character for lunch.  Our character also arrived early thinking he would impress this man only to find Mr. Warburg relaxing with a pipe and newspaper in his own study.  He recalls contemplating how this man could have arrived from the airport so quickly, when he must have had luggage to get at the baggage claim.  This was how Mr. Warburg operated.  To him being early meant being on time.

I also use this discipline in all jobs that I have had since I moved to New York City.  I remember being young and finally finding a job to fully support myself.  For instance if work started at 4 p.m. everyday I would be at least twenty minutes or more early and if the subway had any problems it would usually balance itself out.  Living here is a dream and one I couldn’t risk losing over something as silly as being late to work. Also it’s a quality that people will remember and respect.

Back to Mr. Warburg, a man whom our character considered highly thoughtful and a visionary.  However he was so disciplined that our character felt it was hard to become close to him.  “He helped create the modern methods of merger and acquisition.” This happened in London when it was common to have “banking based on you trust me, I trust you, your word and all that.”  As far as our character was concerned he felt Mr. Warburg believed that “ although money was important to him – in business, I always say, money without honor is a sickness – he was really a visionary.”  You should always be honorable regardless of money. Without honor nothing else matters. 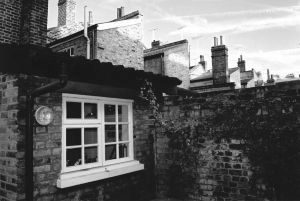 Stay tuned everyone as we continue on with our character in his apprenticeship. Enjoy your weekend.