In a recent video interview, Fereshteh Forough discussed technology, social media and women in Afghanistan with Soumitra Dutta, author, academic, businessman, and Dean of the Samuel Curtis Johnson Graduate School of Management at Cornell University. He discusses how technology is impacting the world, including Central Asia, as well as New York City and CornellTech.

Dutta begins the interview by discussing the importance of including women in all aspects of business. As he points out, “Women are a very important part of society today and 50% of the world is female. I think it’s a necessary condition for us to survive and to be relevant to have a strong focus on women in our programs.” He explains that including women in the faculty as role models is critical for the program. He says, “The need for more representation and for more focus on the female issues is extremely important for the future of Johnson and for the future of business schools.”

However, getting women into business school isn’t always simple. Dutta explains that all around the world, women 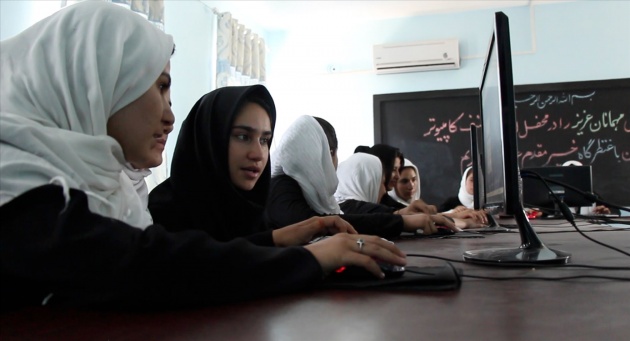 face pressures that may keep them from attending business school. He points out that personal and professional pressures can be challenging. However, Dutta says that including more role models for female students can be an important method of showing them that women can succeed in the business world. As he says, “It’s about inspiring young women to be able to get them into the business school world.”

Dutta explains that technology is changing the world, from Afghanistan to CornellTech. He says, “The more we can create contacts and relations between schools and Afghanistan there’ll be more communication and more inspiration.” He says that much of this connection comes in the form of social media, which he says is “a vehicle for expressing yourself and connecting with people like you and for being immersed in this world of ideas around you.”