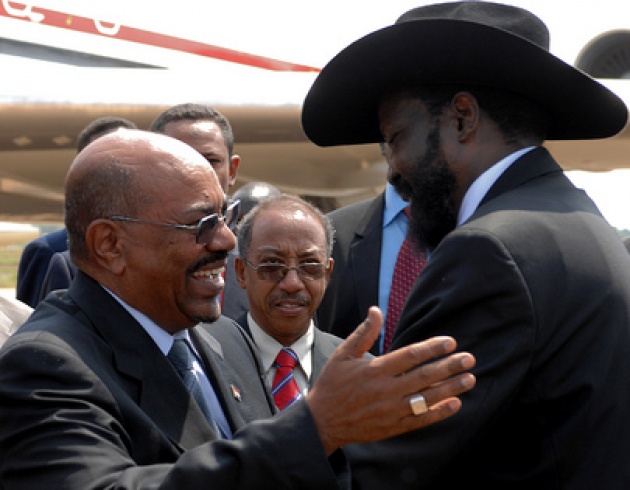 UN Security Council expected to adopt a “Presidential Statement” on the ongoing conflict/tensions within and between Sudan and South Sudan. Both the African Union and the UN Security Council are looking at South Sudan more as “aggressor” particularly with respect to the Heglig Region apparently now controlled by its forces. This would be a dramatic shift where until recently Sudan has borne the brunt of criticism, and several of its highest level officials have been indicted by the International Criminal Court for alleged grave violations of international humanitarian law. The Khartoum regime has also come under severe criticism from George Clooney and other activists for ethnic cleansing in the Nuba Mountain region and other areas under its control.

The fighting around Helig appears to have been very heavy - reports from Sudan may indicate as many as 1,000 killed. It is undisputed that the since the partition of Sudan and last summers independence of South Sudan, both countries have witnessed ongoing conflict. Sometimes it appears to have an ethnic character, but frequently land, water and particularly oil are at issue. Both countries accuse the other of provocations and of instigating rebellions. The partition of Sudan into two countries has actually witnessed a recent rise of conflict within each country as well as along the border.

The UN Security Council will take up the matter – initially focused on the oil rich Abyei area, but now also addressing Helig and other disputes and alleged violations of borders and international humanitarian law. Below is a summary from Security Council Report & link issued April 11, 2012 in anticipation of UNSC action:

Council members met this afternoon (11 April) at expert level to discuss a draft presidential statement circulated following consultations this morning that focused on Abyei and the tensions between Sudan and South Sudan. During the consultations, Edmond Mulet, Assistant Secretary-General for Peacekeeping Operations, briefed Council members. It seems that the draft presidential statement being negotiated will send a clear message to both parties to exercise restraint and cease military activities across the disputed border.

The draft presidential statement is also likely to address the recent seizure of Heglig by South Sudan. During his briefing Mulet apparently confirmed reports that South Sudan had seized the disputed area of Heglig, which lies over the oil-rich Muglad Basin. South Sudan has said that it took control of the area after repulsing attacks by Sudan across its border.

Council members seem particularly concerned by this recent escalation of violence along the border. Today’s consultations, while focusing on Abyei as originally planned, also included a broader discussion of the escalating violence along the Sudan-South Sudan border in violation of the Memorandum on Non-Aggression and Cooperation that the two countries agreed on 10 February.

As the Council considers an appropriate response to this violence, other international actors have conveyed their concern over the situation. The Secretary-General has called for an immediate de-escalation of the situation between Sudan and South Sudan. The African Union has also issued a press release expressing its “grave concern” at the violence between the two countries along their shared border and calling for the “immediate and unconditional withdrawal” of South Sudan from Heglig.

Bones - The Couple in the Cave

Image Credit: Fox via Wikipedia "The Couple in the Cave" is episode two of season six of Bones, the …