In previous some lecture we discuss about some facts about the Space and solar system and also discussed some characteristics related to this topic and in last lecture we study about the Sun’s Atmosphere which will discuss today as well. In last lecture we have study the Photosphere and Sunspots and in today’s lecture we will study about The Sun’s Winds, the Chromospheres and the Corona. 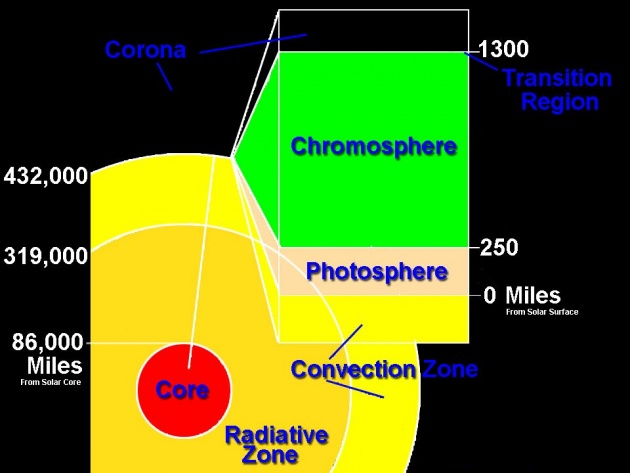 The corona layer is just above the chromospheres and it is very hot layer of the solar atmosphere. The Corona extends to Earth and beyond as the solar wind. The Sun’s temperature rises to 2 million degree C grade at the bottom of the corona. The temperature of Corona remains almost that hot as it reaches Earth. 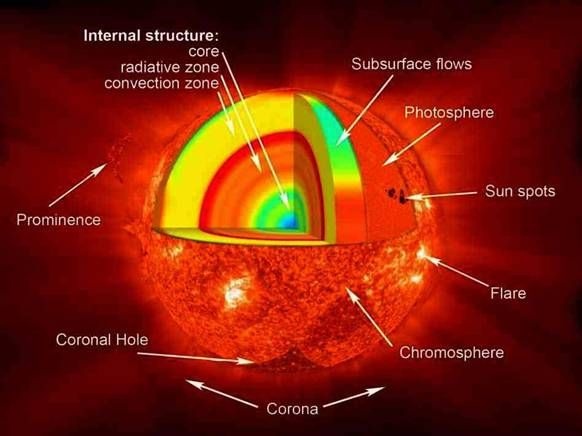 Corona’s high temperature creates problems of solar physics. As we know that chromospheres and photosphere are closer to the Sun’s core than is the corona. The corona is several hundred times hotter than the chromospheres and photosphere. We know from the laws of thermodynamics that heat cannot move from a lower temperature area to a warmer area. According to the Scientists heat of the corona results from effects of the Sun’s magnetic fields instead of radiation from the Sun’s core.

The sun’s outermost part is a stream of particles that flow from the sun into the solar system. This type of flow from the Sun is called the solar wind. The solar wind extends all the way to the heliopause, far past the orbit of Pluto. The corona is so hot that it cannot stand still and expanding outward directions into space. We can see this phenomenon in the below diagram;

That was the discussion related to the Sun’s atmosphere in further lecture we will study about Eclipse.