In previous lecture we have study about the Earth Moon and Its Phases. Earth has only one Moon which is in the ring around the Earth. The earth moon compleats its one rotation roundabout within one month. (29 days and 12 hours) 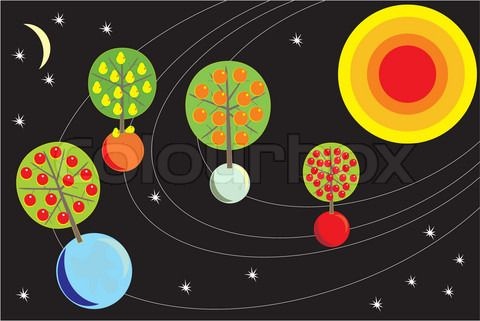 Jupiter is a largest satellite of the solar System. It is the fifth planet from the sun in the solar system. If we study the size of Jupiter, we will conclude that Jupiter has 1400 times the volume of Earth.  Average density of Jupiter is only about one-fourth that of Earth density. The giant planet must be formed of gas instead of the metals and rocks forming the Earth Jupiter orbit the sun. The Jupiter’s average distance is 5.2 times greater than that of Earth, once every 11.9 Earth years. Jupiter takes only 9.9 hours to rotate on its axis. This rapid rotation causes a bulge at Jupiter’s equator. 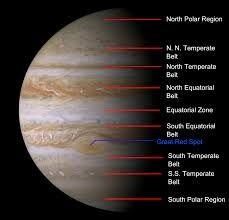 Approximately 80 percent of Jupiter is consists of hydrogen and helium, which is similar to that of the sun and other stars. Jupiter is about 80 times too small to have become a star. The planet radiates is about twice as much energy as it receives from the sun. The source of this energy is apparently gravitational contraction.

Atmosphere of Jupiter is cold. Hydrogen-based molecules, such as methane, ammonia and water are most common on Jupiter. Periodic temperature changes in Jupiter’s upper atmosphere reveal changing winds like those in Earth’s stratosphere and photographs suggest giant cyclonic storm systems. On Jupiter winds are faster than 650 km/h which caused by heat escaping from Jupiter’s depths. The colors of Jupiter’s clouds, including the famous rust-colored oval which are called the Great Red Spot and they come from trace of chemical compounds.

Jupiter is a Largest Satellite on this Universe. Jupiter has about sixteen satellites (moons) which have so far been seen. The Moons of Jupiter’s are lo, Himalia,Europa, Ganmede, callisto, Metis, Amalthea, Leda, Thebe, Adrastea, Elara, Lysithea, Carma, Ananke, Sinope and Pasiphae. 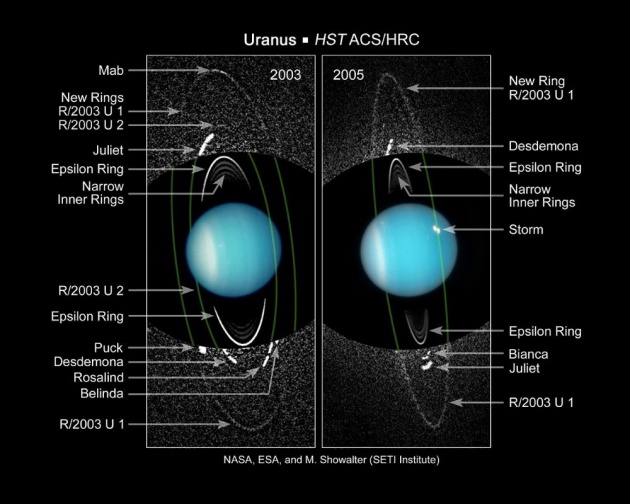 Near the Jupiter we found a faint system of rings. Since the material in these rings is visible moving in toward Jupiter, it must be continuously replaced, perhaps by disintegration of small moons embedded in the rings. Metis is just at the outer edge of the ring system and could be one source of material. 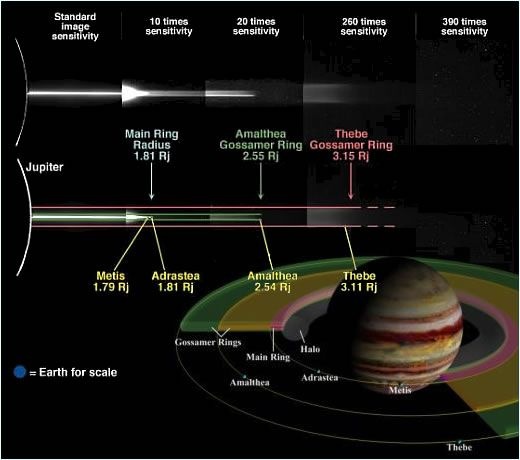 Today we have study about the Jupiter and its Sixteen Moons. We have also study that it is largest Planet in this Universe. In the Next Lecture we will discuss about the Saturn and the Ring System.