In previous lecture we have study about the Saturn and the ring system. Saturn is on sixth number from the sun and it is famous for its rings, because it has the different rings which surrendered them. The rings are thought to contain rocks, frozen gases, and water ice in lumps ranging from less than 0.0005 cm to about 10 m in diameter. 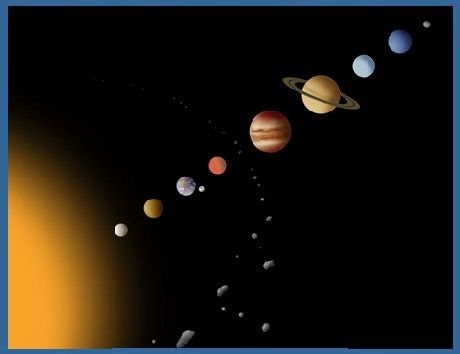 In today’s lecture we have study about Uranus and Neptune which are also important part of this universe in Space and Solar System.

Uranus lies between Saturn and Neptune. Uranus is the seventh planet from the sun. British astronomer Sir William Herschel discovered Uranus in 1781. Diameter of Uranus is 51,120 km and its average distance from the sun is 2.87 billion kilo meter. The mass of Uranus is 14.5 times greater than Earth’s mass. Uranus completes its movement approximately in 84 years around the sun in its and rotates on its axis in 17 hours 15 minutes. Its atmosphere is mostly hydrogen and helium with a trace of methane. Through a telescope it appears as a blue-green disk with a faint green rim. Nice rings orbit Uranus, which also has 15 satellites revolving around its equator. 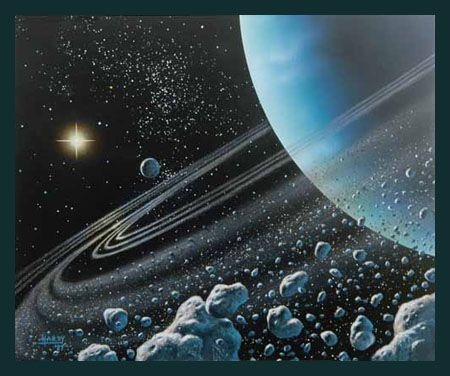 Neptune is eighth planet from the sun and it is the fourth largest planet in the solar system. The distance of Neptune is about 4.5 billion kilo meter from the sun. Neptune is about 49,400 kilo meter in diameter and about 3.8 times as wide as Earth. Its mass is only 17 times Earth’s mass. Neptune has a deep atmosphere around a liquid surface and a solid core. Neptune is mostly having hydrogen and helium with up to three percent methane. Methane gives the planet its blue color.

In today’s lecture we have study about the Uranus and Neptune. We have study that they have mostly consists of hydrogen and helium. Next lecture will be the last lecture of the Space and Solar system and we will discuss the summary of the Planets.