Special and Visual Effects Used in the Movies 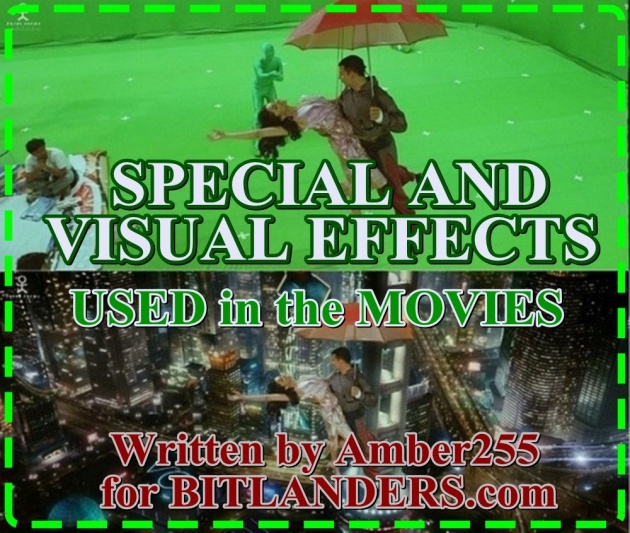 Greetings to all my readers. The last Friday, I was too busy, and it happened so that I had no time to watch any movie for the review. I do not want to write a review about any old movie, as impressions are not the same already. So, instead of a new movie review, this time I want to talk about special and visual effects used in movies filming. Anyway, the blog still will be about movies and its creation. Really, did you ever wonder how all the visual and sounds tricks were created, and why it affects us like true ones? Is it everything absolutely different than it looks when we watch the movie? Let's talk about it.

How I came up with this idea? I came across the video on YouTube, and this theme caught my attention as everything about movies is interesting to me. And so, I got an idea for a new blog. You can watch this video also:

7 MOVIES BEFORE AND AFTER SPECIAL EFFECTS  - Video credit: MindWarehouse via Youtube.com

Recently, special and visual effects have become an integral part of every movie, regardless of its budget and country of origin. In the past, such effects were related to the action and fantasy movies, but today, every movie uses the special effects. We cannot say that the special effects are the realm of today. Actually, it was born in the 19th century, when the French George Melies initiated and invented the first special effects: time-lapse photography, slow motion and accelerated shooting, double exposure, and other usual elements of today's cinema.

What it looks like if movies would not use the special effects? I think, that by now, there would not have been any of the most popular and best movies, that we have ever seen. For example, Titanic, The  Lord of the Rings, Spider-Man and, of course, many others less or more spectacular films. 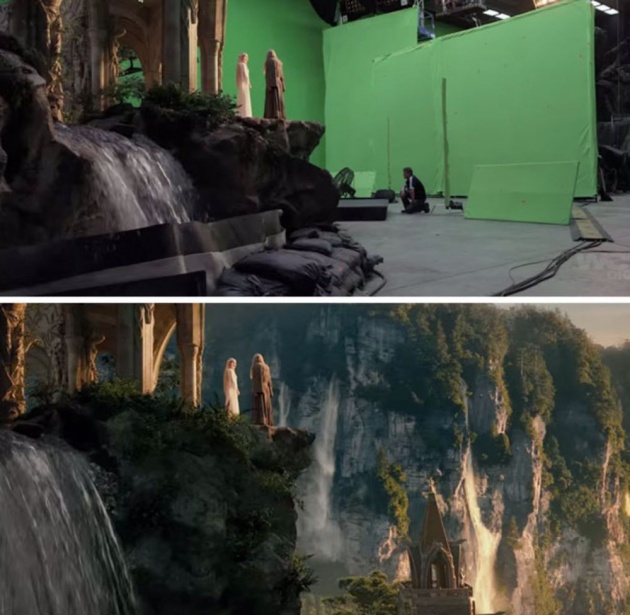 Before and After Using Special Effects  - Photo credit: blog.redstudiosmedia.ca

Now, modern special effects technologies are able to replace old-fashioned traditional cosmetics and eliminate wrinkles or gray hair. In addition to this, they are able to change the features of the actors' faces, as well as their expressions on the stage of the film. The further, the special effects become stronger and more impressive. Many special effects experts admit that they had to change facial expressions many times, for example, to close and open eyes, to make thicker lips, or to completely curb their breathing sounds, and stop eye blinks.

Visual effects are created by the artist, typically after shooting has concluded, in order to expand the vision of the director. This is accomplished by creating images that can’t be reasonably photographed on set or do not exist physically. - Daryn Okada

Also, one of the most interesting places is the love scenes, when actors separate from each other play various episodes of love, and then, thanks to the special effects, everything is combined into one episode and made as if they really would enjoy each other. Sometimes, it is very useful for the actors.

It can be said, that the era of special effects have started with such films as Star Wars in 1977 because, in that year, when the first episode of this epic appeared, it really captivated many spectators. Probably many of you have seen older films, as, for instance, the Godzilla (Japanese version), when this creature broke down the city. Let's admit, that nowadays such effects can be considered as childish already.

And those who like cartoons, I guess, could notice that the era of cartoons was overshadowed by computer graphics, that use the so-called 3D technology. Movies such as Shrek, Ice Age, and Toy Story conquered not only the children's hearts but also by adults. 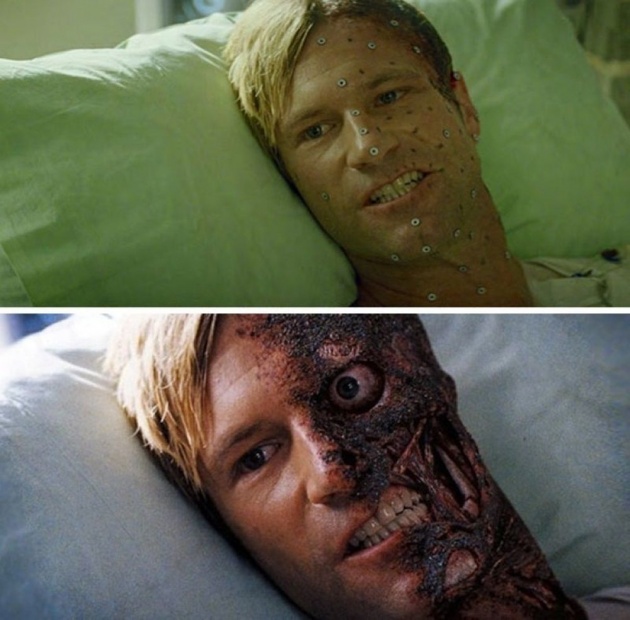 By the way, creating such special effects is not easy work. Many people working in this area, use a variety of computer programs to create fantastic effects in motion pictures. Most of the effects are 3D technology's special programs. And there are also computers with which all these special effects are being developed. Not every one of us would be able to buy such a computer and use it only for games.

Also, I think, without special effects, there would not be surviving any TV in these days. Because almost everything hangs on these effects. So let's be glad that all technological innovations move forward and do not stay in place. Because without the special effects, the TV world looks much gloomy.

In common language, the most commonly used term is special effects (SFX) - effects that cannot be achieved on a movie filming without the use of special equipment or elements - effects requiring special training.

This concept is very diverse, and the scale of the special effects is wide - these can also be considered the wounds created by the masters of greasy paints, and the battle of aliens in the cosmos. Special effects adjust the lines of the actor's body, eliminate unnecessary details in the frame or, vice versa, draw the panorama behind the actor's back.

Special effects are divided into visual (optical effects and computer graphics) and mechanical or physical (pyrotechnics, decoration, use of technical equipment). Due to the extremely wide range of special effects, it is subdivided into subgroups, that characterize the subtleties of their creation.

While reading my blog about special and visual effects, please, check Querlo Chat: 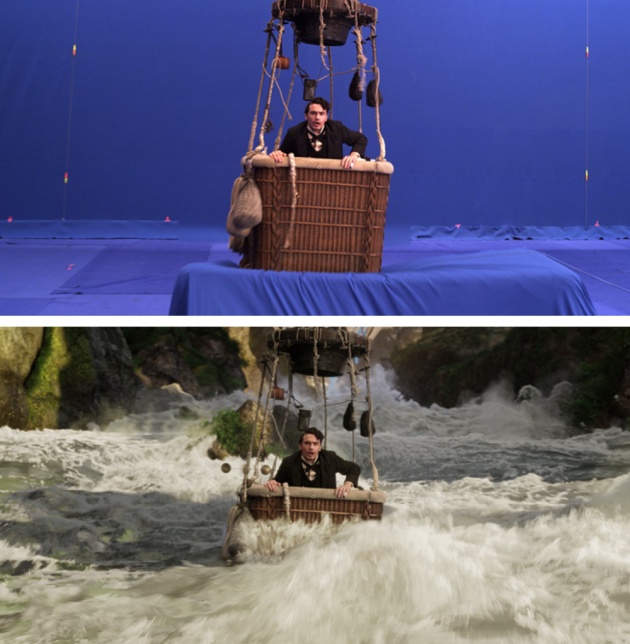 In most of the action films, the overturning of cars is created using special pneumatic equipment and nitrogen. The filled tank is attached to the driver's seat and activated by special devices that, in accordance with all requirements of safety, flip up the image of the car, using compressed nitrogen power. In the post-production stage, the frame is cleared by deleting the tools used to complete the trick. So, nothing terrible is happening in such scenes. 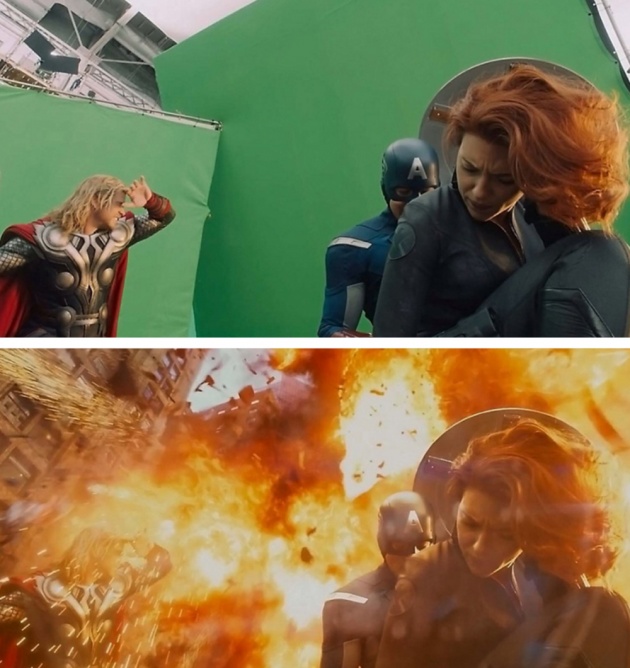 After the end of filming, the visual effects (VFX) are added in the process of movie filming - the special effects that are impossible (too complicated or too expensive) to create on the stage of filming and to capture with a camera.  Visual effects from other special effects are distinguished by the fact that, unlike other hand-created effects, they are created in the post-production stage, when the film is mounted in conjunction with computer graphics elements. For example, the previously discussed animatronic is replaced by an exotic animal on which the film's hero rides. The visual effect can include any manipulation of film material and effects created after the work of the live-filming.

VFX effects are probably the most widespread special effects group. It works with the mentioned animatronics, mock-ups, and models, that are filmed on a green or blue background, using computer-generated imagery (CGI). 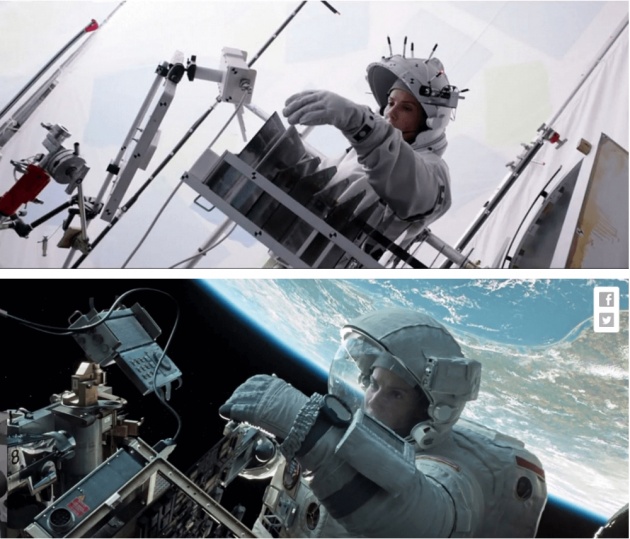 Have you ever wondered about how to create shrieking or scary sounds of horror movies? There have been times. when a number of really horrible horror movie scenes, especially those related to animals, were actually live-filmed. Naturally, society has rebelled against it. In the contemporary horror genre, special effects are most often created after everything was filmed already - in sound or graphics studios.

Unlike the early horror movies, the present ones get deeply into our consciousness and successfully play with our emotions. And this is not because of the computer graphics, which can draw as much as concrete any monster, but because the directors have learned to create films that play with our mental weaknesses. All these can be achieved through special effects. 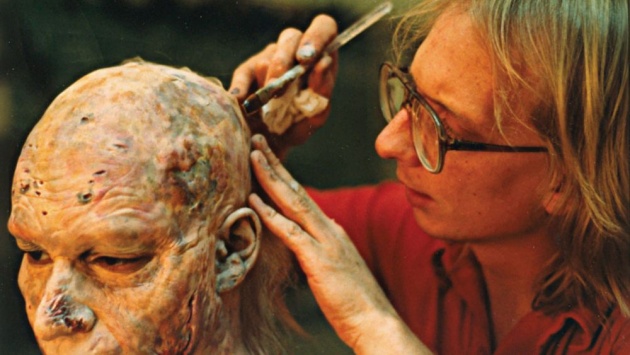 One or another movie scene is artificially exaggerated with the Foley sounds. The term came from the name of the sound designer Jack Donovan Foley, who introduced the technology. In other words, it is the recording of synchronous noise. For example, the sound of a bullet running through the water is obtained by tearing the paper sheet in half. The various bodies abnormalities, the bone fractures in the movie are obtained by the breaking sounds of a variety of vegetables - cabbage, celery, carrots.

The Avatar movie is called Technological Breakthrough as it has opened a new stage in the development of VFX (visual effects) - as many as 60% of the visible images appear to be computer graphics. Creating the Avatar, the motion capture technology was used maximum also. Its operation is based on the motion sensors mounted on the actor's body. The sensors send signals to the computer, and its program processing them and converts the image into CGI.

Top 10 Visual Effects You Thought Were Real  - WatchMojo via Youtube.com

The Weta Digital company has created a unique special-purpose software package called MASSIVE - Multi-Agent System in Virtual Environment, featuring many animation tools and artificial intelligence. This system allows simulating mass scenes, in which up to several hundred thousand actors can take part in performing a certain combination of movements, that depend on the course of action.

It can be one or more soldiers or a hundred-thousand-strong army: each person simulated by this software behaves as a separate independent unit but at the same time, the actor can easily interact with other program participants, thus creating persuasive mass scenes.

The MASSIVE program made possible the creation of scenes that were previously considered impossible, and soon, it became very popular. An updated version of the program is currently being introduced, and the number of movies that have used the MASSIVE program now counts by hundreds. 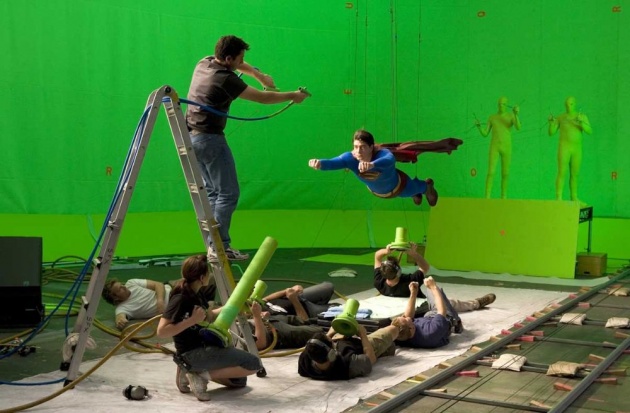 Today, visual effects, especially CGI effects, have reached such highs and levels of development that frequent viewers in the movie review make it difficult to distinguish real images from computer-generated images.

Current cinematic effects just three or five years ago seemed impossible. And some high-budget movies can boast of specially designed computer programs, that open up the new film-making opportunities.

However, not everything looks so good. As the computer technology development accelerates and their application in the filming accelerates, the requirements for actors change. The former important physical data, the actor's appearance and ability to communicate are shifted to the second plan, forcing the actor to learn new things - to work with on their bodies mounted special equipment and to use actors' mastery and ability to see future objects, that are not in the frame when filming with green screen background.

With the help of computer technology, the demand for some actors is reduced. For the sake of saving, and making the filming simplest, in the tape, the actor can be replaced by a digital copy. In this way, you can abandon the costly stuntmen services and create in reality non-existent decorations by refusing the need to rent huge film pavilions.

As we can see, the creation of special effects in the cinema is an entire science, which requires not only careful preparation but also great human, and financial resources.

The everyday advancement of computer technology, the increasing appetite of the viewers and filmmakers, and the need for innovation are given a question - what will we see in the film several years later?

For me, I rather like to see real emotions on the face of the actors, than the tears made by computer graphics. 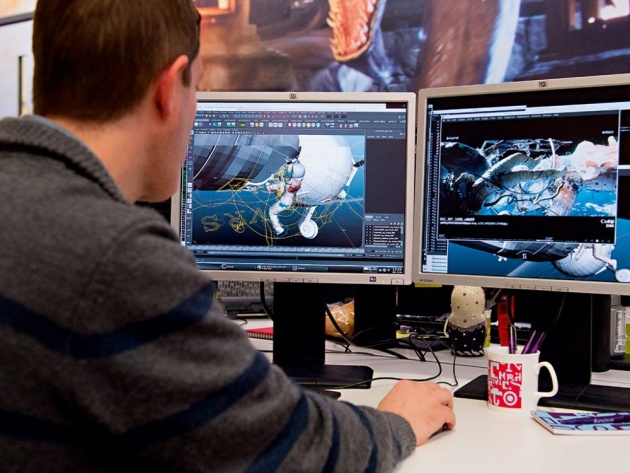 1. Movie GHOSTLAND Review: It's Better Not To Watch If You Have Weak Nerves

2. Movie A QUIET PLACE review: the terrifying silence works on your nerves

3. TRUTH OR DARE movie review: a movie that failed to take full advantage of its enormous potential