Special education is the Education which is give to the children's Those who are abnormal , Mentality problem , Learning , Hearing , Speaking or Having Body problems .This is Due to Almighty Allha. According to Survey There are 2.9% Peoples Of the World Having these problems . So it was Neccessary to Give some education to them . so they should have the sense of Morality. Then they will have their values .Because we cannot ignore them. They are Humans . They also have their Rights to live their life comfortable . So for their Morality it was necessary that they should get education . By getting education they will have the sense of good and bad. Now by this view Every country is Making special institutions for these childs. Pakistan is also working for these childs by making special institutions Where they get education according to their problems.
we Have visited National Special Education For Childs H/9 Islamabad.
This institute is located in islamabad Where special education is given to students. Both girls and boys study there. it is upto Matric Level. Affilated with Fbise .it is semi-government institute. It is Funded by government and some other NGO's. Totally 465 childrens are getting education From the institute, including both girls and boys. They are providing a great enviourment for them, this institute is basically for The Hearing and Learning education.
Building:
The institute of special education Islamabad is located in 8 Akrs.It is well decorated and well Managed. Saperated Campuses for Boys and Girls in this Institute.Its building is very beautifull and clean. All the building was Decorated with different charts and picture which were related to the them, Also a play ground for Childerns their. where childerns play differents games in free time. childerns also participate in co correcularactivities.These activities are important for these childerns because by these activites they spent good time in difficult life.
Well manage and decorated class room with carts. They use sign language on chats.Also a cafeteria their where students refresh themself with some snacks in spare time.over all building wise this institute is awesome

Staff of institution was quite impressive they were gentle & polite they were socialize and well educated. They were well behaved and educated. They were dressed quite well. There were total 86 member in the staff both males and females. They were well mannered from their talking style you can easily derive that. They guided us well. Some of the staff members are discussed below.
There were some staff members those who were also abnormal. suffering from different problems. They easily teach the students in their own way.
On our visit we were able to met teacher they told us about something that how they teach their student they use hand gesture to communicate with them different gesture for different things. Three teachers we met all were working their for 10 year or some 12 or may be more. The way we look at things they were teaching them in a best way its actually a good thing that they are teaching them as normal student. Their motive was to give student best education and develop their interest in education.
There were two section of school boys wing and girls wing. Boys wing got all male teachers and they were motivating student to their highest level and were willing and able to teach the student without any hesitation student. Comparison between both male and female could be difficult because both have their own way of teaching. It is difficult to choose who is the best but I would rather say both were great.
All staff knows the language of hand they seem to be communicating with the students. Sports teacher daily at 10:45 take sports class. Student seem to be quite interested in sports. Best student is always created by a mentor so that sports teacher was just like a mentor who was enhancing their skills in cricket & football and many other games. Student were seem to learn alot from him.
Receptionist were sincere is his duty. He was guiding every one how need to know some thing. He also has cooperated with us quite much in all manners. He was polite and really know how to talk like a gentlemen as for student he was communicating with them by hand gesture.
Security guard was on duty with sincerity. He was sincere with his job. His duty was to look after gate and check peoples id or for what reasons they waunt to enter gate. As per their security level was quite tight they would’nt let us enter the school without permission letter.
Driver were also quite happy for their jobs. They were happy to serve special childs some of them were working their for more than 5 to 6 years and some were newly started. As I have told earlier that every staff knows student language. They also communicate with them In their language.
Cleaners were taking their duties seriously and were happy to serve them. As per that they also helped us in understanding the school and students
In the end all staff were great where quite groomed and well mannered they know they have a good scence of humor and were willing to serve the students like them. All the staff was quite cooperative and helped us alot.

Education is a powerfull tool for a person to make life beautiful and easier.So in that school special childerns are offering many types of education to make their lifes delightfull and full of joy.Because any person never servive in this difficult life without education.
The education delevired to them is according to Federal board, their all scedual is according to board, their teach them all the sciences, But their teachers also give them islamic education which is important. All the education is delevired by signing through Hands. Islamic studies book is also studied their.
So these childerns learn same types of books that are learn by normal students. But they understand it by sign language.firstly these student learn sign language their and after that teachers teach books to them with sign language. Their books accociated with FBISE.

Islam is a major part of our life. To fallow Islamic rules and principals is main objective of all muslims. so every muslim need to learn islam. In this institute they provided Islamic education to students. Students know about basics of Islam but they can't known Islam deeply. Students known about KALMA, NAMAZ ,ROZA,HAJJ,ZAKAT. and also known about Basics rules of Allah and prophet (S.A.W).But main problems because of lack of communication with childerns they never known about some problems of islam.
But overall they have good Islamic environment their.They also learn Quran their.The teachers teach basic themes of islam in quran

Teacher's view about islamic education:
We met their teachers they taught us very well about their studies and their education,
they tell us that all the basic learnings are taught here, but as a Muslim country we are not delivering the Islamic education which is necessary for them. because it is very difficult for them to teach them through signs.

These types of school is great opportunities for those students who are suffering from these problems, because of learning in these school this type of people make their own representation in society.Learning is better then spent time in street and waste time.it is important for this type of children to educated because they aslo learn sign language their.by education the achive their dreams .
According to our View;
the education which they are providing there is according to World, there is very low rate of Islamic education, There are not focusing much more on Islam, which is very important for a Muslim, they tell them morally manners during class.
Governament need to made more these type institute.also made these institute in arbanareas.governament need to provided employment opportunities to these type of students.Special course of sign language for teacher.These types of student play important role in development of countary. But now they are striving for the Islamic education, that government should provide islamic education to them . 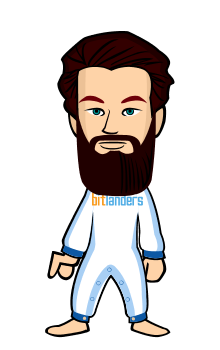