I am not a sportsman neither I am related to sports in any respect. But sports is something very common, advanced and well-highlighted thing in today's modern time.The same Effort is done by bitLanders by presenting Sports and Social Good as a Double Reward topic. I guess it is to encourage people for participating in sports and to rise awareness about how sports are socially good. This is evident by Survey Chat now a days.

The very first thing which needs to be discussed is what actually sports mean.Well, in general, it can be said that any type of outdoor game which involves physical activity is termed as sports. While moving toward an accurate definition, sports can be defined as "Any of such physical activity which is focused on skills in which one or more players compete each other and which is a source of entertainment to viewers."

A well known proverb is quoted here. Sports actually demonstrates us how true this proverb is. No doubt being skillful in some specific game can be in-born or inherited quality but no matter how talented a player is, there is still some margin is left for him to get polished.Mastery or greatness in any field of life is only achievable by practice. Hard and smart practice indeed. Practice mustn't be so hard to damage the specific parts of body temporarily or permanently instead of blooming the skills.

Sports: An Entertainment for Viewers:

(Google)
Sports is a great source of entertainment for viewers. But only and only if it is at a level good enough to be broad casted wordlwide or at least at club levels to be broad casted nationwide. There are a lot of people who have a great sense of some specific games they have taste for but can't be the professional player of it. There can be a many reasons for this like a mistaken ambition, inadequacy either physically or financially, lack of platform or other circumstances like parental pressure etc. Such people satisfy there thirst of their favorite game by watching it. They certainly have some favorite teams or players participating in that game which they support. In this way, when people with common interests i.e. being interested in some specific game or match, they talk about it and share there views. This thing has given birth to Sports Fever which doesn't belong to any certain age but is most common in youngsters as when they idealize a player, they are energetic enough to follow them. In this way, broadcasting of sports worldwide has encouraged people to get out of this E-media and to experience some real action.
On the other side of this so called "Entertainment", there is a huge business growing day by day i.e. betting for your favorite team. And the Master-Minds of this so called "Business" are pretty successful to get attention of Sports Lovers to manipulate there minds so that they may "Invest" some of their money on their favorite sports.

Coming back to our topic of interest. Sports are quite healthy stuff for society. How? Well definitely, when sports are to be practiced, some sports centers or courts are required. In today's advanced and well managed societies, a great care is taken to provide the society with these facilities. Greenery is in plenty around such courts to provide the players with fresh air, refreshing and open sight. It is said that "if all the hospitals are converted into a park, there will be no patient."  In this way, sports is improving the health of society. Lets recollect.. Health is wealth.
Definitely, some trainers are required in sports complexes to train the teams or players enough to get them to national level.These trainers may be the old retired district level players or some fans that have some extraordinarily critical sight on complications of that game. So this is how sports is providing a good and respected livelihood to youngsters as well as oldies.
Inter-district or intra-district tournaments allows the audience to come there on the spot to see there favorite sports personality showing some moves. This inspires the audience to step forward, go beyond there limits and just achieve their dreams.
Educational institutes can't neglect the importance of sports. As it is medically approved that A sound body has a sound mind. Considering this, schools, colleges and universities have there own proper teams of well recognized games. They have a dedicated gymnasium and a defined budget to take care of there players and training crew. They not only sponsor and encourage their players to approach to next level but also co operate them to meet their personal needs by paying them. Moreover, a sports person studies for free on a Sports Scholarship. Hence, institutions not only encourage people to participate in sports but also facilitate those students who are weak either in studies or financially to carry on their study. As Education is an ornament and is basic right of every citizen.

This is the "Sportsman's spirit" and not the sports which is socially good. This is because all the stuff mentioned above show the materialistic benefits of sports but in my view there is some thing better sports do to the society. Lets strike a casual glance on what are the characteristics of sportsman's spirit and how they are good to society.


1) A sportsman is Brave. During his preparation for competition, he has suffered from enough physical pain and mental stress to broad his vision, to see things more resolutely and to get over them. So, in emergency situation, a sportsman would probably the first one to volunteer himself and probably the last one in the critical situation to surrender himself which is undoubtedly a great plus point for a society. Because no matter how brilliant a nation is, bad times never knock the door before their entry.

2) A sports man is a Co-operative fellow  As a basic thing in sports is team-work, management and leadership qualities. Being good in all these things, a sportsman tries to understand the scenerio from the other side of the picture. In this way he is helpful in putting down disputes which are a part of a society due to difference in opinions of people. 3) One of the most valuable quality of a sportsman is Patience. As a game can't be won aggressively. To win the game, you have to be patient to respect the other players and laws of sponsor organization etc. Moreover, a person can't be technically good in game overnight. It takes hard work and a long time to keep your morale high, to keep practicing until you become a master. These things are not only useful in sports but also in the game of life, which is the most interesting one among all. Its obvious that a person with such qualities is beneficial not for him and his family but also to the whole community.

(Google)
4) Sports is also a way to get representation of your whole country. A sportsman is the representative of a whole nation. In other words, if a country is considered as a brand, its sportsmen can be referred as its Brand Ambassadors. Sports strength of a country depicts how good a country takes care of its people. How it facilitates its citizens. How good is the literacy standard, mannerism, attiques and health standards of a country is. Whenever a team travels to some other countries to participate in an international event, they're usually welcomed there. The players basically preach there culture and traditions letting people of other countries get familiar with there standards. In this ways. a sports team can paint the repute of there country either white or black on international level which has a direct and great impact on citizens of their own homeland.

5) Last but not the least for today. The impact a sportsman leaves on the mind screens of people on international or national level, it is of great importance, especially now when everyone has got a proper sense of everything they watch and have a good critical sight. The impacts left by a sportsman is if taken as the scale to measure the decency of a nation then it would not be wrong to do so. It is essential to keep proper and regular check & balance on sports activities. As they can encourage others to visit your country, meet you people, do business with you, to sign some contracts for mutual development etc.

To sum up the topic, I would like to say that sports is something with vital role in our life. From the minute level of individual health to the level of multinational businesses, sports is something with the ability to make you or break you. As far as sports and society is concerned, nothing is neither good nor evil by its nature. It all depends on how it is used. If used for positively, sports can take you up to the heights of tremendous prosperity otherwise if used negatively, it can be destructive. As far as a sports is concerned, now every sports is somewhere and somehow recognized internationally so they can't be neglected. When a thing can't be neglected, a wise decision is to make it useful. Need of the hour is to aware people about sports (as a chance is given to us by BitLanders). to facilitate them, to provide the players of lower levels with better ranks so that they can make their leap to next level and to give respect to those people who are your representatives no matter whatever their designation

Thank you BitLanders for keeping double rewards for such a good topic and giving us a chance to express our views about it which would be don't know more or less but useful to rise awareness among people. Thumbs up for the selection of  this topic. :) 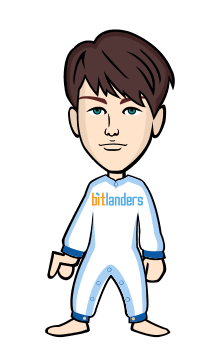 How To Achieve A Glowing Skin

Photo Credit: kangbch via Pixabay, Edition by Pamclamille for bitlanders.com Ever wondered how to ge…