SPORTS IN AFGHANISTAN AS A VEHICLE OF PROGRESS AND PEACE 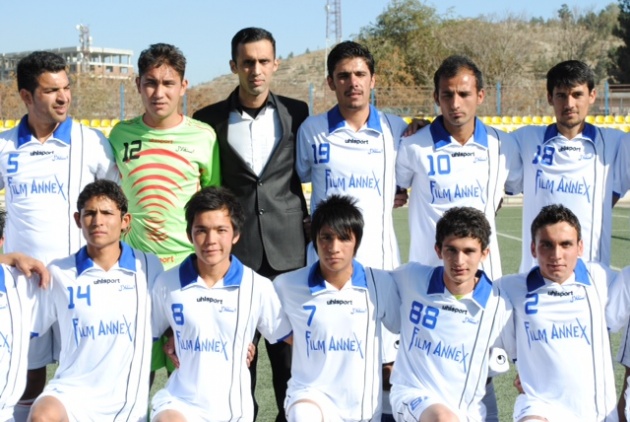 People work all over the world to facilitate peace in many ways. Some try to implement it quietly, others use tanks. Some meet with leaders, others prefer interacting directly with the common population. Some advocate for peace with huge speeches held in front of thousands of people, others prefer doing door-to-door field work, helping an individual at the time. Whatever the strategy chosen, different resources are utilized every day to help improving a peace process: politics (re-)create alliances, medical assistance brings vital support, financial help provides logistics, education clears out propaganda, religious tolerance fights indoctrination, military intervention (arguably) aims at controlling the fighting parts to reach a cease-fire before innocents get hurt.

Likewise, sport can be a very effective vehicle of peace. I am a physical education teacher, and am convinced that sport can provide essential moral values of peace and tolerance for our youth. During my 20+ years of Judo practice, respect is the first concept I was introduced to, and it has remained the most important. You don't enter a Judo mat without bowing as a sign of respect. In sport there's competitiveness, but there's also respect toward the opponent. The aim is to defeat the person you're facing, but you are also aware of the sacrifices that person made to get to that point, which are the very same sacrifices you made. There's a deep understanding of the journey that brought that person to that stage, and with this awareness comes respect. Furthermore, it’s not uncommon to see divided groups of people come together during sport events. Whatever the disagreement might be, sport can provide a communal platform of friendship and tolerance that should not be underestimated.

Two weeks ago millions of Afghans watched their boxer Hamid Rahimi beat Tanzanian Said Mbelwa in Kabul for the World Boxing Organization Intercontinental middleweight belt. It was not only the fist victory in the history of Afghanistan’s professional men’s boxing, but also a great day for all sports in Afghanistan. The match would have been banned under Taliban rule, so it had a huge symbolic value. Although it was a fight, the organizers of the match emphasized that it was a “fight for peace”, making a statement of freedom against radical oppression and military conflicts that have plagued the country for decades. The Afghan people – especially the new generation - are tired of living in a war zone, and long for any sign of development of normality. All they want is what everybody else wants in life: peace, security, stability and freedom.

For the past few months Film Annex has been opening Internet classrooms all over Herat, the third largest city in Afghanistan. This is having a huge impact on the educational system in Afghanistan, which now sees thousands of young Afghan boys and girls connected to the rest of the world. This will likely change the Afghanistan culture forever. Through the Afghan Development Project, Film Annex is providing this new generation of Afghans with the tools to be more inspired and successful professionals, increasing the potential of the economy of Afghanistan.

After using education as a vehicle of peace, progress and business development, Film Annex is now focusing also on the potential that sport has to do the same. Its portfolio company, Citadel of New York, recently became 10% owner of Esteqlal Football Club, the second team in the Football Premier League in Kabul. Football – the American equivalent of soccer - is the national sport of Afghanistan, and Filmannex is hoping to give the team additional motivation and logistics to emerge as the leader in the capital. Esteqlal FC is currently carrying the company's logo on their uniforms. The coach, Zaher Hasani, is also a trainer for the Afghan national team.

With this new move, Francesco Rulli - Film Annex’s president and CEO - intends not only to introduce the Afghan youth to the global community of sports through soccer, but also to use this opportunity to show the whole world that Afghanistan is alive and eager for peace. Because of the war in Afghanistan, Afghan athletes represent a great role model for the youth not only of their own country, but also around the globe. By promoting the image and increasing the following of Esteqlal FC, Film Annex is continuing its mission of showing the real face of this country. Nobody more than Mr. Rulli is saying: Afghanistan is open for business.