SPORTS IN CENTRAL ASIA AND BEYOND: WHEN DISCIPLINE BECOMES ABUSE 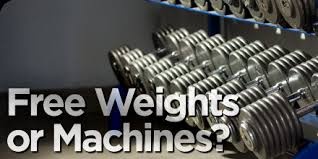 Japan is synonym of discipline, and discipline is synonym of martial arts. The toughness of a martial art master - more precisely a "sensei" - echoes the rich historical and cultural tradition of the proud and fierce Samurai, upper class warriors of the pre-industrial Japan. A Samurai would always act with discipline, and it would be rare to witness a Samurai losing his cool and being overwhelmed by emotions and passions. This type of discipline is still essential today in order to achieve anything in life. Whether people are looking to climb the corporate ladder, improve their family life or develop more wisdom, it is essential that they have discipline. When they lose it, they lose their focus.

This approach and philosophy of life still strongly influences the approach and philosophy of many martial art masters today. They are often proverbially tough because they feel that strict discipline in needed in order to succeed in whatever you do in your life. They believe that true results are never attainable without a rigid apprendiceship through discipline and sacrifice.

Japan is not the only country in which discipline is a big part of athletes training. Eastern European and Central Asian countries are also known for having tough coaches. Even though Afghanistan national sport is soccer, sports in Afghanistan do comprehend martial arts as well, especially boxing, judo and taekwondo. Afghan women and men take pride in participating to such sports, enriching the strength of sports in Central Asia.

To the purpose of developing exceptional athletes, many believe that discipline wouldn't have any true meaning without punishment. Many masters firmly affirm that without the fear of unpleasant consequences, their athletes would be less motivated to improve their skills. Therefore, punishment has always been - and still is - part of many athletes' training. I do agree that some discipline is needed in order to achieve success. As a strength and conditioning coach, I know that we wouldn't go anywhere without making sure that our athletes do all they can to stick to the training regiment, mental preparation and specific nutrition guidelines they are supposed to. Our job as coaches is to do everything we can to bring our athletes to their top physical and psychological condition, providing them with every possible tool to succeed. This requires quite a lot of discipline. There's no partying, there's no skipping training sessions, there's no fooling around during training, and there's very little room for mistakes. It may sound harsh, but you don't create elite athletes by allowing them to make decisions for themselves. You just tell them what to do, and they have to believe and trust in you, or they are out. It's a hard life, but success takes commitment, and commitment takes discipline.

Nevertheless, there's a limit. There's a thin line between discipline and abuse, and it's up to the coach to make sure it's never crossed. Gratuitous violence should never be applied in the name of performance achievement. Just recently, Japan's top female judo wrestlers were subjected to violence by their coach, after 15 athletes complained that they had been physically bullied, slapped and hit with wooden swords by their head coach. The All Japan Judo Federation (AJJF) said head coach Ryuji Sonoda acknowledged the claims. Mr Sonoda received just an official warning.

In another case, another judo coach in Japan has been convicted of assaulting and raping one of his female athletes while she was asleep. Masato Uchishiba was fired from his coaching position, and was barred from all judo competitions by the All Japan Judo Federation. His case is currently under appeal.

The use of physical punishment in Japanese sports is not new. In 2007 the head of a sumo stable was fired by the sport's national body over the treatment of a 17-year-old wrestler who died after being beaten during practice. Tokitaizan, whose real name was Takashi Saito, collapsed after practice while preparing for a prestigious tournament. The coach Tokitsukaze - whose real name is Junichi Yamamoto - said he struck Saito on the head with a beer bottle the day before he died, and forced him to train so hard that he could barely stand the day of his death. In addition, this past December a high school student committed suicide after being beaten by his basketball coach. This is just the end of a long list of Japanese athletes finding themselves victims of a sub-culture that promotes violence and abuse in the name of personal achievement.

Discipline is a good thing. It teaches people valuable lessons about life, and makes them stronger and more determined. It helps them focus better on what they need to be focusing on, and, even though it may not reward all with success, it does make them feel they have no regrets, because they did everything they could to succeed. However, discipline should not be confused with violence, and those who use their power to abuse their disciples in the name of discipline should be denounced, brought to justice and convicted for their crimes. A simple warning and disqualification from competing seem more like a slap in the hand than a real punishment.