Stephen Hawking was a well-known scientist. He was known for his revolutionary work with black holes and relativity. He was the author of several popular science books including 'A Brief History of Time.' He was a British Mathematician and Physicist who has made outstanding contributions to the science of cosmology. Now, what is a science of cosmology?

☯ Stephen Hawking and His Early Life

His full name was Stephen William Hawking. He was born on 8th January 1942 in Oxford, London. His father was a well-known researcher in tropical medicine. His father wanted Stephen to seek a career in medicine but biology and medicine were not his interests. He found his interests in Mathematics and Physics and therefore, he turned to them.

His school education was in St. Alban's School and he was not an outstanding student there. He entered Oxford University in 1959 and he was not outstanding there too. He was a young man who did little school homework but he was able to grasp the fundamentals of mathematics and physics quickly. His early school was really unhappy but at Oxford, he became increasingly interested in physics ( the study of matter and energy). Eventually, he graduated with a first class honors in Physics in 1962. Soon after graduation, he began his postgraduate studies at Cambridge University.

His life at Cambridge University was his life's turning point. He started his studies in cosmology but soon he falls a victim to a disease known as  Lou Gehrig's Disease which confined him to a wheelchair.  His talent was recognized at Cambridge and encourage him to work. He got married in 1965 which was a beautiful event in his emotional life. He completed his doctorate in 1966.

After Doctorate, his journey to success was started. Despite he was a disabled person but the scientists helped him to make such a machine which could understand the movement of his eye-lashes and decode it into a human understandable language. So, he was a man who could talk with his eye-lashes.

With his idea of the singularity, Hawking made his first main contribution to science. A singularity is a place in either time or space at which some quantity becomes infinite. He concluded that such a place is found in a black hole. A black hole is a place where the gravitational field has infinite strength. Scientist Penrose proved that a singularity could exist in the space-time of a real universe.

Taking help from both the work of Penrose and Albert Einstein, Hawking has proven that our universe had its origins in a singularity.

He proposed that in the beginning, all of the matter was concentrated in a single place in the universe. This point was very small but extremely dense. About 15 to 20 billion years ago, that matter exploded in a big bang which initiated space, time, and universe. He used astrophysical research to support big bang theory and the origin of the universe.

One of the basic rules of the universe is that nothing is perfect. Perfection simply doesn't exist.....Without imperfection, neither you nor I would exist

Hawking's research led him to study the black hole. He said that black hole's edges can be detected. These edges are known as the event horizon. He concluded that the surface area of event horizon could only increase and it could never decrease. This happens when two black holes merge into one another and the new hole will be larger than the sum of the two.

He continued to study the nature of black holes and discovered 2 important things. The first is that black holes can give off heat which opposed the claim that nothing could escape from black holes. The second is about the size of the black hole. It was assumed that black holes are huge in size but Hawking suggested that there are millions of mini black holes which were formed by the big bang explosion.

My goal is simple. It is a complete understanding of the universe, why it is as it is and why it exists at all.

Hawking's physical condition was not good at all. It grew from bad to worse but the important thing is that his intellectual achievements were increased. He wrote down all of his ideas in a book known as "A Brief History of Time: From the Big Bang to Black Holes". This book got famous and more than a million copies were sold. Not only this, it was listed as the best selling non-fiction book for more than a year. 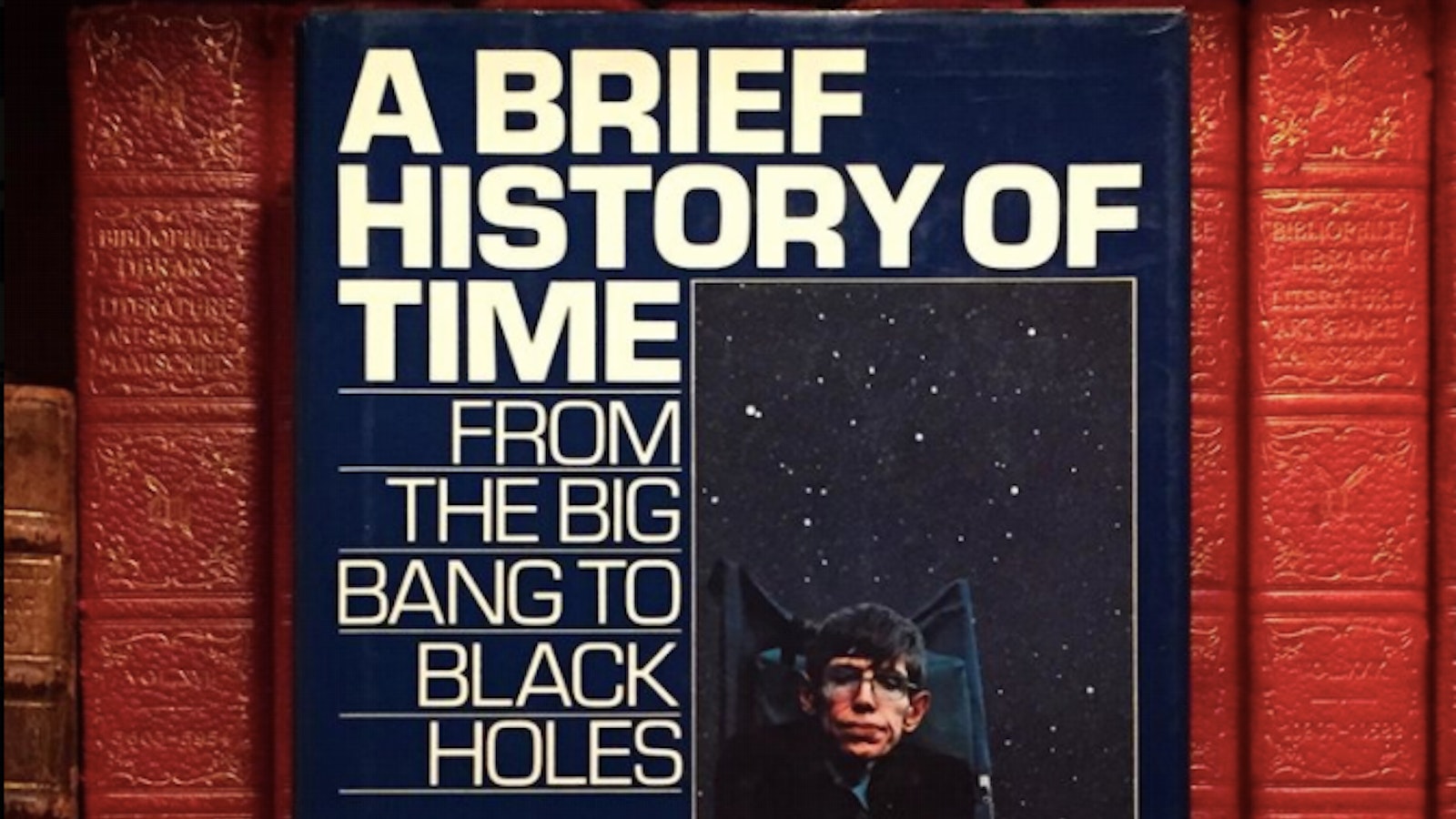 His another book was "Black Holes and Baby Universes and Other Essays" which he wrote in 1993. This book contains his scientific thoughts and also some chapters of his personal life. Some of his other books are listed below.

☯ My Brief History
☯ The Grand Design
☯ Black Holes: The Reith lectures
☯ The Universe in a Nutshell
☯ The Large Scale Structure of Space-time
☯ God created the Integers

There are many others book too which you can search online and read to know about the work and thoughts of Stephen Hawking.

This unusual man who has made tremendous efforts in the field of science and changed the way of thinking died on 14th March 2018. The golden era has come to an end. Though he is not with us but his tremendous work and discoveries will remain with us and they will open new doors to the world.