The country France is a very beautiful and wonderful country and Paris city of France is very famous for its beautiful looking tower. The name of the tower is Eiffel tower which is a very renowned tower of Paris. It is believed that the couples come and make a vow near the tower and promise to stay together, all their promises becomes true which they take under the tower.

There was a photographer who was a woman, one day she went to take pictures of the buildings in the Paris city and while she was clicking the pictures, she saw the huge tower. It was either by mistake or with intention that she saw a guy taking the pictures who was clicked in the photo. He was wearing a leather jacket of black color with glasses on his eyes. He had an acoustic guitar in his hand and the photos which he had taken of the tower with his red face, the woman could see only them. Out of curiosity, the man came near to approach her and introduced each other.

The woman and the man sat together and shared the pictures. She showed the photos of the building she took in Paris and then she also show him the photos which he took where she was also there in it while he was taking the pictures randomly. The man got astonished to see them as they were looking very nice with the background of the magnificent Eiffel tower.

Soon after they started knowing each other, a street singer came who used to sing songs very often near the Eiffel tower and the photographer was no one but the woman. A month passed by and they started sharing stories with each other which made it very uncomfortable to be at the whereabouts of the man. The next morning, the woman came to the Eiffel tower to take more pictures for her documentation and she saw the man with his guitar. A man was singing a beautiful song for the woman in the show and then he came slowly near the woman and he stopped singing. She became silent for a while with lots of questions in her mind before the man gave her a bouquet of flowers of roses and spoke loudly before her so that she could wait and listen to what he wanted to say and the woman with a smile on her face covered the man with a happy cry.

The woman felt happy after that as she now became the lover of the man. No sooner did the days passed by, the man kept selling his voice through his melodious songs in the moonlight near the Eiffel tower and the woman kept taking his photos.

As the days passed by, their seriousness towards the relationship also became stronger to live together with laughter, tears and smiles. The man took the rose to Eiffel tower’s top and surprised woman by asking her to be his life partner. The smile of the woman made him hug her in the reflection of the moonlight near the tower.

This was the reason which made the woman understand the reason of couples going to Eiffel tower and promising each other for eternal love and bond. Eiffel tower is a very romantic and beautiful place. In order to look into the beauty of the Eiffel tower more closely you just need to stand over the green grass at night when it looks gallant and at night, the Eiffel tower looks very amazing and beautiful due to the reflection of the light of the moonlight which feels like a soothing heart and very nourishing like love. One does not need to be perfect in love or have a perfect love but sincerity and truthfulness is all what is required in love. 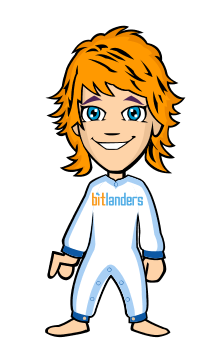