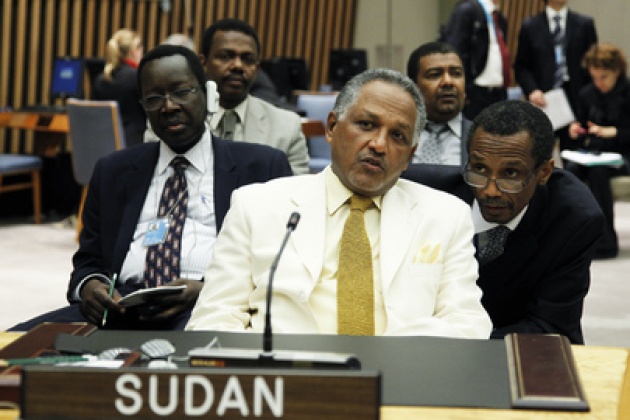 UN Security Council adopted a rather direct resolution on Sudan and South Sudan which outlined specific demands of the two countries now engaged in cycles of conflict and left open the threat of sanctions. After a lengthy negotiation within members of the UNSC, the Resolution did not impose sanctions yet, but threatened further measures. By deeming the current situation “a serious threat to international peace and security,” the UNSC left open the option for further measures, including Chapter VII which allows for sanctions or even military measures.

South Sudan became independent from Sudan in July 2011. However, the peace between the two countries has been threatened recently by clashes along their common border and outstanding post-independence issues that have yet to be resolved. According to UN News Centre Report: “Tensions have increased in recent weeks after South Sudanese forces moved into the oil-producing region of Heglig in Sudan’s South Kordofan state before eventually departing, and Sudanese forces engaged in the bombardment of South Sudanese territory.” See Blog for Video – “The Two Sudans: Separation Yields More of War-Less Peace”.

The UNSC, among other measures, called for both countries to:

---unconditionally withdraw all of their armed forces to their side of the border;

---activate, within one week, the necessary border security mechanisms; and

---immediately cease hostile propaganda and inflammatory statements in the media.

The UNSC, most critically, also called upon Sudan and South Sudan to unconditionally resume negotiations – to be “concluded within 3 months” – to reach agreement on arrangements concerning oil and associated payments, the status of nationals of one country resident in the other, resolving the status of disputed and claimed border areas and border demarcation, and the final status of the disputed area of Abyei.

The UNSC also “expresses its intention, in the event that any or all of the parties have not complied with the decisions set forth in this resolution, to take appropriate additional measures under Article 41 of the Charter as necessary.”Article 41 falls under the UN Charter’s Chapter VII, which deals with threats to the peace, breaches of the peace and acts of aggression. It states that the Council may decide what measures – not involving the use of armed force – are to be employed to give effect to its decisions, and it may call on the Members of the United Nations to apply such measures. These may include complete or partial interruption of economic relations and of rail, sea, air, postal, telegraphic, radio, and other means of communication, and the severance of diplomatic relations. Under Chapter VII as whole, the UNSC could also call for “all necessary measures” which has been employed to authorize military measures, although it is not yet likely while not entirely ruled out in this situation.

Toby, a Sudanese who worked as a cleaner in the building where I was working in Dubai, United Arab E…