Blame it on Batman, but the DC universe has gotten awfully dark in recent years, especially compared with the candy-colored competition over at Marvel.

Rather than bringing levity and irreverence to the increasingly unpleasant comic-book sphere, as its psychedelic acid-twisted marketing campaign suggests, “Suicide Squad” plunges audiences right back into the coal-black world of “Batman v Superman: Dawn of Justice,” picking up after the Man of Steel’s demise to imagine a government so desperate that its only hope to fight the next “meta-human” threat is by assembling a team of the gnarliest super-villains around.

While that idea doesn’t make a lick of sense — especially since the U.S. wouldn’t be facing a meta-human threat if overzealous federal agent Amanda Waller (Viola Davis) hadn’t unlocked these bad guys to form Task Force X in the first place — implausibility alone doesn’t make it any less enticing to imagine how a director of David Ayer’s caliber might pluck nine of the most ill-behaved characters from the DC stable for an intense spandex-clad, super-powered spin on “The Dirty Dozen.”

And where is Batman anyway through all of this? (Or the Flash, who appropriately flits by in a blink-and-you-miss-it cameo.) Isn’t the Enchantress situation better suited to the Justice League’s skills than those of a bunch of renegades who, were it not for the Wayne Industry-crafted explosive devices implanted in their spinal columns, would gladly join the deranged witch in destroying the world? Whereas “Batman v Superman” managed to raise certain pseudo-provocative questions about how real people might react to being protected by vigilante “meta-humans,” “Suicide Squad” deals with a 100% unreasonable solution to future threats. Like Deadpool” earlier this year, it’s entertaining insofar as it allows the characters to crack wise and act out, though they can only go so far within the onfines of MPAA guidelines and the rigid DC mythology. On paper, his could have been the antidote to an increasingly codified strain of comic-book movies, but in the end, it’s just another high-attitude version of the same. 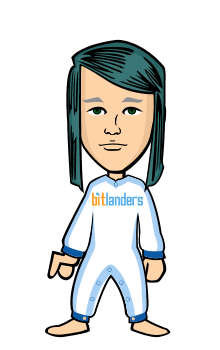 Squad Yourself! Have fun with the Suicide Squad Avatar Generator

Oh my, I just spent an hour or so enjoying this cool Suicide Squad icon creator. Haha~ Who knew it w…

This was a bold concept as a comic, I will be interested to see how it plays out on the big screen n…

New Joker will be based from The Dark Knight Returns

The hype of Jared Letos new Joker in the upcoming film Suicide Squad, is growing more and more and e…